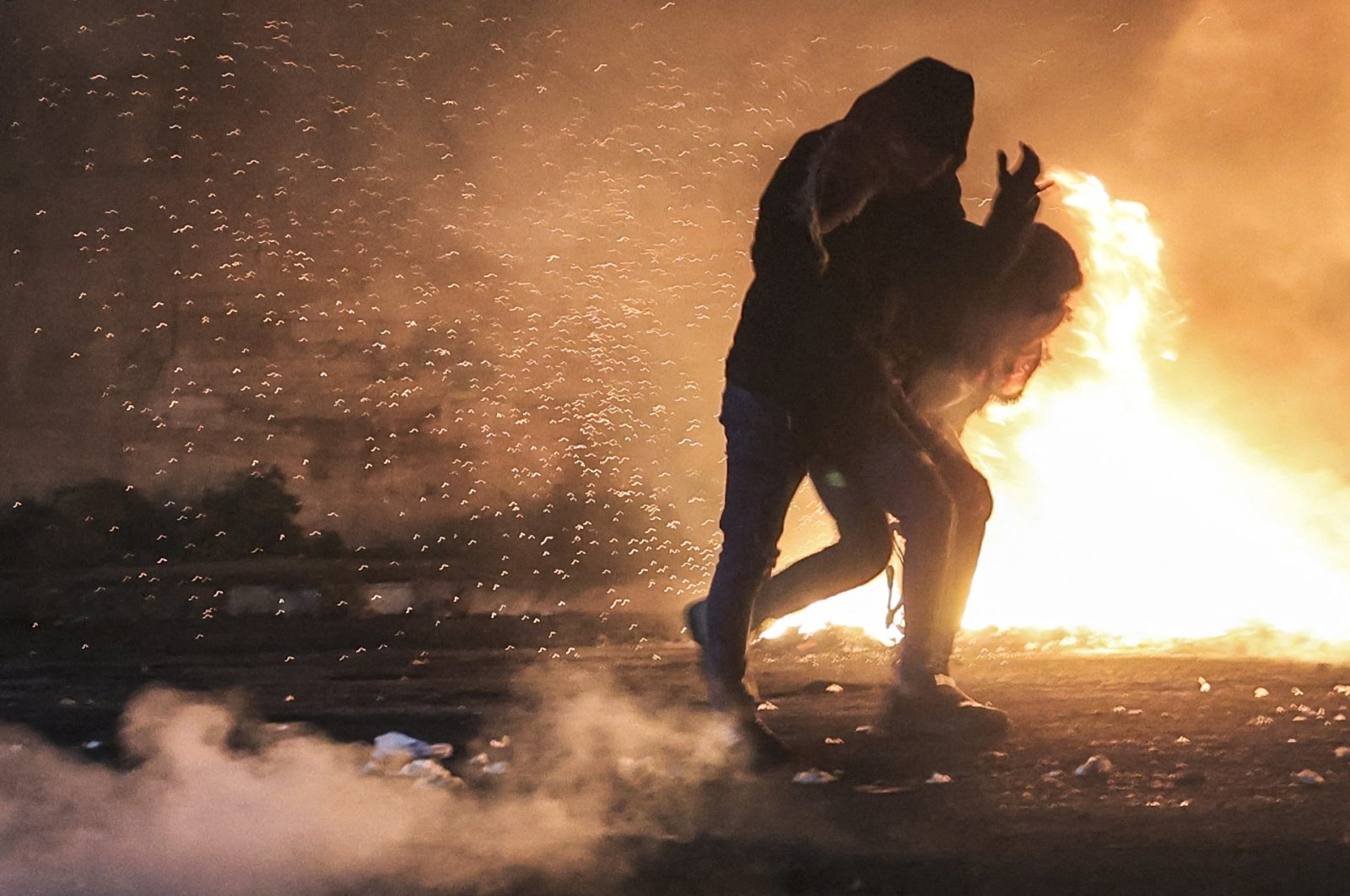 Dozens of Palestinian protesters were injured Saturday when Israeli forces fired both live and rubber-coated bullets in the northern occupied West Bank.

Israeli forces clashed with Palestinians in the West Bank in an area that has seen a recent uptick in friction, the Israeli military and Palestinian medics said. The clashes late Saturday were part of days of tension in the area surrounding a West Bank settlement outpost and a spike in violence elsewhere in the West Bank and East Jerusalem.

Eight Palestinians were injured by live bullets and 35 by rubber-coated bullets during the protest in Burqa village because of calls by Israeli settlers to march to the Homesh settlement near Nablus, which was evacuated in 2005.

The Director of the Palestinian Red Crescent, Ahmed Jebril, told Anadolu Agency (AA) that medical teams treated eight people with live bullet wounds. He said one of the injured is in serious condition, while 95 were affected by tear gas.

The Palestinian Health Ministry said one of them, a 17-year-old, was seriously wounded. The military said forces fired live bullets at protesters along with "riot dispersal means," typically tear gas and stun grenades.

Homesh, in the northern West Bank, was dismantled as part of Israel's withdrawal from the Gaza Strip in 2005. But in recent years, Israeli settlers have returned to pray and have established an unauthorized outpost at the site.

Last week, Yehuda Dimentman, a 25-year-old Jewish seminary student, was killed and two others were wounded near Homesh, which is considered illegal by the Israeli government.

That triggered thousands of far-right Israeli settlers to march to Homesh shouting "Death to Arabs" and "May your village burn." During the week, dozens of Palestinian homes were stormed by far-right demonstrators and a number of Palestinians were brutally beaten.

According to Israeli media reports, settlers were expected to march again to the outpost on Saturday night, drawing calls on Palestinian social media for nearby villagers to be on alert.

Settler violence against Palestinians has seen an increase during the olive harvest. In mid-November, Israeli settlers attacked a group of Palestinian farmers with pepper spray and clubs in the farmland surrounding Homesh, injuring four people, as Agence France-Presse (AFP) reported.

Israel captured East Jerusalem and the West Bank in the 1967 war, and the territories are now home to over 700,000 Israeli settlers. Most of the international community considers Israeli settlements to be illegal obstacles to peace.

The Palestinians seek East Jerusalem and the West Bank as parts of a future independent state.