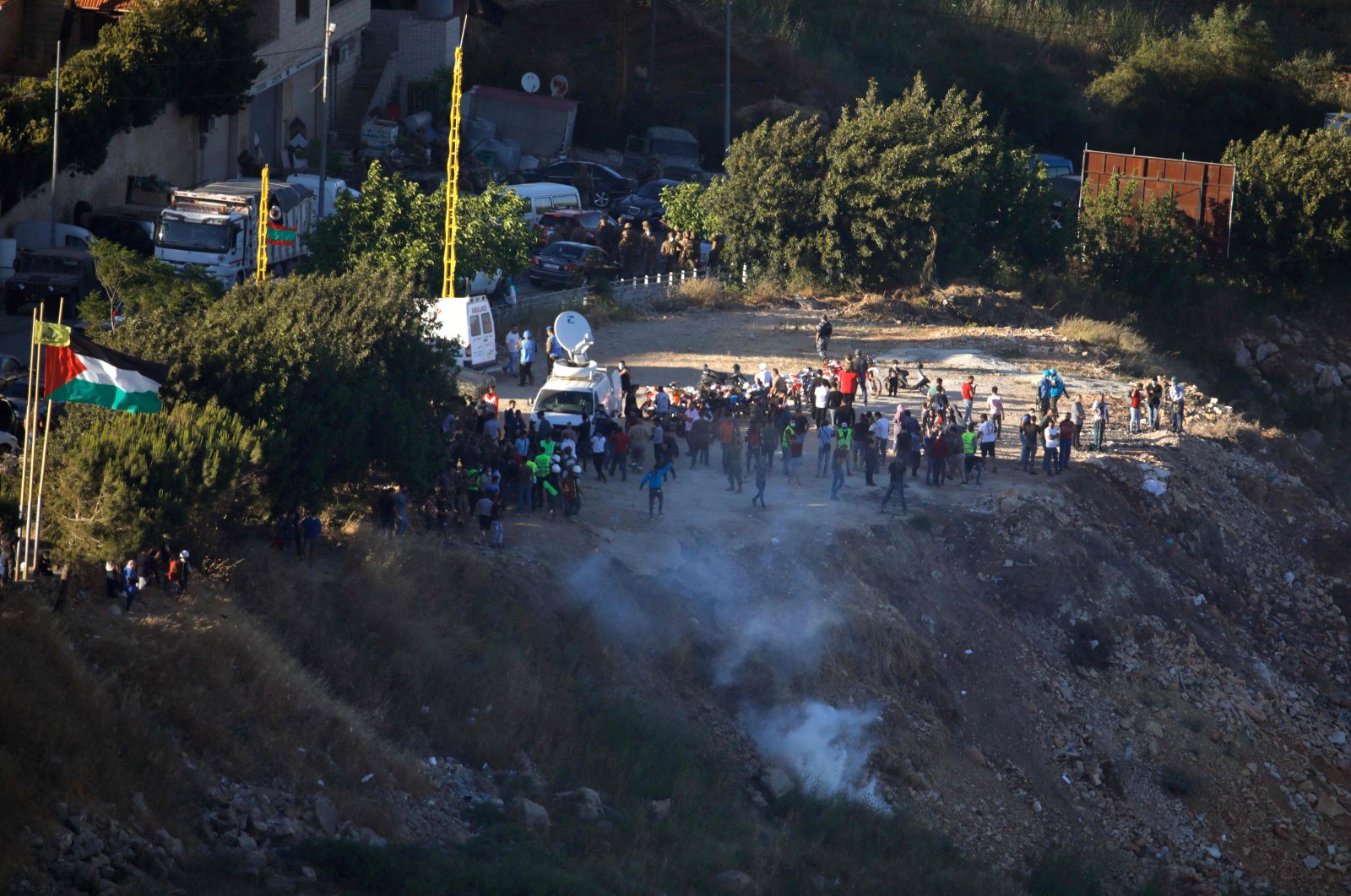 Israeli security forces fire tear gas to disperse pro-Palestinian protesters near the Israel-Lebanon border, as seen from the kibbutz of Misgav Am, northern Israel, May 18, 2021. (AFP Photo)
by French Press Agency - AFP May 18, 2021 7:42 pm
RECOMMENDED

NNA did not say if those injured were Lebanese citizens or Palestinian refugees.

Since last week, a series of protests along Lebanon's border with Israel have been held against Israel's indiscriminate bombardment of Gaza, a densely populated Palestinian enclave.

That air assault has killed 213 Palestinians, according to Gaza's health ministry. The Israeli strikes have also displaced more than 50,000 people, the United Nations said.

A Lebanese demonstrator was shot dead by Israeli fire Friday after he tried to cross the border fence into northern Israel.

Several other protestors have been wounded in similar incidents over the past week which came amid heightened tensions along the border.

On Monday, the Israeli army said it launched artillery fire toward Lebanon in response to rocket fire from the neighboring country that failed to hit the Jewish state.

The Lebanese army Tuesday said that 10 shells and seven flare bombs had been fired by Israel into south Lebanon in response to the rocket attack – which no group has yet claimed.