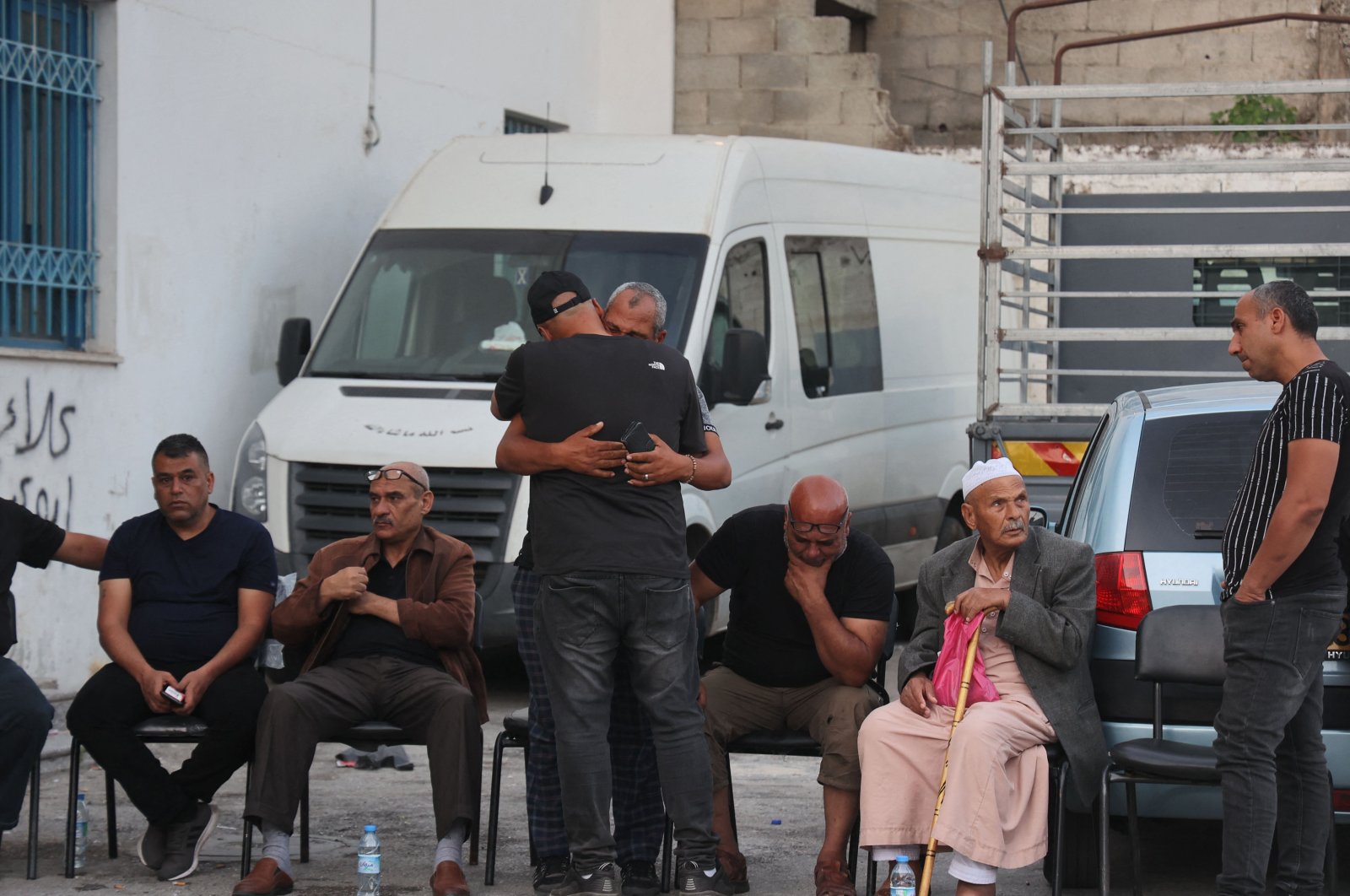 Relatives of a Palestinian killed by Israeli forces mourn outside a hospital in Jenin in the north of the occupied West Bank, Palestine, June 10, 2021. (AFP Photo)
by ASSOCIATED PRESS Jun 10, 2021 11:29 am
RECOMMENDED

Israeli officials had no immediate comment on the overnight incident in Jenin.

"It appears that the unit they fired on was undercover," the source said. "Our forces fired back, apparently thinking that the shooting from the Palestinian security men was part of the clash with the wanted terrorists."

A spokesperson for Palestinian President Mahmoud Abbas condemned what he called a “dangerous Israeli escalation," saying the three were killed by Israeli special forces who disguise themselves as Arabs during arrest raids. The spokesperson, Nabil Abu Rdeneh, called on the international community and the United States to intervene to halt such attacks.

Online video appears to show Palestinian officers taking cover behind a vehicle as gunshots are heard in the background. One shouts that they are exchanging fire with Israeli “undercover” forces. The PA said the two officers were members of its military intelligence force.

Under interim peace agreements signed in the 1990s, the Palestinian Authority has limited autonomy in scattered enclaves that together make up around 40% of the occupied West Bank. Israel has overarching security authority in the West Bank and routinely carries out arrest raids in Palestinian cities and towns administered by the PA.