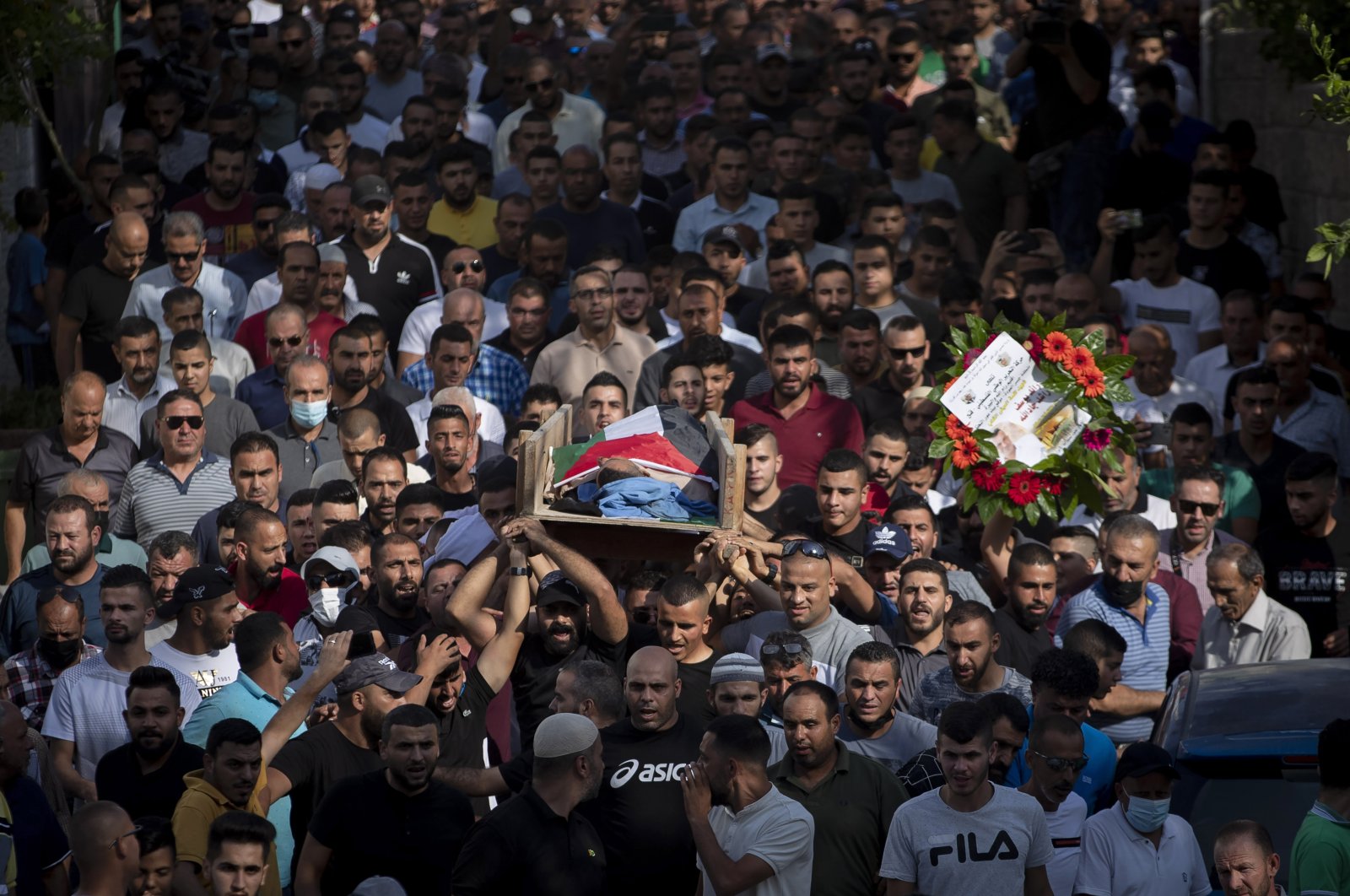 Palestinian mourners carry the body of a Palestinian citizen who was killed by Israeli forces at the western entrance of his village while returning from work in the early hours of Wednesday morning, during his funeral, in the West Bank village of Beit Ur al-Tahta, Palestine, Sept. 1, 2021. (AP Photo)
by REUTERS
Sep 02, 2021 9:43 am

The Israeli military launched an investigation after its soldiers shot and killed a Palestinian citizen returning from work in Israel to the occupied West Bank.

In a statement, the military said troops operating on Wednesday near a highway had fired at a "suspect, who fled the area."

Some 90 minutes later, "a civilian with a gunshot wound" arrived at an Israeli military checkpoint in critical condition and was treated by medical personnel, but died, the statement said.

Palestinian residents identified the deceased as a 39-year-old man who lives near the scene of the shooting. They said he could work legally in Israel and was on his way home when he was shot.

"The incident is under review, and is simultaneously being investigated by the Military Police Criminal Investigation Division," the military said. "The findings will be transferred to the Military Advocate General's Corps for examination."

The occupied West Bank, Gaza and East Jerusalem, areas where Palestinians hope to create an independent state, were captured by Israel in the 1967 Six-Day War. Violence has erupted often since U.S.-sponsored peace talks broke down in 2014.