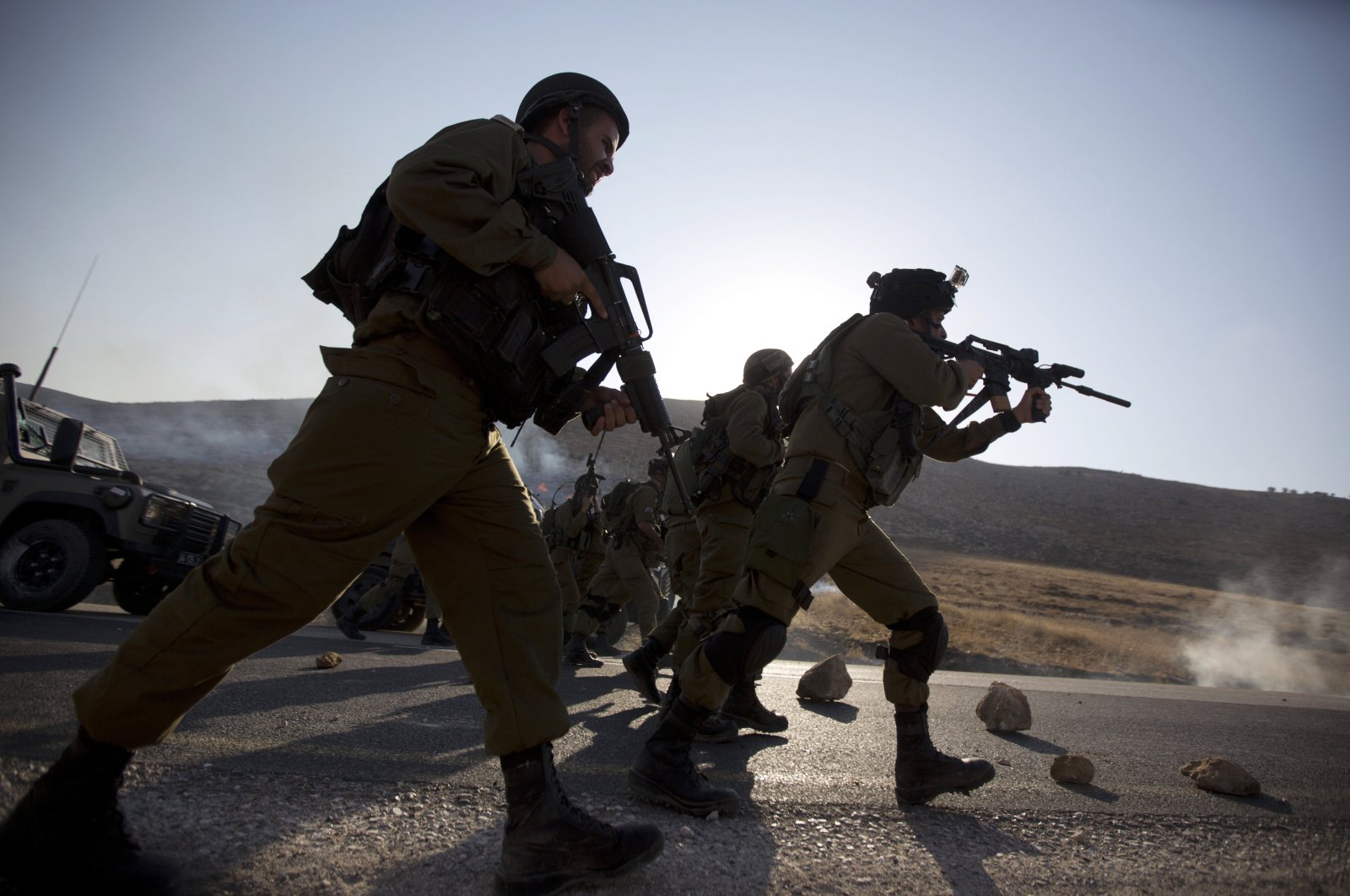 Israeli security forces detained a Palestinian child for flying a Palestinian flag on his bicycle, according to video footage shared on Twitter.

In the video, at least six police officers holding machine guns are seen surrounding the child, who was riding a bicycle with a Palestinian flag in the Ras al-Amud neighborhood in Jerusalem.

Israel has frequently come under fire for its violent treatment of civilians, including children.

Israel's treatment of Palestinian children in military detention has particularly become a major concern for the international community. A nongovernmental organization (NGO) highlighted numerous rights violations in prisons, saying that more than 400 boys and girls were arrested by Israeli forces in the first 10 months of 2020.

According to the Palestinian Prisoners Society (PPS), since 2015 Israel has been passing new laws that legalize issuing children long prison sentences, in some cases up to life imprisonment. Palestinian figures show that around 4,400 Palestinians, including 39 women, 155 children and 700 sick patients, are currently held in Israeli detention facilities.

In its annual report in 2019, the PPS said that the children arrested by Israel experienced numerous rights violations. They are often taken from their homes, usually late at night under harsh conditions, the report said. It noted that the arrested children are deprived of their right to education, a clear violation of the Declaration of the Rights of the Child, and some of the children are denied family visits and proper medical treatment.

Defense for Children International - Palestine asserted that Israeli forces had deliberately killed minors with live ammunition during protests. It states that this death toll includes 21 children targeted directly, 11 of whom were shot in the head or neck. The U.N. Children's Fund (UNICEF), said over 1,000 children were injured by Israeli forces in the besieged Gaza Strip during demonstrations.

At least 217 Palestinians have been killed, including 63 children and 36 women, and 1,500 others injured in Israeli attacks on the Gaza Strip since May 10, according to the Palestinian Health Ministry.

Recent tensions that started in East Jerusalem during the Muslim holy month of Ramadan spread to Gaza as a result of Israeli assaults on worshippers in the Al-Aqsa Mosque complex and Sheikh Jarrah neighborhood.