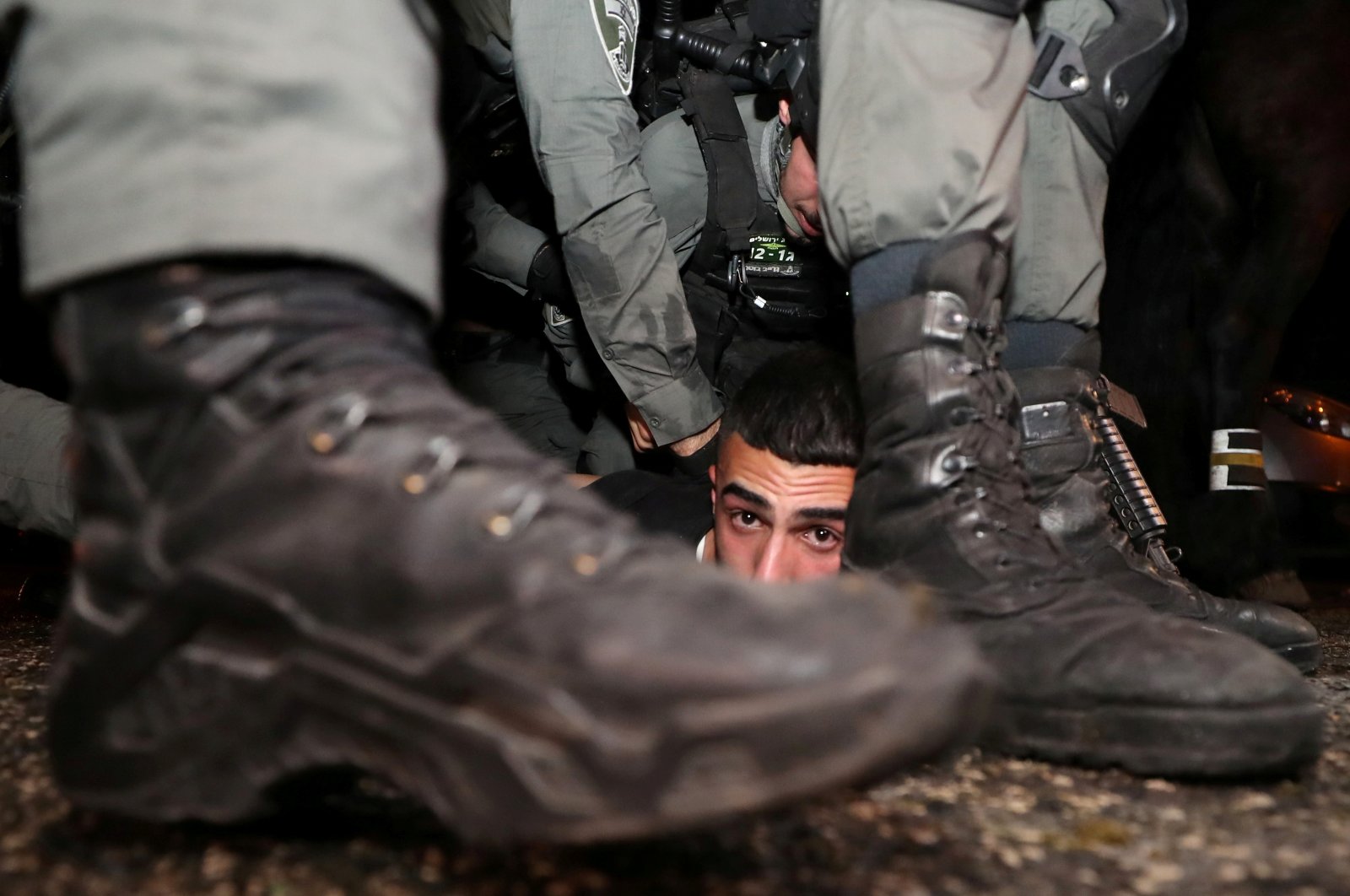 Israeli police detain a Palestinian protester amid ongoing tension ahead of an upcoming court hearing in an Israel-Palestinian land-ownership dispute in the Sheikh Jarrah neighborhood of occupied East Jerusalem, May 5, 2021. (Reuters Photo)
by Agencies May 06, 2021 12:32 pm

A 16-year-old Palestinian was fatally shot by the Israeli military Wednesday during clashes over Tel Aviv’s forced eviction of Palestinians from the Sheikh Jarrah neighborhood in occupied East Jerusalem.

The Palestinian Health Ministry identified the teen as Saeed Yusuf Muhammad Oudeh and said he was killed in the village of Odla, near the city of Nablus.

The Israeli military said troops had fired towards Palestinians who were hurling Molotov cocktails at them near the Palestinian village of Beita, south of Nablus.

"The troops operated to stop the suspects by firing towards them," an Israeli military spokesperson said, adding that the incident would be investigated.

Residents of Beita and the nearby village of Odala say there have been clashes between Palestinians and Israeli troops near the villages' entrances for the past few nights.

A second Palestinian was shot in the back during the clashes on Wednesday and was being treated in hospital, the Palestinian Health Ministry said.

Earlier this week, several Palestinians were injured and others were arrested by Israeli security forces during clashes in occupied East Jerusalem that were part of a demonstration of solidarity with the residents of the Sheikh Jarrah neighborhood. Three of the injured Palestinians, among at least 10 in total, were hospitalized, the Palestine Red Crescent said Monday.