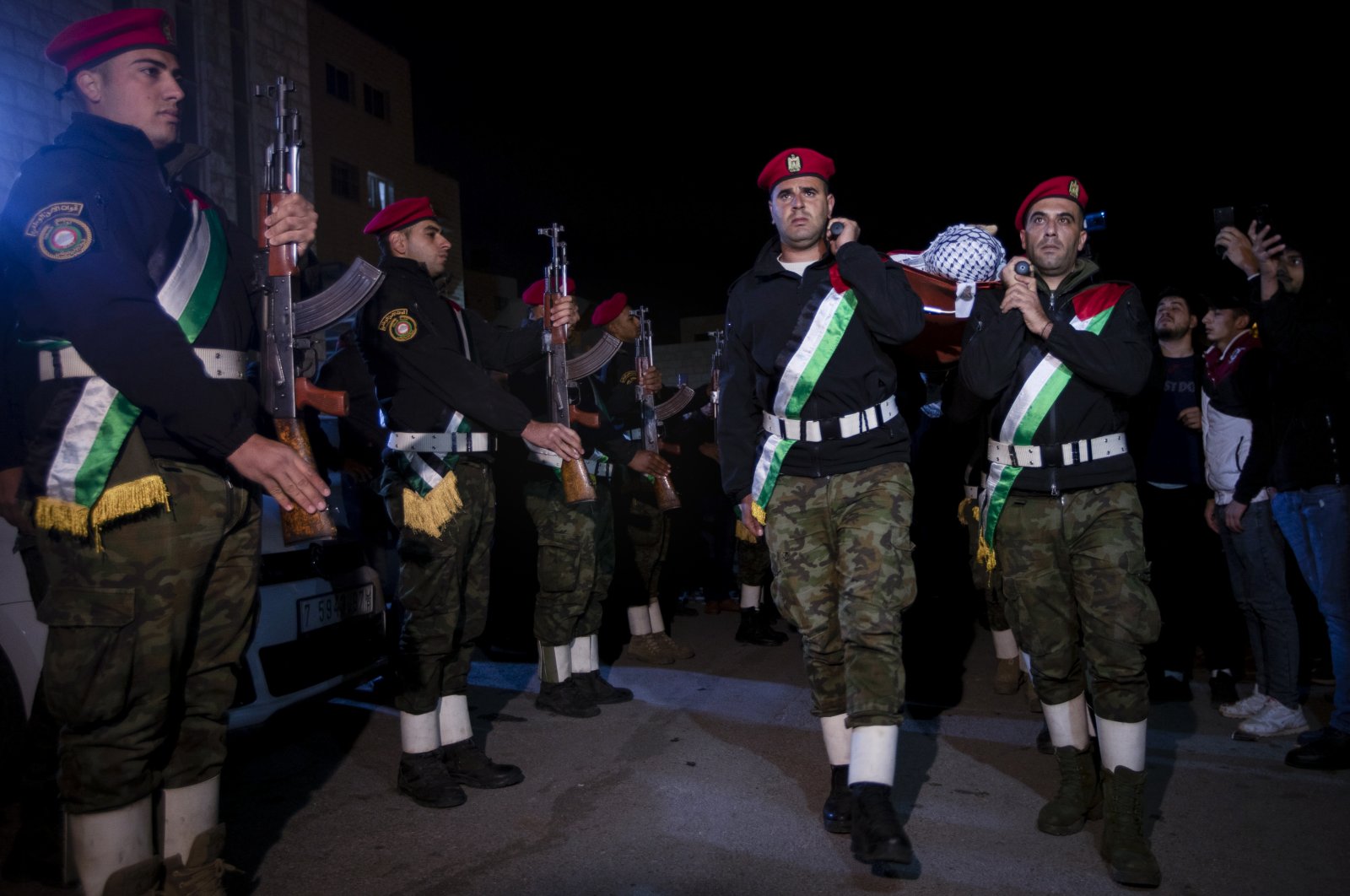 Members of the Palestinian national security forces carry the body of Jamil Abu Ayyash, 31, during his funeral in the West Bank city of Nablus, Palestine, Dec. 10, 2021. (AP Photo)
by Agencies Dec 13, 2021 9:02 am
RECOMMENDED

A Palestinian man was killed during clashes with Israeli forces in the northern occupied West Bank early Monday, security and medical sources said.

The Palestinian sources identified the man as Jamil al-Kayyal, 31, and said he died as a result of bullet shots to his head following a clash in the Ras al-Ain area in the city of Nablus.

Israeli media reported that clashes erupted after paramilitary border police, aided by army soldiers, entered Nablus to arrest a wanted Palestinian. There were no casualties among the Israeli troops, which arrested the wanted man.

"When the special forces finished their operation and exited the site, rioters hurled explosive devices at them from a short range, risking their lives," police said in a statement, according to Agence France-Presse (AFP). "The forces responded with fire toward the attackers, and appeared to have hit one of them, who was evacuated from the scene by Red Crescent" medics, the statement said.

Online videos appeared to show al-Kayyal lying on the ground, bleeding, after the forces left the neighborhood.

While Israel does not have a permanent presence in Palestinian cities in the West Bank, the Israeli military often conducts arrest raids, even in territories that are under the control of the Palestinian Authority (PA), the internationally recognized entity that has limited autonomy in parts of the area.

The near-daily raids are conducted to search for Palestinians and are often followed with clashes that are sometimes deadly.

Excluding annexed East Jerusalem, about 475,000 Israeli settlers live in fortified communities in the West Bank, which is home to more than 2.8 million Palestinians.

Palestinians eye the West Bank, which Israel captured in the Six-Day War of 1967, as part of their future state, while hardline Israelis, including Prime Minister Naftali Bennett, say it is a heartland of Jewish history.