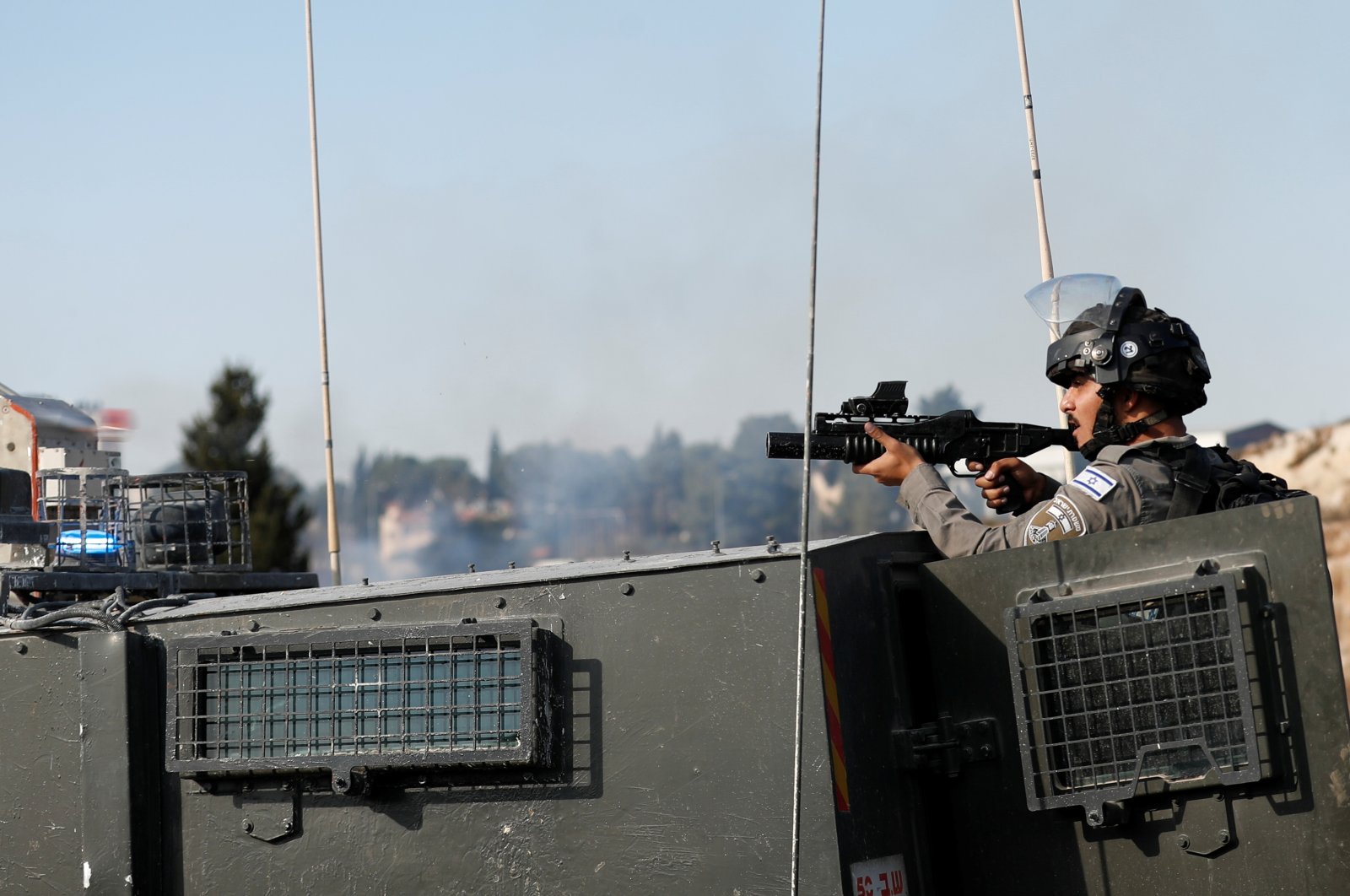 A member of the Israeli forces aims with a gun during a protest near the Jewish settlement of Beit El, near Ramallah, in the Israeli-occupied West Bank, Nov. 11, 2021. (Reuters Photo)
by ASSOCIATED PRESS Nov 16, 2021 10:26 am
RECOMMENDED

A Palestinian man on Tuesday was shot and killed by Israeli fire in the occupied West Bank, Palestinian health officials said.

The Palestinian Health Ministry said Saddam Hussein Beni Odeh, 26, was shot by Israeli soldiers at the entrance to Tammun, a town near the northern city of Nablus.

The circumstances of the shooting were unclear, and the Israeli military had no immediate comment.

The Israeli military often conducts arrest raids in the occupied West Bank, even in areas that are under control of the Palestinian Authority (PA), the internationally recognized entity that has limited autonomy in parts of the area. Palestinians often throw stones at Israeli patrols, drawing live fire in return.

In recent months, the West Bank has seen an increase in violence. Last week, a 13-year-old Palestinian boy was killed by Israeli fire during clashes with stone-throwing Palestinians. There also have been a string of attacks by Israeli settlers on Palestinians.

Over the past six months, there have been weekly clashes in the nearby town of Beita, where Palestinians hold protests against the establishment of an unauthorized Israeli settlement outpost that was built on their land. At least five protesters have been killed by Israeli forces.

Under a deal in June between the Israeli government and the settlers of Eviatar, the settlers left the outpost but the settlement’s buildings remain intact and under army guard. The Palestinians have rejected the deal, saying it is a step by Israel toward taking their land.

Earier, Israeli authorities approved 3,000 new settler homes in the West Bank, while also agreeing on Thursday to build 1,300 housing units for Palestinians who live in areas of the West Bank that are under full Israeli control.

Israeli Prime Minister Naftali Bennett – a strong supporter of settlements – has opposed a Palestinian state and shown no interest in reviving the long-dormant peace process. But he has called for steps to reduce friction and improve economic conditions for Palestinians.