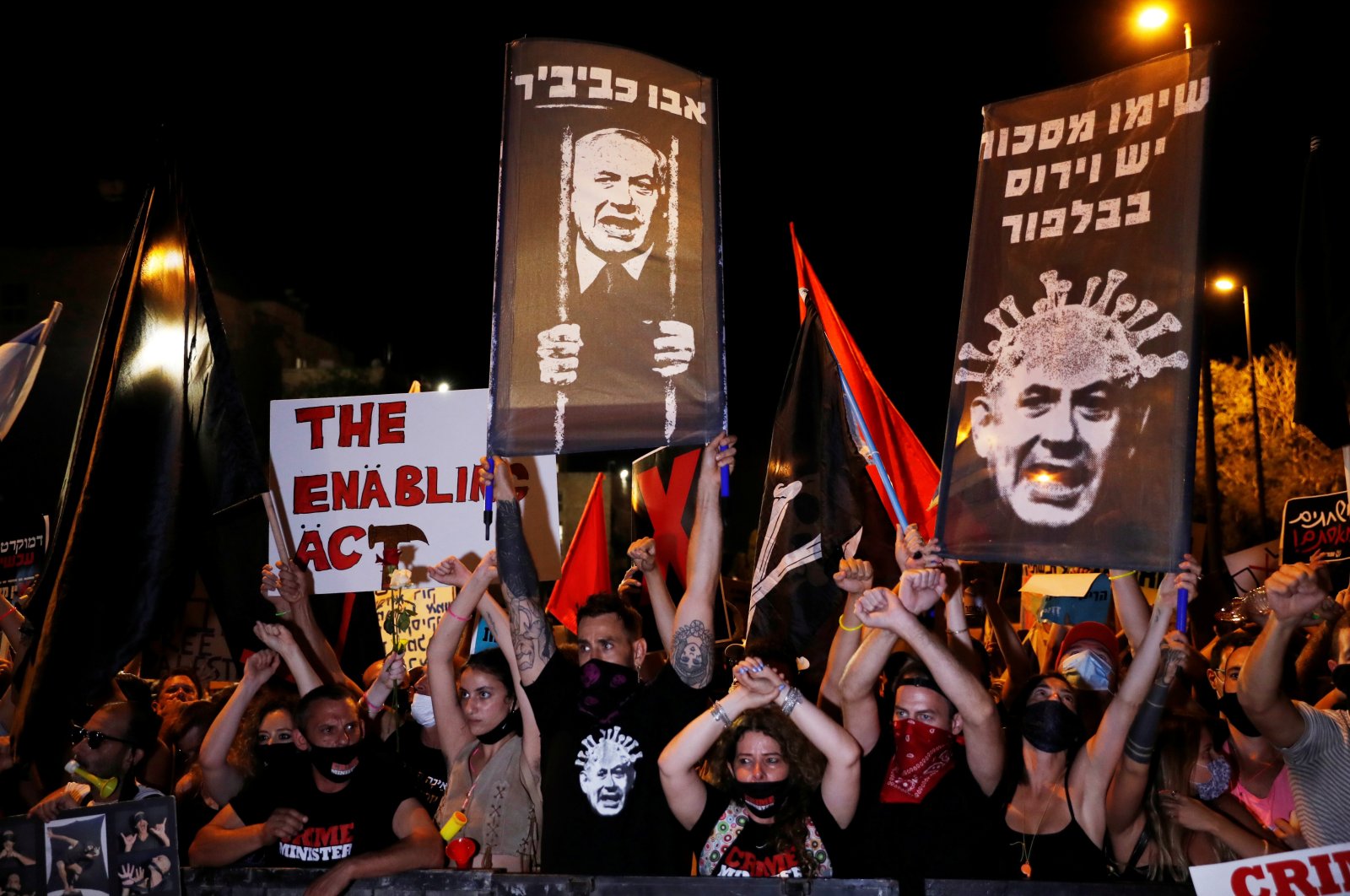 Israelis protest against Israeli Prime Minister Benjamin Netanyahu and his government's response to the financial fallout of the coronavirus crisis outside Netanyahu's residence in Jerusalem, July 21, 2020. (Reuters Photo)
by ASSOCIATED PRESS Jul 28, 2020 10:08 am

Thousands of Israelis held several demonstrations across the country against their prime minister Saturday, with the main protest taking place in Jerusalem outside the official residence of Benjamin Netanyahu.

The protests have been going on for the past few weeks, sparked by what critics see as a government failure to handle the coronavirus crisis after initially keeping the threat of the virus at bay. Corruption charges against Netanyahu have further fueled the demonstrations.

"Bibi, go home,” read one sign held by a protester. Another placard read "Everyone can see that the emperor has lost his clothes.”

Hundreds of protesters Saturday also gathered outside Netanyahu’s beach house in the upscale town of Caesarea.

After what has been called a hasty and erratic reopening of the economy in May, infections shot up with the average number of new cases daily at 2,000. The country’s economy has been battered by virus restrictions and the unemployment rate has skyrocketed to nearly 20%.

Protesters say the government’s offers of financial assistance have been nowhere near enough.

The protests came in the shadow of Netanyahu’s corruption trial which resumed this month. Hearings will start in January. He is charged with fraud, breach of trust and accepting bribes in a series of scandals.