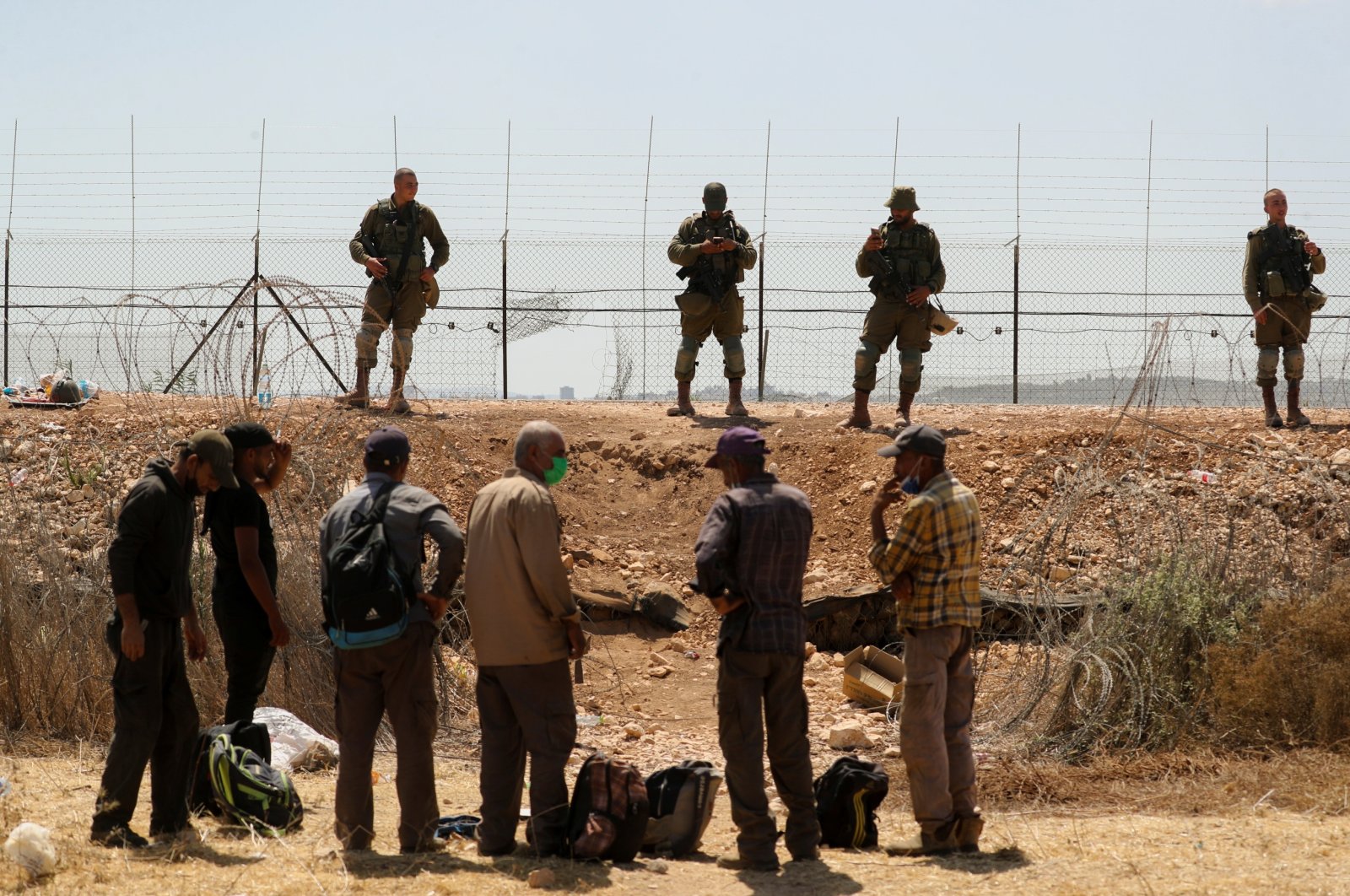 Palestinian men gather while Israeli soldiers guard along a fence leading to the Israeli-occupied West Bank, as part of search efforts to capture six Palestinian men who had escaped from Gilboa Prison earlier this week, by the village of Muqeibila in northern Israel, Sept. 9, 2021. (Reuters Photo)
by French Press Agency - AFP Sep 10, 2021 11:52 am
RECOMMENDED

The Israeli army on Friday arrested more relatives of six escaped Palestinian prisoners, an advocacy body said, as troops kept up a massive manhunt in the occupied West Bank.

Israel has poured troops into the Palestinian territory since Monday's breakout by six Palestinians from the high-security Gilboa Prison in northern Israel through a tunnel dug beneath a sink in a cell.

Two brothers and a sister of escaped prisoner Mahmud Ardah were arrested on Friday morning in the village of Arraba near Jenin in the northern West Bank, the Palestinian Prisoners Club said.

Ardah, a member of the Palestinian group Islamic Jihad, has been imprisoned for life since 1996 over his role in deadly attacks.

Other relatives of the six fugitives, all from the Jenin area, were arrested on Wednesday and are being held in detention, according to the Palestinian advocacy group. The Israeli army had no immediate comment on the Friday arrests.

Speaking on a visit to a checkpoint between Israel and the West Bank, Defense Minister Benny Gantz vowed: "Sooner or later, we'll lay our hands on those we seek."

Gantz stressed that Israel did not want to see its reinforced military presence in the territory lead to any escalation.

"It's six people out of the millions living here," he said. "We need to be able to deal with these six and their accomplices without disrupting the other balances here.

"I hope this day will end quietly, either way the (army) is prepared for any development," Gantz said.

Palestinians have been celebrating the breakout with demonstrations in both the West Bank and the Israeli-blockaded Gaza Strip, some of which have been accompanied by rioting.

Islamic Jihad and Palestinian resistance group Hamas have called for a "Day of Rage" in the West Bank on Friday.

An Israeli injunction is in effect against publishing details of the jailbreak investigation, even as Israeli media report on the scramble to recover from the embarrassing lapse.

On Thursday, Public Security Minister Omer Bar Lev said he and Prime Minister Naftali Bennett had agreed to form a commission of inquiry led by a retired judge.