Israel's Netanyahu appears in court as coalition talks ramp up 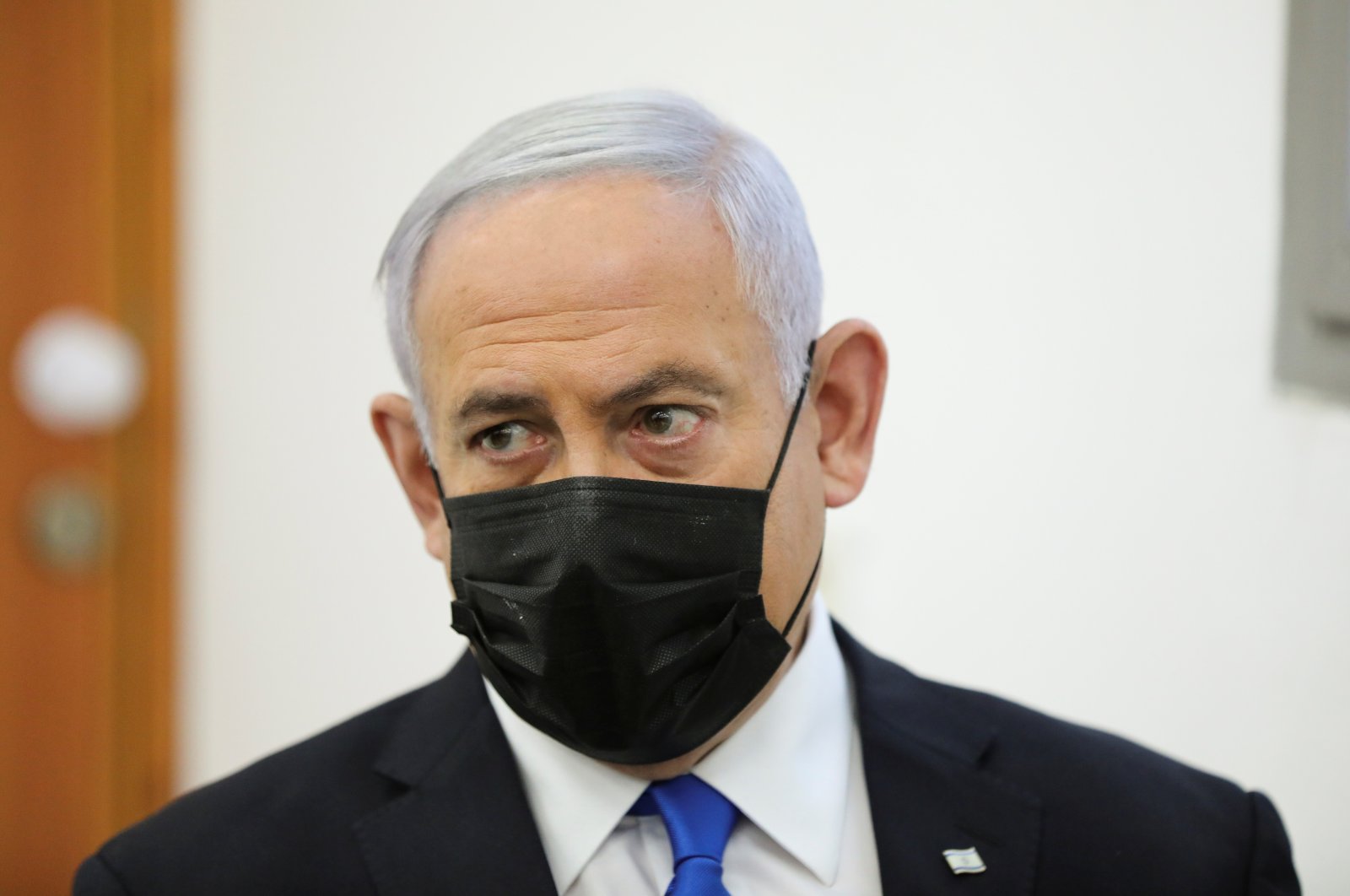 Israeli Prime Minister Benjamin Netanyahu appeared in court Monday facing another hearing regarding allegations of taking part in illegal deals as the country's president sought to form a government and launched talks with party officials to determine candidates who have a plausible path toward a 61-seat majority in parliament.

Netanyahu, ordered to appear for opening arguments in his trial, sat in the Jerusalem District Court wearing a black mask as the prosecution accused him of misusing his office to advance his political interests. Netanyahu denies wrongdoing in the case where he has been charged with accepting improper gifts and seeking to trade regulatory favors with media moguls in exchange for positive coverage.

Lead prosecutor Liat Ben-Ari told judges that Netanyahu was involved in "a serious case of government corruption." He "made illegitimate use of the great governmental power entrusted to him," in his dealings with media executives "in order to advance his personal affairs – including when he faced his desire to be reelected," she said.

According to Reuters, the Israeli prosecutor accused Netanyahu of treating favors as "currency."

"The relationship between Netanyahu and the defendants became currency, something that could be traded," Ben-Ari said in presenting so-called Case 4000, concerning the premier's alleged relationship with the owners of a news website. "This currency could distort a public servant's judgment."

Prosecutors allege Netanyahu granted regulatory favors worth around 1.8 billion shekels (about $500 million) to Bezeq Telecom Israel. In return, prosecutors say, he sought positive coverage of himself and his wife, Sara, on a news website controlled by the company's former chairperson, Shaul Elovitch.

In the case known as Case 1000, he has been charged with fraud and breach of trust over allegations that he and his wife wrongfully received almost 700,000 shekels worth of gifts from Arnon Milchan, a Hollywood producer and an Israeli citizen, and Australian billionaire businessperson James Packer.

Prosecutors said gifts included champagne and cigars and that Netanyahu helped Milchan with his business interests. Packer and Milchan face no charges.

Other accusations take place in so-called Case 2000, where prosecutors say that Netanyahu allegedly negotiated a deal with Arnon Mozes, owner of Israeli newspaper Yedioth Ahronoth, for better coverage in return for legislation to slow the growth of a rival newspaper. Netanyahu has been charged with fraud and breach of trust. Mozes has been charged with offering a bribe and denies wrongdoing.

As Ben-Ari was laying out the criminal case against Israel's longest-serving leader, across the city President Reuven Rivlin began meetings that could determine Netanyahu's political fate. Israel's March 23 election was its fourth inconclusive vote in less than two years, prolonging the worst political crisis in the nation's history.

Netanyahu's right-wing Likud party finished first, winning 30 seats in the 120-member parliament, but his ability to form a stable governing coalition is precarious, a reality that has plagued him for several years.

Rivlin on Monday began two days of consultations with party officials to determine who has a plausible path toward a 61-seat majority, in a parliament bitterly divided between those who back Netanyahu and those committed to ending his 12-year tenure.

Ahead of his first meeting, with Netanyahu's envoys from Likud, Rivlin said he would seek to nominate a candidate who has "the best chance of forming a government that will have the confidence of the new Knesset," as Agence France-Presse (AFP) reported.

Customarily, Rivlin gives the leader with most recommendations from individual lawmakers a 28-day window to form a government, which can be extended by 14 days at the president's discretion.

Netanyahu has won the backing of his 30 Likud loyalists and is expected to obtain that of 16 lawmakers representing Israel's ultra-Orthodox Jewish parties as well as six from the far-right Religious Zionism alliance. That makes a likely total of 52 – nine short of the absolute majority needed. Because the ideologically divided anti-Netanyahu camp has no agreed leader, Netanyahu may receive the most recommendations.

Last week Rivlin said that "out-of-the-ordinary coalitions" may be needed to break the deadlock. Given past public acrimony between Rivlin and Netanyahu, Likud interpreted those comments as a sign that the president was tacitly aligned with the anti-Netanyahu camp.

Rivlin, a Likud member when he was in parliament, was accused by the party of overstepping his largely ceremonial mandate.

Within the anti-Netanyahu bloc, the centrist Yesh Atid party, led by former television host Yair Lapid, won the most seats with 17. An anti-Netanyahu alliance would require a tightrope deal among Lapid, Likud defector Gideon Saar, Netanyahu's estranged protege Naftali Bennett – a hardline religious nationalist – and a group of centrist and left-wing parties.

In an unprecedented twist for Israeli coalition politics, it appears impossible for either camp to form a government without support from the conservative Islamic Raam Party, which controls four seats.

Leader Mansour Abbas has said he is open to hearing from all sides, but the far-right Religious Zionism party has ruled out sitting in a government with Raam, further complicating Netanyahu's coalition hopes. It is also far from certain that the anti-Netanyahu bloc can unite, raising the prospect of a fifth election in less than three years.

Rivlin will select a leader on Wednesday charged with trying to form a government. If they fail to do so, the president will then move on to the next name on his list.

Dozens of anti-Netanyahu protesters, who dubbed him the "Crime Minister," were at the court on Monday, taunting the premier as he entered. Netanyahu's supporters were also on hand. Judges have said Netanyahu is free to leave the courtroom after opening arguments when the witness testimony begins. No quick resolution is expected.

The trial enters a more intensive, evidentiary phase on Monday, but a ruling is still several months off. Netanyahu would not be compelled to resign as prime minister unless he is convicted with all appeals exhausted. That could take several years.