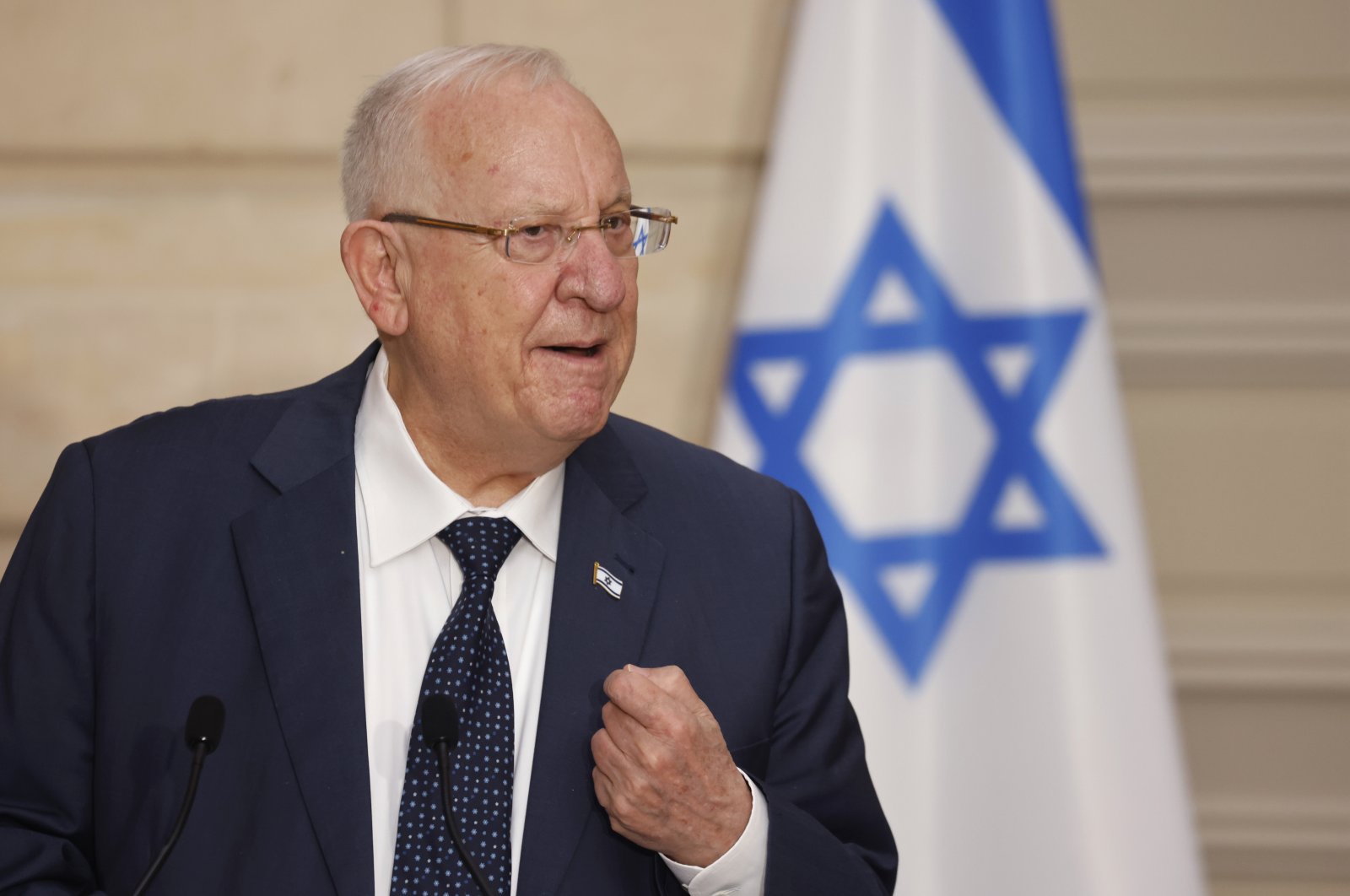 Israeli election officials Wednesday handed over the results of last week's vote to President Reuven Rivlin, nudging forward the country's elusive efforts to break the political deadlock, form a government and avoid an unprecedented fifth consecutive round of balloting.

Rivlin is now tasked with choosing the prime minister-designate he thinks has the best chance of assembling a majority in the 120-seat Knesset. Among the contenders is Prime Minister Benjamin Netanyahu, leader of the Likud party and Israel's longest-serving premier who is shadowed by his ongoing corruption trial.

Those judicial proceedings are slated to recommence next week, as Rivlin meets with Netanyahu and other party leaders. The key to Rivlin's decision, he said Wednesday, will be which party leader can "earn the trust of the Knesset" and build "a government that will succeed in mending the rifts between us and rehabilitate Israeli society.”

That, he said, is what Israelis want, rather than an unprecedented fifth consecutive election that would be triggered by a failure to assemble a 61-seat majority.

"I am hopeful that those elected by the public will succeed in hearing the people of Israel, be wise enough to hear its demand for unconventional unions, for cooperation crossing sectors, for constructive and devoted work for the sake of Israeli citizens," Rivlin said.

His invocation of trust comes after 12 divisive years under Netanyahu, who stands accused of fraud, breach of trust and accepting bribes. Netanyahu has denied all the charges and has accused the media, law enforcement and justice system of a "witch-hunt” to remove him from office.

The "anyone but Bibi” factions, though, share little in common other than their opposition to him. Netanyahu's religious and nationalist allies are more ideologically aligned. His Likud is the largest single party, with 30 seats, but with his traditional nationalist and ultra-Orthodox allies, he has secured only 52 seats in parliament.

Senior Likud party politicians responded to Rivlin’s remarks, saying in a joint statement that "the president does not determine the results of the election! He must not be a political actor.”

"Since the formation of the state, all presidents of Israel gave the first opportunity to form a government to the candidate who received the most number of recommendations, and that’s how it needs to be this time, too,” Knesset Speaker Yariv Levin, Energy Minister Yuval Steinitz and Public Security Minister Amir Ohana said.

Netanyahu’s opponents secured 57 seats, also short of a majority, while two parties have not committed to either side. No party has ever won 61 seats in the Knesset on its own, forcing large parties to cobble together sometimes unwieldy governing coalitions with smaller factions.

The leaders now are negotiating the terms of any such alliances with Mansour Abbas' United Arab List, potentially playing kingmaker with his four-seats in the Knesset.

While Rivlin's position as figurehead president is largely ceremonial, he has taken an active role in previous elections in trying to get party leaders to form a government and break the cycle of repeat elections.

Last year, he scolded the leaders to stop their bickering. "Get a grip!” Rivlin tweeted in part on July 23. "The State of Israel is not a rag doll that you drag around as you squabble.”

Israel's March 23 election was triggered by the collapse of national budget talks in December between Netanyahu and rival-turned-ally Gantz. The two had struck a rotating premiership, with Netanyahu set to keep the top job through November 2021.

That arrangement collapsed with the government's failure to pass a national budget, which automatically triggered the election.