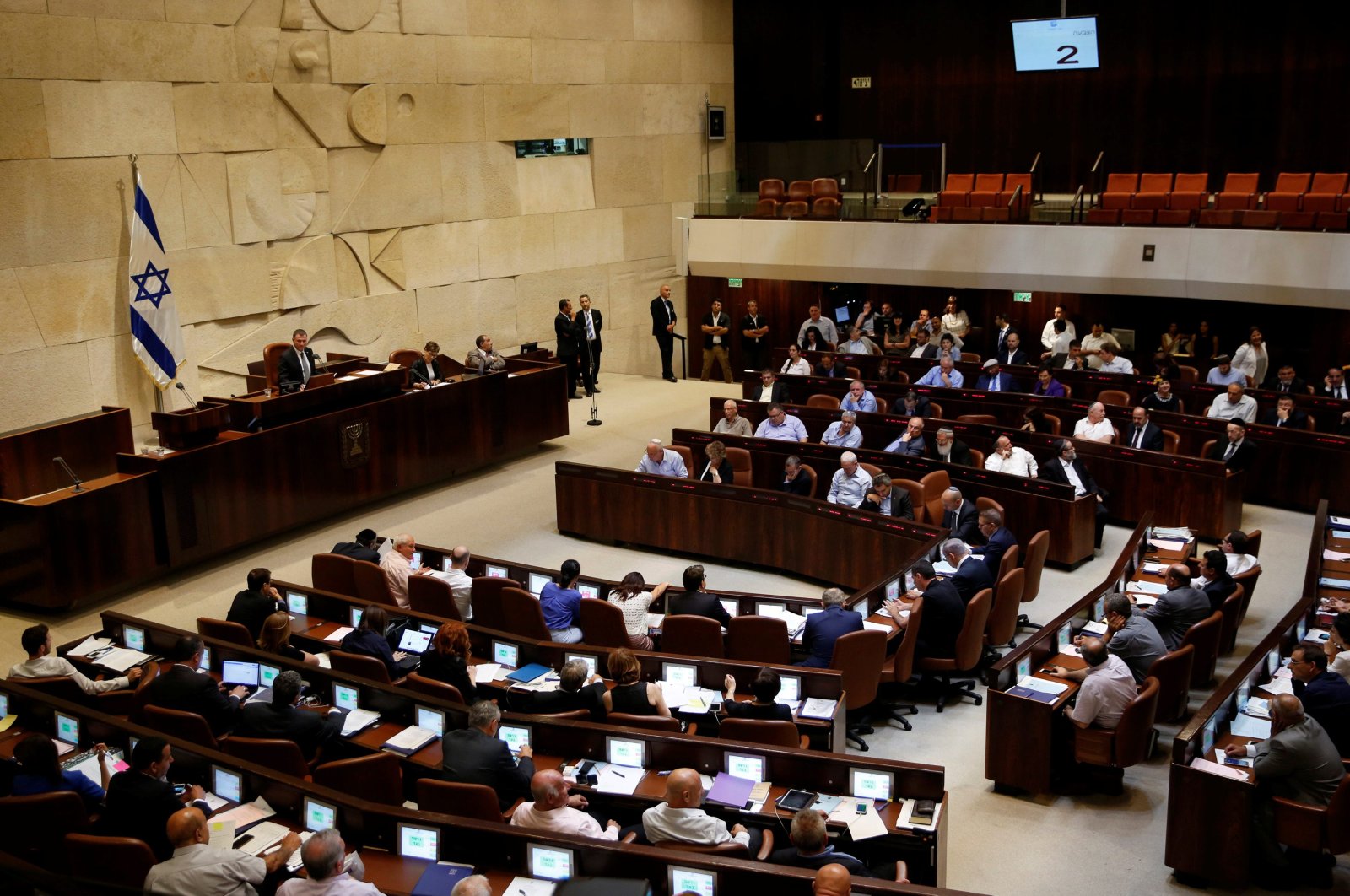 The plenum during a session at the Knesset, the Israeli parliament, Jerusalem, July 11, 2016. (Reuters Photo)
by Compiled from Wire Services Jun 04, 2020 3:04 pm
RECOMMENDED

Israel's parliament suspended sessions scheduled for Thursday after a lawmaker tested positive for the coronavirus, while some schools shut down amid worries about fresh outbreaks.

Having moved aggressively against the global pandemic in March and seeing a trailing off of new cases, Israel had eased measures in recent weeks, but officials warn that public complacency could lead to a resurgence in cases.

The 120-seat Knesset said nonessential staff have been asked to stay home, and all of Thursday's committee meetings were postponed "pending an investigation of the ramifications" of lawmaker Sami Abou Shahadeh having contracted COVID-19.

"In light of MP Sami Abu Shahadeh contracting the coronavirus, all Knesset workers have been instructed to not arrive at parliament, if their work is not essential," a statement from the parliament said.

"In addition, until all the ramifications are examined, all committee meetings scheduled for today have been postponed," it added.

Abu Shahadeh, a resident of Jaffa, told public radio that over the past 10 days he had met "thousands" of people, including at demonstrations, as well as in all parts of the Knesset.

"I appeal to all of those who have been in my immediate vicinity to self-isolate and get tested," Abou Shahadeh said on Twitter. "The virus is still among us and a return to so-called routine helps the virus spread with greater magnitude and speed."

He and other members of the Joint List had also visited the east Jerusalem mourning tent for mentally disabled Eyad El-Hallaq, a 32-year-old Palestinian who was shot dead by Israeli forces on Saturday after they suspected he had a gun.

Abu Shahadeh said he was feeling well after receiving the positive test result on Wednesday evening.

Israeli schools reopened last month, but worries have grown that some children are infecting others despite a slew of precautionary measures. Israeli media reported on Thursday that as many as 42 schools had closed over fresh outbreaks.

The Education Ministry did not immediately confirm the figure.

"Any educational institution in which there is morbidity will be shut," Prime Minister Benjamin Netanyahu said in a statement on Wednesday, adding that school staff would continue seeking ways to protect and distance students from one another.

Israel, which has a population of 9 million, has reported 17,343 coronavirus cases and 290 deaths. More than 593,000 people in the country have been tested for the virus, the Health Ministry said.