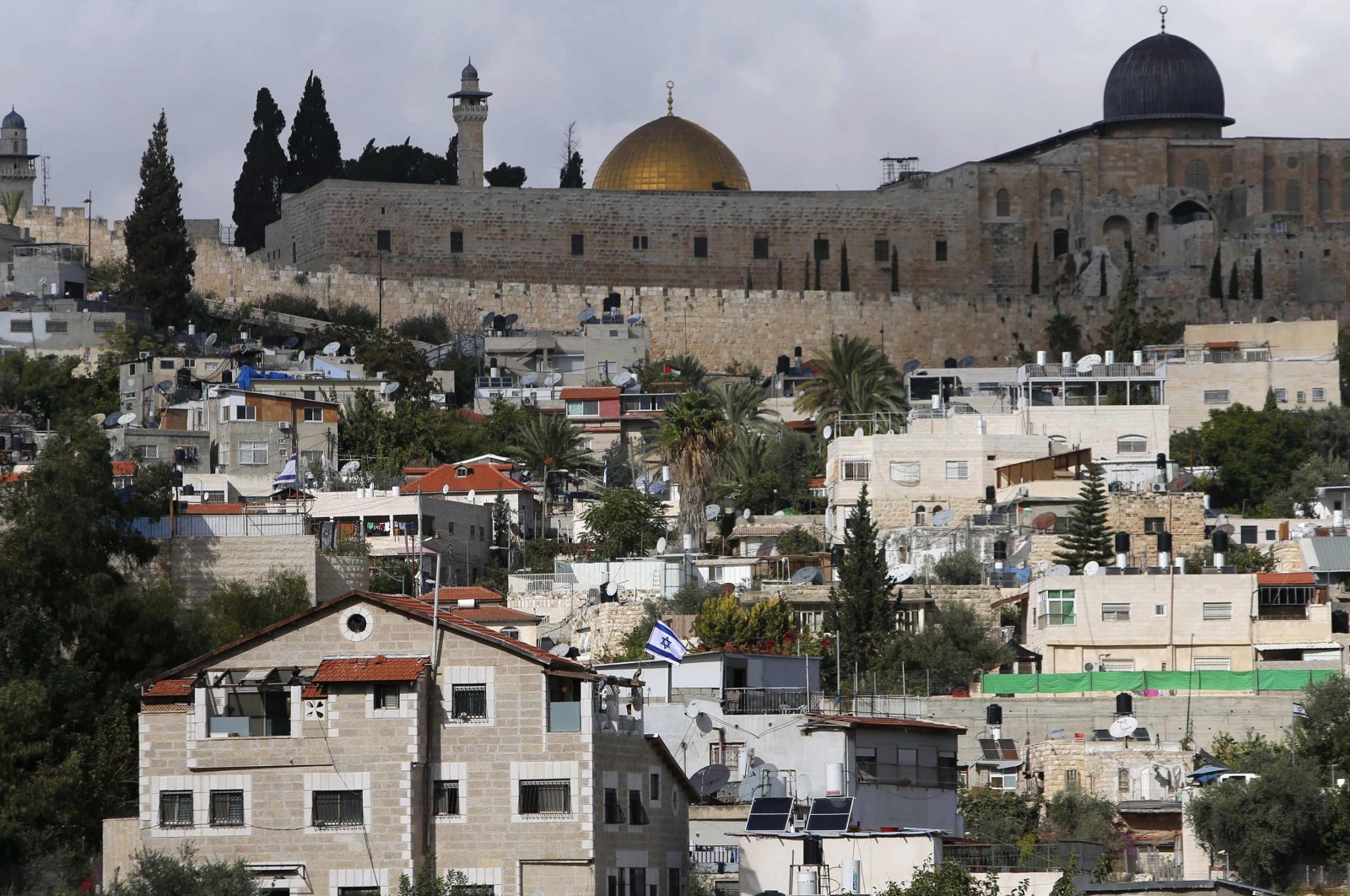 The Dome of the Rock and Al-Aqsa Mosque are seen in background as an Israeli flag flutters from atop a home of Jewish settlers in Silwan, a mostly Palestinian district abutting the Old City, Nov. 3, 2014. (Reuters Photo)
by Agencies Sep 16, 2020 5:33 pm
RECOMMENDED

Jerusalem's Al-Aqsa Mosque compound will be closed from Friday following a spike in coronavirus cases, the authority that administers the city's Muslim holy places announced.

With cases of the virus on the rise in Israel and the Palestinian territories, the Jerusalem Islamic Waqf authority held an emergency meeting with health officials.

"Worshippers and visitors will not be received at the mosque as of Friday for a three-week period due to the virus outbreak,” Hatem Abdel Qader, a member of the Jerusalem Islamic Waqf, told Anadolu Agency (AA).

"We hope that citizens will understand this procedure, in order to preserve their health and well-being," he added.

The closure coincides with a three-week lockdown to be imposed by Israel. The call to prayer will continue to ring out across Jerusalem's Old City, Qader said, while Waqf employees will be allowed to pray at the site.

Al-Aqsa Mosque is the world's third-holiest site for Muslims. Jews call the area the Temple Mount, claiming it was the site of two Jewish temples in ancient times.

It is only the second time that the Waqf has decided to close the compound since Israel occupied east Jerusalem in the Six-Day War of 1967.

The Al-Aqsa Mosque was shut for two months in late March due to the coronavirus outbreak. Israeli authorities have reported nearly 167,000 coronavirus cases, with 1,147 deaths. In the occupied West Bank, some 214 people have died from the virus and more than 30,200 cases have been registered by Palestinian authorities.