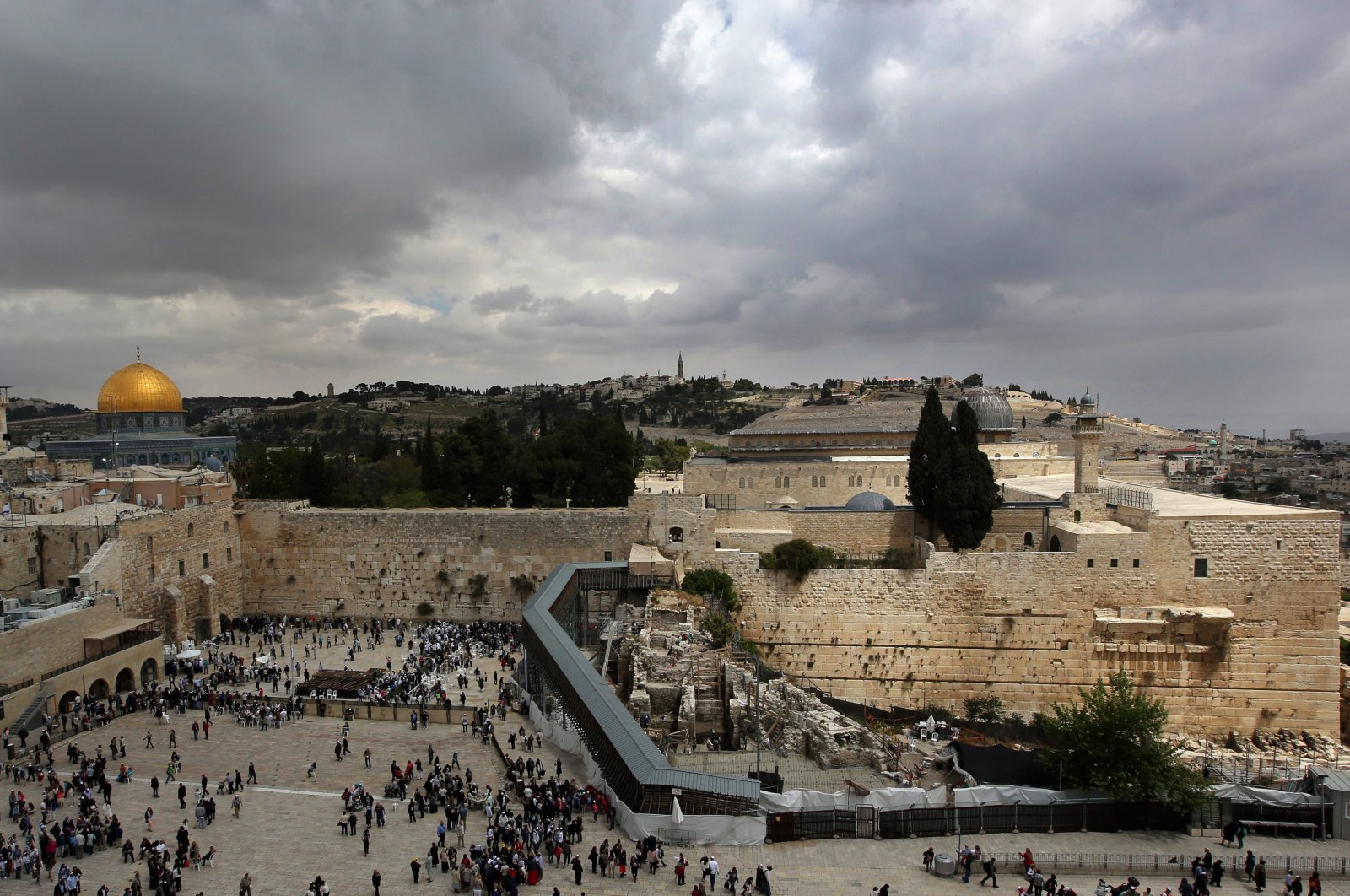 There is a widespread belief in the Muslim world that Jews want to demolish Jerusalem's flashpoint, Al-Aqsa Mosque, in order to build their own temple.

Statements by radical groups and Jewish settlers' raids on the Al-Aqsa Mosque have strengthened that notion. Dozens of settlers, escorted by police, forced their way into the Al-Aqsa Mosque compound on Wednesday and toured the area, according to the Islamic Endowments Authority, a Jordan-run agency mandated with overseeing East Jerusalem's Muslim and Christian holy sites.

Since 2003, Israel has allowed settlers into the flashpoint compound almost daily with exceptions on Fridays and Saturdays.

Anadolu Agency (AA) asked Jews in occupied East Jerusalem if they wanted to demolish the mosque.

Raziella Harpaz, a religious activist said he has no such an intention because "God will do it.”

"God will extinguish the existing Al-Aqsa Mosque and bring a third temple down to earth in its place,” he said. "Everything, including Al-Aqsa, belongs to the Jews because God created the world only for his holy beloved people, the Jews.”

U.S.-born college student Nina Shelanski does not believe that Al-Aqsa should be completely under Jewish control.

"I think the majority of Israelis are satisfied with the current situation, but some ultra-Orthodox groups want Israel to take full control of the Al-Aqsa and the West Bank. Unfortunately, these small groups want to drown out our voices,” she said.

Shelanski highlighted that the groups have a big influence on Israeli politics despite making up a small fraction of the population. Rabbi Ravay Moyal Mikhael also said he does not support the effort. "Israeli people do not pursue such a goal. They need peace,” he said.

Moti Khouyzag, a student at a Yeshiva, said the second coming of Jesus will make way for the rebuilding of the Jewish Temple in the place of the Al-Aqsa mosque.

"We never believe we should do anything about this building. We have no intention of burning it down or shutting it down,” said Khouyzag.

Israel occupied East Jerusalem, where Al-Aqsa is located, during the 1967 Arab-Israeli War. It annexed the entire city in 1980 in a move never recognized by the international community.