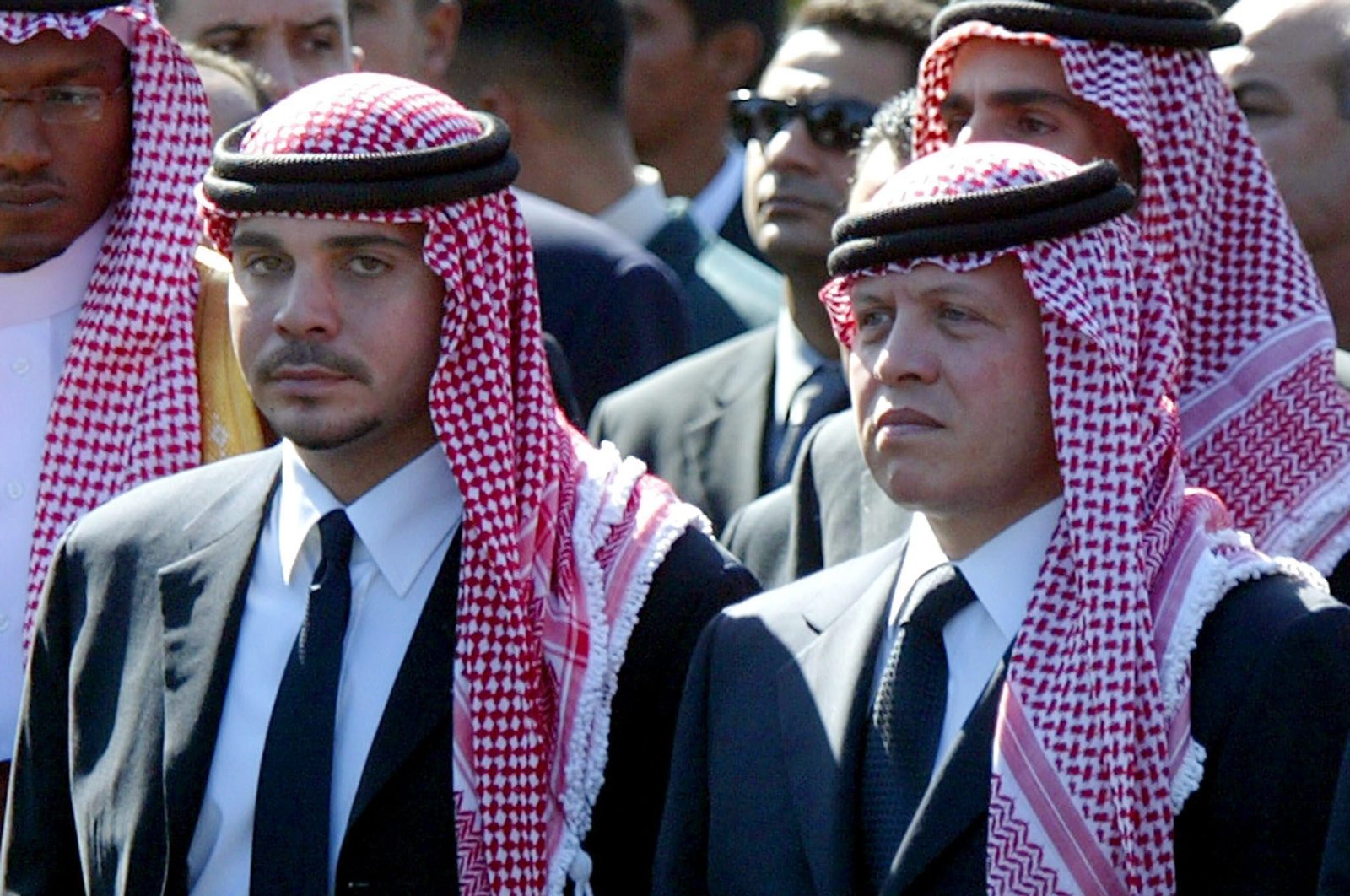 Jordan's King Abdullah II will allow for mediation with Prince Hamzah, whom he placed under house arrest, following his half-brother pledging his loyalty to the crown, the palace announced.

The government has accused Hamzah, an ex-crown prince, of a "wicked" plot and involvement in a seditious conspiracy to "destabilize the kingdom's security."

Hamzah, arrested along with at least 16 other officials in a security probe, had earlier struck a defiant tone saying he had been placed under house arrest inside his Amman palace, but insisting he would not obey orders restricting his movement.

But in an apparent easing of the palace turmoil, the 41-year-old prince pledged his backing to King Abdullah.

"I will remain ... faithful to the legacy of my ancestors, walking on their path, loyal to their path and their message and to His Majesty," he said in a signed letter, quoted by the palace.

"I will always be ready to help and support His Majesty the King and his Crown Prince," he is quoted as writing.

Hamzah's statement came shortly after the palace said Abdullah had agreed to enter mediation "to handle the question of Prince Hamzah within the framework of the Hashemite (ruling) family."

The job of mediator was handed to his uncle, Prince Hassan, himself a former heir to the throne.

Hamzah – whom Abdullah stripped of the title of crown prince in 2004 – has emerged as a vocal critic, accusing Jordan's leadership of corruption, nepotism and authoritarian rule.

In a video he sent to the BBC on Saturday, he lashed out at "incompetence that has been prevalent in our governing structure for the last 15 to 20 years and has been getting worse."

"No one is able to speak or express opinion on anything without being bullied, arrested, harassed and threatened," he charged.

Hamzah denied being involved in any "nefarious" plot but said he had his phone and internet cut by Jordan's armed forces chief-of-staff, General Youssef Huneiti.

In the recording released Sunday, Hamzah said, "When the head of the joint chiefs of staff comes and tells you this ... I think it's kind of unacceptable."

"I recorded what he said and sent it to my friends abroad and to my family, in case anything happens."

Abdullah, 59, named Hamzah crown prince in 1999, in line with their father's dying wish, but later stripped him of the title and named his own son Prince Hussein heir to the throne.

Hamzah's mother, American-born Queen Noor, defended her son, tweeting that she was "praying that truth and justice will prevail for all the innocent victims of this wicked slander."

Analyst Ahmad Awad said the turbulent events were "a first" for Jordan.

"This is the beginning of a crisis and not the end," said the head of the Phenix Center for Economic and Informatics research institute in Amman.

"This shows that there is a need for political, economic and democratic reforms."

The crisis has laid bare divisions in a country usually seen as a bulwark of stability in the Middle East.

Washington, major Gulf powers, Egypt and the Arab League have all pledged support for Abdullah, and a similar message came from Russia on Monday.

Jordan has only about 10 million people, but it has an outsized strategic importance in a turbulent region.

It borders Israel and the occupied West Bank, Syria, Iraq and Saudi Arabia, hosts US troops and is home to millions of exiled Palestinians and more than half a million Syrian refugees.

The Washington Post had first reported Saturday that Hamzah had been "placed under restriction" amid a probe into an alleged plot.

"This sedition was nipped in the bud," Foreign Minister Ayman Safadi said Sunday, charging the plotters had linked up with foreign parties.

Safadi declined to identify the alleged foreign parties, but he said an individual "with links to foreign intelligence services" had offered to fly Hamzah's wife out of the country.

An Israeli who said he is a close friend of Hamzah, Roy Shaposhnik, said he had "extended an invitation for the prince's wife and children to stay at his home in Europe."

He said he had made "this benign, humanitarian" offer after the prince had voiced "concerns about the safety of his family."

Shaposhnik stressed he does not work for any intelligence agency and that he had "no knowledge of, or any involvement with" the events in Jordan.

The military chief, Huneiti, said Monday the armed forces and security agencies had "the capacity, competence and professionalism" needed "to face ... any attempt to undermine the security of the homeland."

Barah Mikail, director of consulting firm Stractegia, said Jordan had been "quick in reassuring" the international community that "the situation is under control."