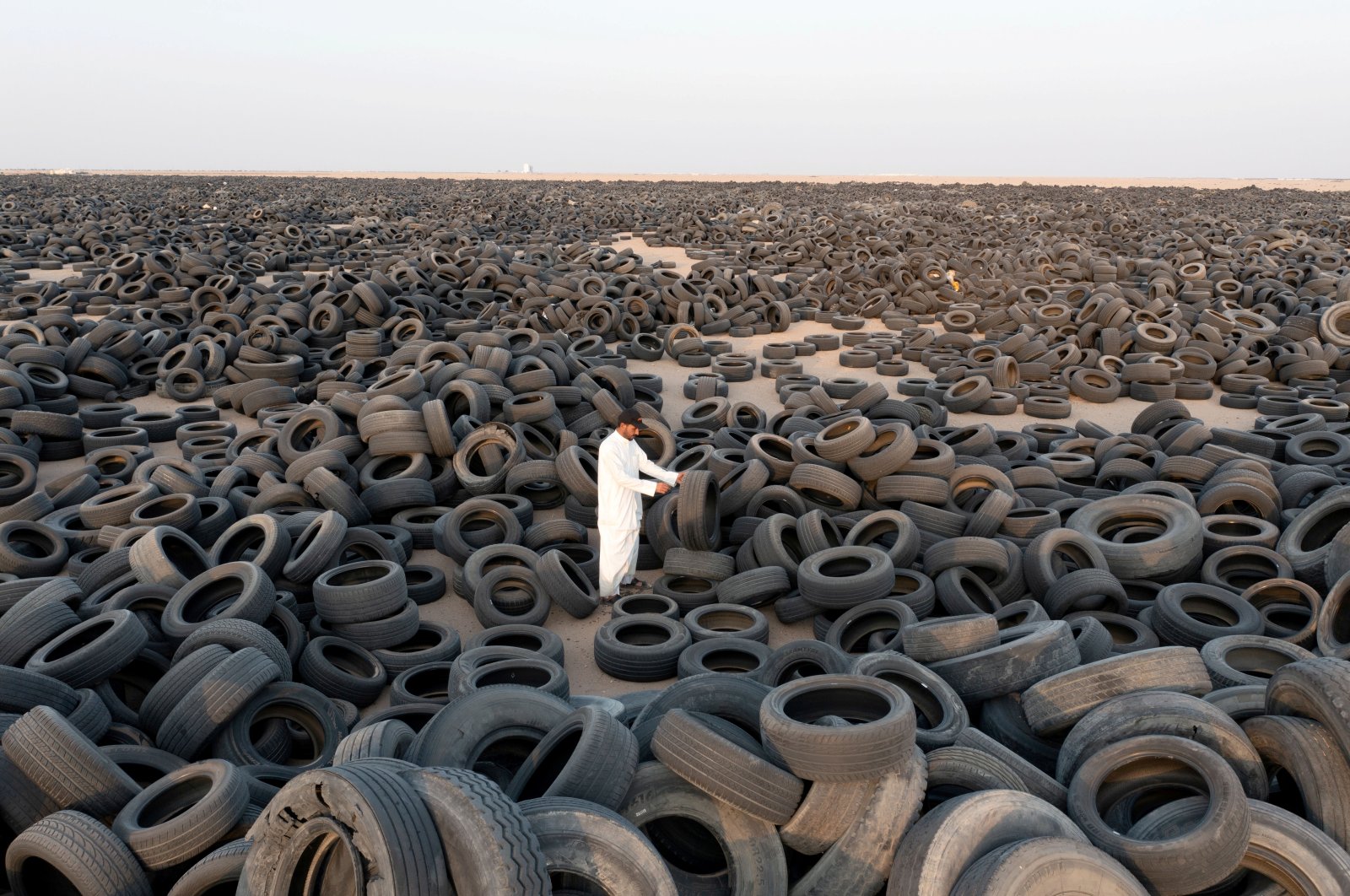 Kuwait has started to recycle the more than 42 million old car tires that once made up one of the world's largest tire graveyards.

But this month Kuwait, which wants to build 25,000 new houses on the site, finished moving all the tires to a new location at al-Salmi, near the Saudi border, where recycling efforts have begun.

"The factory is helping society by cleaning up the dumped old tires and turning them into consumer products," said EPSCO partner and CEO Alaa Hassan from EPSCO, adding they also export products to neighboring Gulf countries and Asia.

The EPSCO plant, which began operations in January 2021, can recycle up to 3 million tires a year, the company said.

Scrap tires are a major environmental problem worldwide due to their bulk and the chemicals they can release.

Oil-rich Kuwait, an OPEC member with a population of around 4.5 million, had about 2.4 million vehicles in 2019, Central Statistical Bureau data shows, up from 1.5 million in 2010.

The Al Khair Group transported more than half of all the tires to the new site using up to 500 trucks a day and is planning to open a factory to burn the tires through a process called pyrolysis, its CEO Hammoud al-Marri said.

Pyrolysis produces a type of oil that can be sold for use in industrial furnaces such as cement factories, and an ash known as carbon black that can be used in various industries.