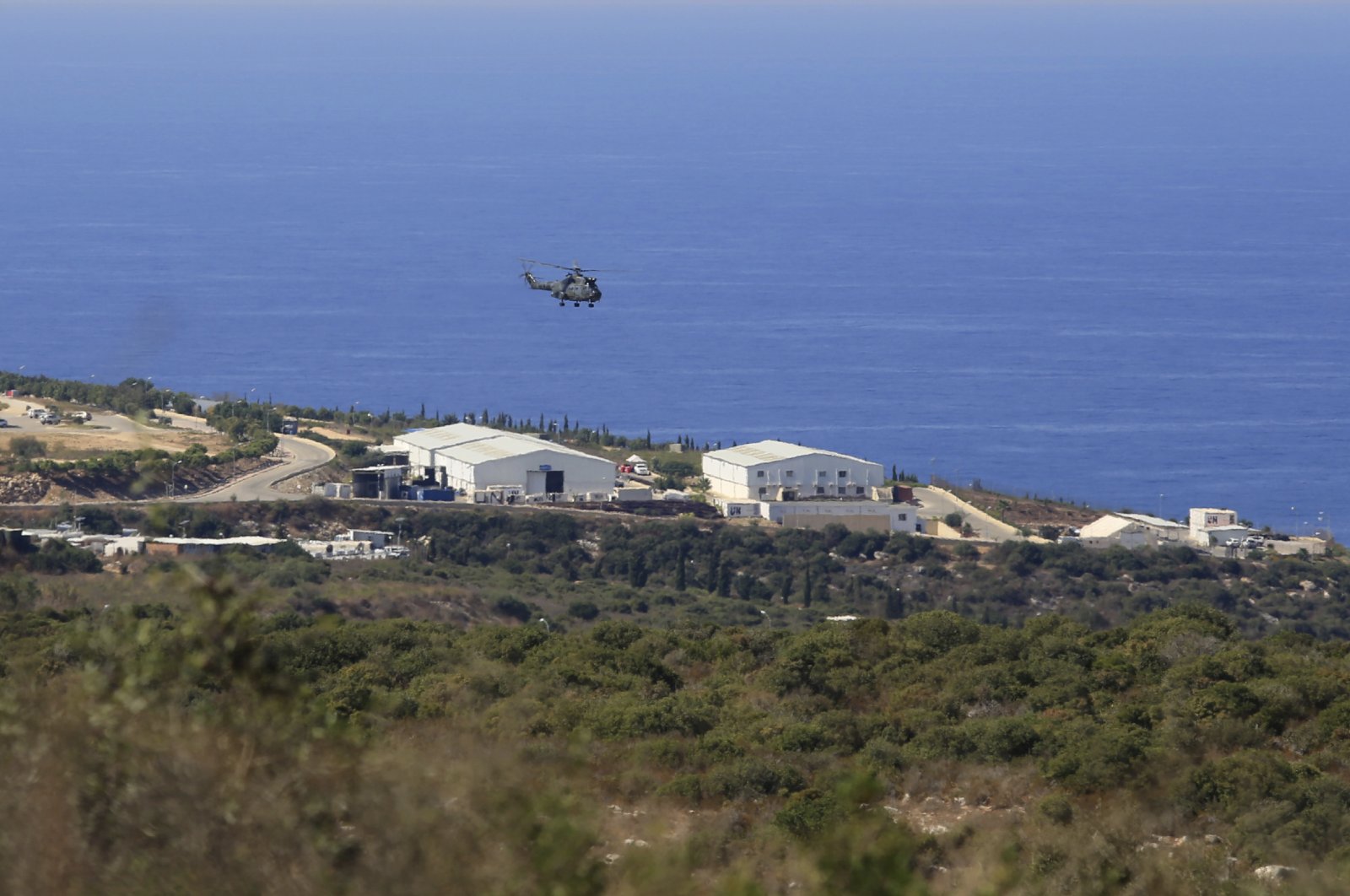 A helicopter flies over a base of the U.N. peacekeeping force, where U.S.-mediated talks were held over a disputed maritime border between Israel and Lebanon, in the southern town of Naqoura, Lebanon, Oct. 14, 2020. (AP Photo)
by REUTERS Apr 12, 2021 3:48 pm
RECOMMENDED

Lebanon's outgoing minister of public works and transport says he signed a document expanding Lebanese claims in a dispute with Israel over the maritime border that has delayed hydrocarbon exploration in the potentially gas-rich area.

The amendment would add around 1,400 square kilometers (540.54 square miles) to the exclusive economic zone claimed by Lebanon in its original submission to the United Nations. Negotiations between old foes Lebanon and Israel were launched in October to try to resolve the dispute.

The talks, a culmination of three years of diplomacy by the United States, have since stalled. The document signed by the caretaker public works and transport minister now needs to be signed off by the caretaker prime minister, minister of defense and president ahead of a request to the United Nations for a formal claim to register the new coordinates for the maritime zone.

"I expect it will be signed as everyone, the minister of defense and the prime minister and the president are concerned about this," minister Michel Najjar told a news conference. Israel already pumps gas from huge offshore fields but Lebanon has yet to find commercial gas reserves in its own waters.

Israeli Energy Minister Yuval Steinitz said Lebanon's latest move would derail the talks rather than help work towards a common solution. "Unilateral Lebanese measures will, of course, be answered with parallel measures by Israel," he said in a statement.

Lebanon, in the throes of a deep financial meltdown that is threatening its stability, is desperate for cash as it faces the worst economic crisis since its 1975-1990 civil war.

"We will not give up any inch of our homeland or a drop of its waters or an inch of its dignity," Najjar said.