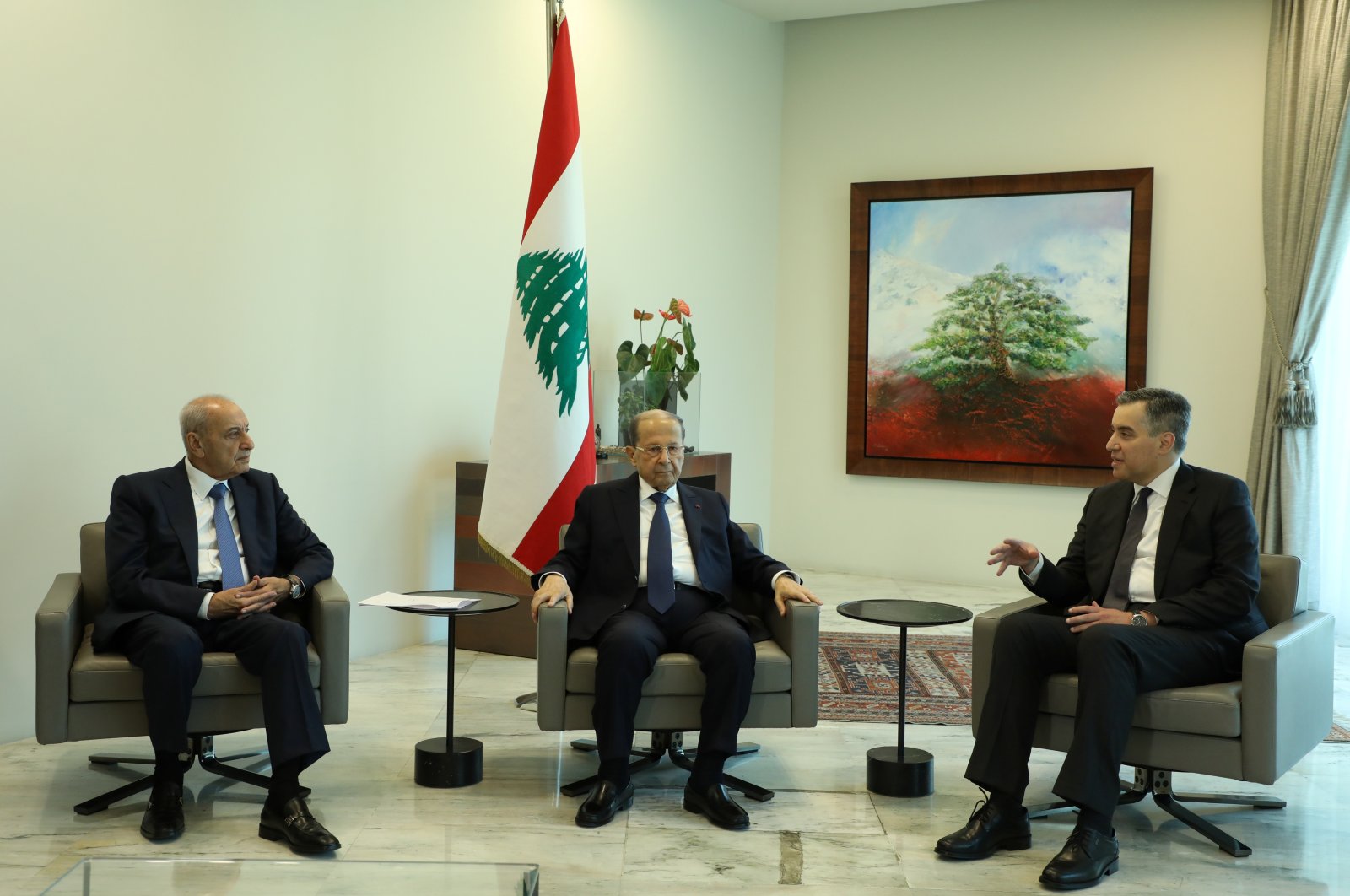 From the Beirut port blast to the nomination of a new premier, here are the developments in Lebanon as French President Emmanuel Macron visits on the centenary of the foundation of Greater Lebanon.

On Aug. 4, one of the biggest ever non-nuclear explosions destroys much of Beirut's port and devastates swathes of the capital.

The detonation was caused by a fire in a warehouse which Lebanese authorities acknowledge held a vast stockpile of ammonium nitrate for the past six years.

The tragedy strikes as Lebanon has for months been mired in its worst economic crisis in decades, marked by an unprecedented depreciation of its currency, massive layoffs and drastic banking restrictions.

Beirut is in a state of shock, with residents looking for the missing, tending to the wounded and searching gutted buildings for pets and belongings.

It is an "apocalyptic situation," says Beirut governor Marwan Aboud the day after the blast. A state of emergency is declared. International aid starts to flood in.

On Aug. 6, Macron visits Beirut and walks through the devastated Beirut neighborhood of Gemmayzeh.

His visit is praised by many Lebanese angry at their own leaders, whom they accuse of corruption and incompetence.

Macron calls for an international probe and for the "deep changes" the Lebanese population has been demanding for months.

President Michel Aoun the next day rejects any international probe into the disaster.

On Aug. 8, three lawmakers from the opposition Kataeb party resign, bringing the number of MPs who had stepped down in the wake of the blast to five.

Thousands of Lebanese call for vengeance against their leaders over the explosion.

Demonstrators storm a series of ministries and the banking association, occupying the foreign ministry for several hours.

On Aug. 9, the international community pledges 252.7 million euros (around $300 million) in emergency aid at a video conference jointly organized by France and the United Nations.

The international community promises to stand by Lebanon but demands that its aid be directly distributed to the population and that a transparent probe be carried out.

On Aug. 10, Prime Minister Hassan Diab announces the resignation of his government, after the departure of several members of his cabinet under pressure from the protest movement.

Demonstrators again take to the streets of Beirut and clash with security forces.

On Aug. 28, Macron points to the "constraints of a confessional system" in the country where political posts are allocated by sect.

He says this had led to "a situation where there is hardly any (political) renewal and where there is almost an impossibility of carrying out reforms."

Two days later, Hassan Nasrallah, chief of the powerful Muslim Shiite movement Hezbollah, says his group is "open" to a French proposal for a new political pact for Lebanon.

Aoun calls for the proclamation of a "secular state" during a televised address to mark Tuesday's centenary of the Lebanese state.

He vows to carry out reforms demanded by the international community and to conclude an accord with the International Monetary Fund.

Parliament speaker Nabih Berri calls for change to the confessional political system and says the port disaster revealed "the total collapse of the political and economic system's structure."