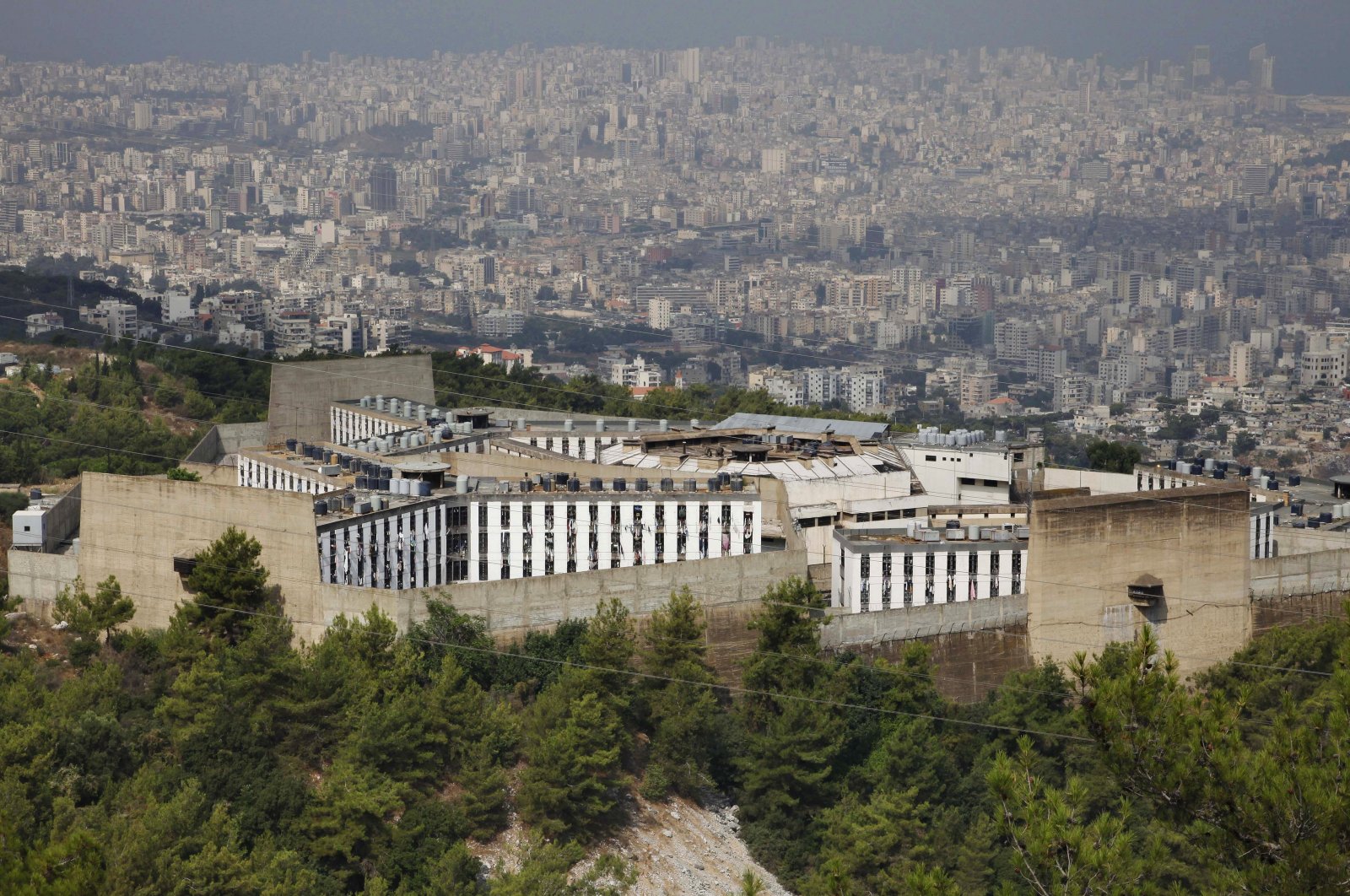 Lebanon’s largest prison on Thursday was grappling with an alarming coronavirus outbreak, as many inmates refused to take preventative measures or get tested under the impression that catching the virus could speed up their release as part of a rumored general amnesty, the head of the country’s doctors union warned.

Over 200 of the 3,000 detainees at Roumieh prison have tested positive in recent days, Sharaf Abu Sharaf, president of Lebanese Order of Physicians, told The Associated Press (AP).

The outbreak in the prison east of Beirut, which is notorious for overcrowding, comes as Lebanon is witnessing a sharp increase in coronavirus cases and deaths. Some detainees’ families have urged the state to issue amnesty to certain detainees to reduce the possibility of the virus sweeping through the country's prison population.

“Overcrowding is the prison’s main problem,” Abu Sharaf said, adding that the 223 detainees who tested positive were being quarantined in a separate building inside the prison compound. He said the vast majority of detainees had minor or no symptoms, and small number had been taken to a nearby hospital for treatment.

Some observers say the spread of the virus in Lebanon is being used to pressure the government to implement a general amnesty for prisoners.

Hundreds have been jailed for years without trial, while others who've served their prison terms but don't have enough money to pay fines are still being held. Prisoners locked up for serious convictions, like killing members of Lebanon's security forces or drug dealing, are not likely to be included in any amnesty.

A video apparently leaked from inside Roumieh prison and posted on social media showed dozens of detainees packed in a hall, none of them wearing masks, with one saying: “We are dying inside the prison. There is no food or medicine. There is no protection here.”

Another video showed four men sleeping on mattresses, some of them coughing, with the video's narrator claiming that they were infected with COVID-19. The videos could not be independently verified, but claimed to be from inside Roumieh.

Abu Sharaf said that since the virus spread to Lebanon earlier this year, prisoners have been supplied with masks and sanitizers to protect themselves.

Outgoing Health Minister Hamad Hassan told reporters that the ministry and prison officials are coordinating to guarantee the safety and medical care of all prisoners.

In April, prisoners rioted in a jail in northern Lebanon demanding that they be released amid fears of the virus.

Outgoing Justice Minister Marie-Claude Najm said 2,717 detainees have been released from March 1 through Sept. 1 from prisons and detention centers around Lebanon as a result of expediting their cases. She added that detainees who are serving prison sentences can fill out applications asking for special amnesty.

“For the first time in Lebanon’s history, we are doing electronic questioning,” Najm told the local LBC TV, adding that this has led to the release of detainees who were held without trial.

Lebanon, a nation of 5 million, has recorded a sharp increase in registered cases in recent weeks, with 634 new cases on Wednesday alone. The latest figures pushed the total number of cases to 26,083 since the first reported infection in late February, while deaths have reached 259.

The rise began after a lockdown was eased and the country’s only international airport was reopened in early July.

Cases shot up dramatically days after the Aug. 4 explosion of nearly 3,000 tons of ammonium nitrate stored at the port of Beirut. The blast killed 192 people, wounded some 6,500 and left a quarter of a million with homes unfit to live in. The blast overwhelmed the city’s hospitals and also badly damaged two hospitals that had a key role in handling virus cases.