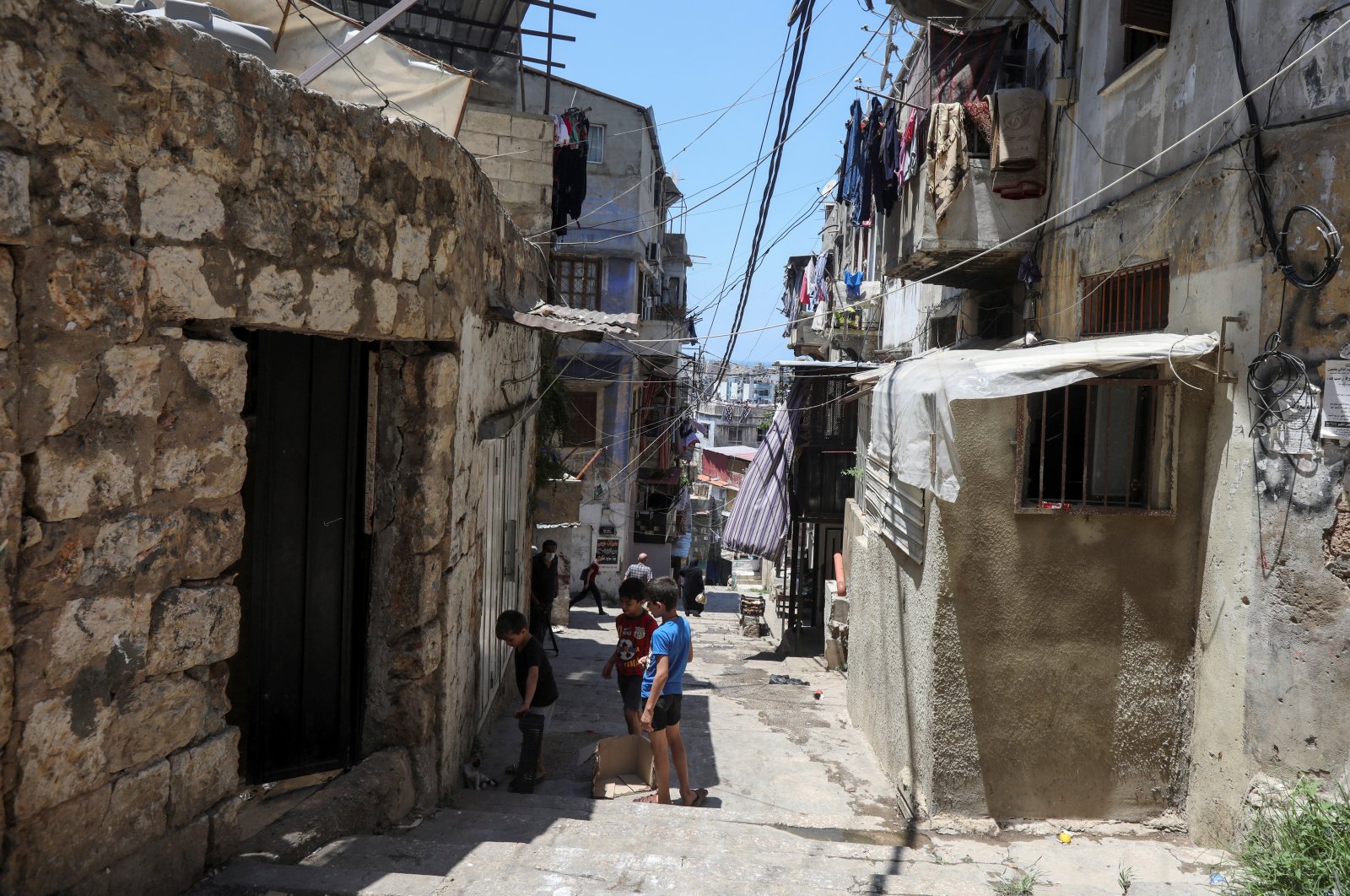 For Amer al-Dahn, the idea of eating meat is now a dream. Today, he cannot even afford bread and depends on credit from the local grocer to feed his wife and four children in the Lebanese city of Tripoli.

"We can no longer buy meat or chicken. The closest we get to them is in magazines and newspapers," said Dahn, 55, leafing through a supermarket brochure in his cramped apartment.

Living in one of the poorest streets of Lebanon's poorest city, Dahn and his family are feeling the full force of a financial meltdown that is fuelling extreme poverty and shattering lives across the country.

In the capital Beirut, a 61-year-old man shot himself in the head on the busy Hamra street on Friday. Reuters could not establish his motives, but local media attributed the suicide to hunger.

Struggling to walk because of diabetes, Dahn already faced a difficult life before the crisis which has sunk the Lebanese pound by 80% since October, driving up prices in the import-dependent economy.

"Life has become very difficult. The dollar is still climbing and the state is incapable of providing a solution."

Even chickpeas, beans and lentils – a traditional part of the Lebanese diet – are out of reach for some.

The crisis is seen as the biggest threat to stability since the 1975-90 civil war.

"We are talking about hundreds of thousands of people who have fallen off the cliff," said Bojar Hoxja, country director at CARE International, an aid agency. Lebanon faces a humanitarian crisis that requires urgent international intervention, he said.

Lebanon is already a big recipient of international aid, the bulk of it directed at the 1 million Syrians who fled from the war next door.

Tripoli, a predominantly Sunni Muslim city on the Mediterranean, is home to some of Lebanon's wealthiest politicians, who critics say only remember their constituents at election time.

"If it was not for the neighbors here sending food to each other, people would be dying of hunger," said Omar al-Hakim, who lives with his six children and wife in a one-room apartment.

The salary of 600,000 Lebanese pounds a month he makes as a security guard now lasts just six days. Before the pound's collapse, it was the equivalent of $400 a month. Today, it is around $60.

Basics such as sugar, rice and lentils become harder to buy, he says. This week, Hakim was hit by a one-third increase in the price of state-subsidized bread.

"We used to eat meat on Sunday, or fish, or chicken... none of that now. We can't afford an ounce of meat," Hakim said.

The World Bank warned last November that the proportion of Lebanese living in poverty could rise to 50% if conditions worsened. Since then the crisis has only deepened and the economy has been further hit by a COVID-19 lockdown.

Many people depend on charity. Some are using social media to barter furniture or clothes for baby formula or diapers.

Shopkeeper Kawkab Abdelrahim, 30, is struggling to keep her store open as she extends more and more credit.

"Do you have the heart to turn them away if they want a bag of bread? Sometimes they ask for a tub of yogurt or 1,000 pounds of labneh," she said, referring to a type of strained yogurt that is a Lebanese staple.

"That is one spoonful that a mother spreads on bread to feed three children."