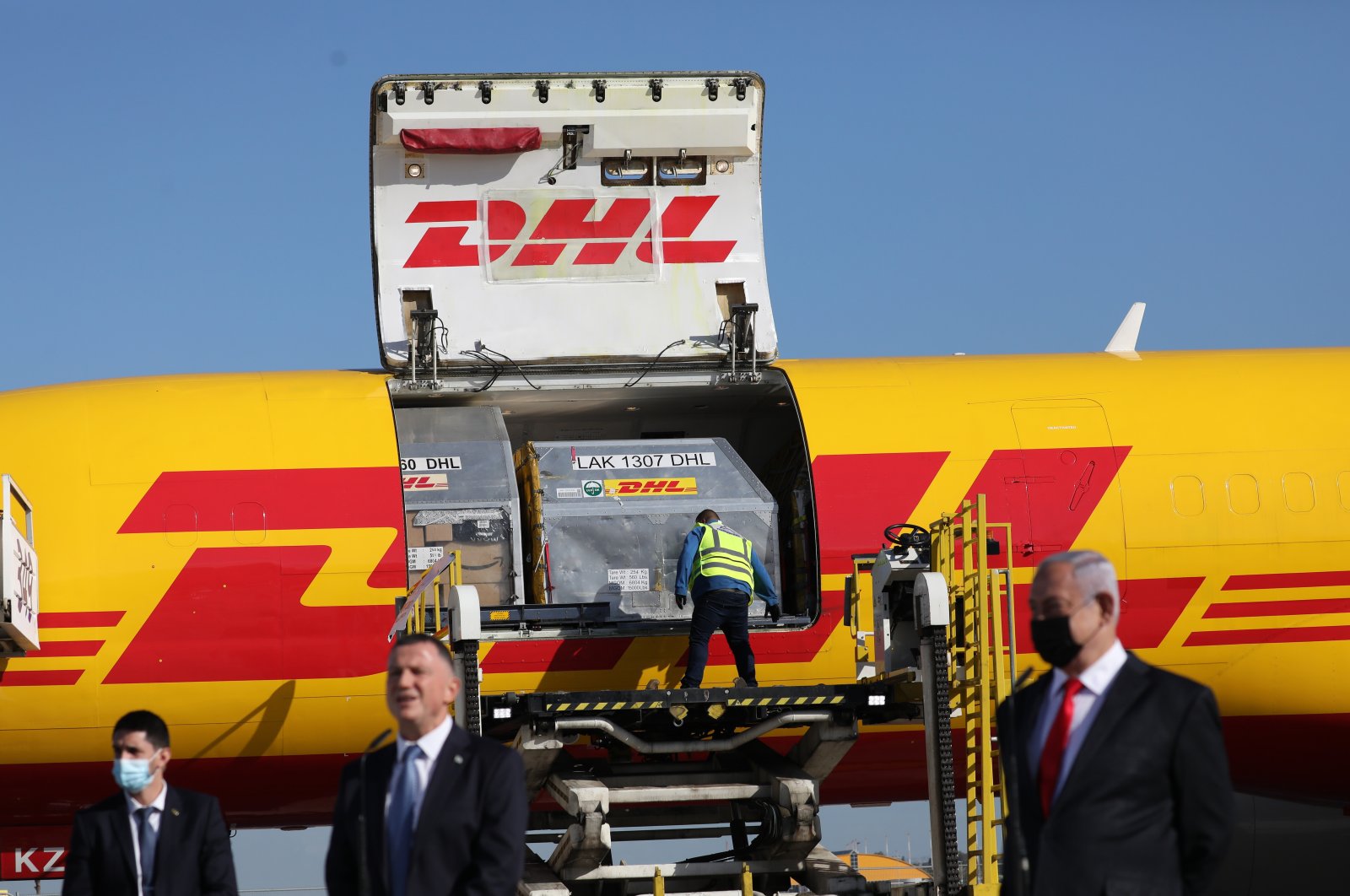 Palestinians, who are desperately fighting off the COVID-19 pandemic, will have to wait much longer for coronavirus shots as Israel begins rolling out a major vaccination campaign that excludes occupied Palestine

For Palestinians, fighting the coronavirus outbreak is a serious and challenging matter, given the fact that Israel continues its war against them and persists in its efforts to cut Palestine off from the outside world even in the unprecedented, challenging time of the pandemic.

The Palestinian Authority (PA) was among the first governments to take the coronavirus threat seriously, declare a state of emergency, take all necessary measures to confront the risks resulting from the virus and protect public health. However, under Israeli control, millions of Palestinians will have to wait much longer for coronavirus shots as Israel prepares to begin rolling out a major vaccination campaign next week after the prime minister reached out personally to the head of pharmaceutical giant Pfizer.

Worldwide, rich nations are snatching up scarce supplies of new vaccines as poor countries largely rely on a World Health Organization (WHO) program that has yet to get off the ground. There are few places where the competition is playing out in closer proximity than in Israel and the Palestinian territories it has occupied for more than half a century.

Next year could bring a sharp divergence in the trajectory of the pandemic, which until now has blithely ignored the national boundaries and political enmities of the Middle East. Israelis could soon return to normal life and an economic revival, even as the virus continues to menace Palestinian towns and villages just a few kilometers away.

Israel reached an agreement with Pfizer to supply 8 million doses of its newly approved vaccine – enough to cover nearly half of Israel's population of 9 million since each person requires two doses. The deal came after Prime Minister Benjamin Netanyahu personally reached out multiple times to Pfizer Chief Executive Albert Bourla, boasting that at one point he was able to reach the CEO at 2 a.m. Israel has mobile vaccination units with refrigerators that can keep the Pfizer shots at the required minus 70 degrees Celsius (minus 94 Fahrenheit). It plans to begin vaccinations as soon as next week, with a capacity of more than 60,000 shots a day.

Israel reached a separate agreement with Moderna earlier this month to purchase 6 million doses of its vaccine – enough for another 3 million Israelis. Israel's vaccination campaign will include Jewish settlers living deep inside the occupied West Bank, who are Israeli citizens, but not the territory's 2.5 million Palestinians. They will have to wait for the action of the cash-strapped PA, which administers parts of the occupied West Bank following interim peace agreements reached in the 1990s. Israel captured the West Bank, the Gaza Strip and east Jerusalem, territories the Palestinians seek for their future state, in the 1967 Mideast war, better known as the Six-Day War.

The PA hopes to get vaccines through a WHO-led partnership with humanitarian organizations known as COVAX, which aims to provide free vaccines for up to 20% of the population of poor countries, many of which have been hit especially hard by the pandemic. But the program has secured only a fraction of the 2 billion doses it hopes to buy over the next year, has yet to confirm any actual deals and is short on cash. Rich countries have already reserved about 9 billion of the estimated 12 billion doses the pharmaceutical industry is expected to produce next year.

Complicating matters is the fact that Palestine has only one refrigeration unit – in the oasis town of Jericho – capable of storing the Pfizer vaccine. The Palestinians are among nearly 3 billion people worldwide for whom lack of adequate refrigeration capacity could pose a major obstacle.

Dr. Ali Abed Rabbo, a senior Palestinian health official, said the PA is in talks with Pfizer and Moderna – whose vaccines require extra-cold storage – as well as AstraZeneca and the makers of a largely untested Russian vaccine but has yet to sign any agreements beyond COVAX.

The PA hopes to vaccinate 20% of the population through COVAX, beginning with health workers, Rabbo said. "The remainder will depend on Palestine purchasing from the global supply and we are working with several companies," he said.

Both Israel and the PA have struggled to contain their outbreaks, which have fed off one another as people travel back and forth – mainly tens of thousands of Palestinian laborers employed in Israel. Israel has reported more than 350,000 cases, including more than 3,000 deaths. The PA has reported more than 85,000 cases in the occupied West Bank, including more than 800 deaths, and the outbreak has intensified in recent weeks.

The situation is even direr in Gaza, home to 2 million Palestinians, which has been under an Israeli and Egyptian blockade since the Hamas group seized power in 2007.

Authorities there have reported over 30,000 cases, including 220 deaths. With Gaza's Hamas rulers shunned by the international community, the territory will also rely on the PA. That means it could be several months before any large-scale vaccinations are carried out in the impoverished coastal strip. Dr. Gerald Rockenschaub, the head of the WHO office for the Palestinian territories, said the PA will provide vaccines to Gaza, but they will arrive in batches and it will take time to reach the first 20%.

"We hope that sometime during the first quarter of the next year the first vaccines will start arriving," he said.

Israel's Deputy Health Minister Yoav Kisch told Kan Radio that Israel was working to attain a surplus of vaccines for Israelis and that "should we see that Israel’s demands have been met and we have the additional capability, we will certainly consider helping the Palestinian Authority."

He said doing so would help prevent a resurgence of outbreaks in Israel proper. Dr. Ashi Shalmon, an Israeli Health Ministry official, said its approach is in line with past agreements. The Oslo accords require the PA to maintain international vaccination standards and for the sides to exchange information and cooperate in combating epidemics.

Israel, which intends to start by inoculating health workers and nursing home residents, plans to issue special "passports" to those who have been vaccinated, exempting them from restrictions and paving the way for the revival of travel and commerce. But the pandemic would continue to rage in Palestinian cities like Bethlehem – where hotels and shops have been empty for months and Christmas celebrations were mostly called off – even as a sense of normalcy is restored in Israel and nearby settlements.

Still, tens of thousands of Palestinians work in Israel and the settlements. They could potentially transfer the virus to Israelis who have not been vaccinated, slowing Israel's path to herd immunity, the point at which the virus can no longer easily spread. Physicians for Human Rights-Israel, a group that advocates for more equitable health care, says Israel has a legal obligation as an occupying power to purchase and distribute vaccines to the Palestinians.

It says Israel must also ensure that vaccines that don't meet its own safety guidelines – like the Russian shot – are not distributed in areas under its control.

"Israel still maintains control over many aspects of the Palestinians' lives, whether checkpoints, importing goods and medication, and controlling the movement of people," said Ghada Majadle, the director of the group's activities in the Palestinian territories.

"The Palestinian health system, whether in the West Bank or the Gaza Strip, is in dire condition, mainly (because of) restrictions imposed by Israel," Majadle said.