Mosques, preschools reopen in Gaza after monthslong closure due to COVID-19 pandemic 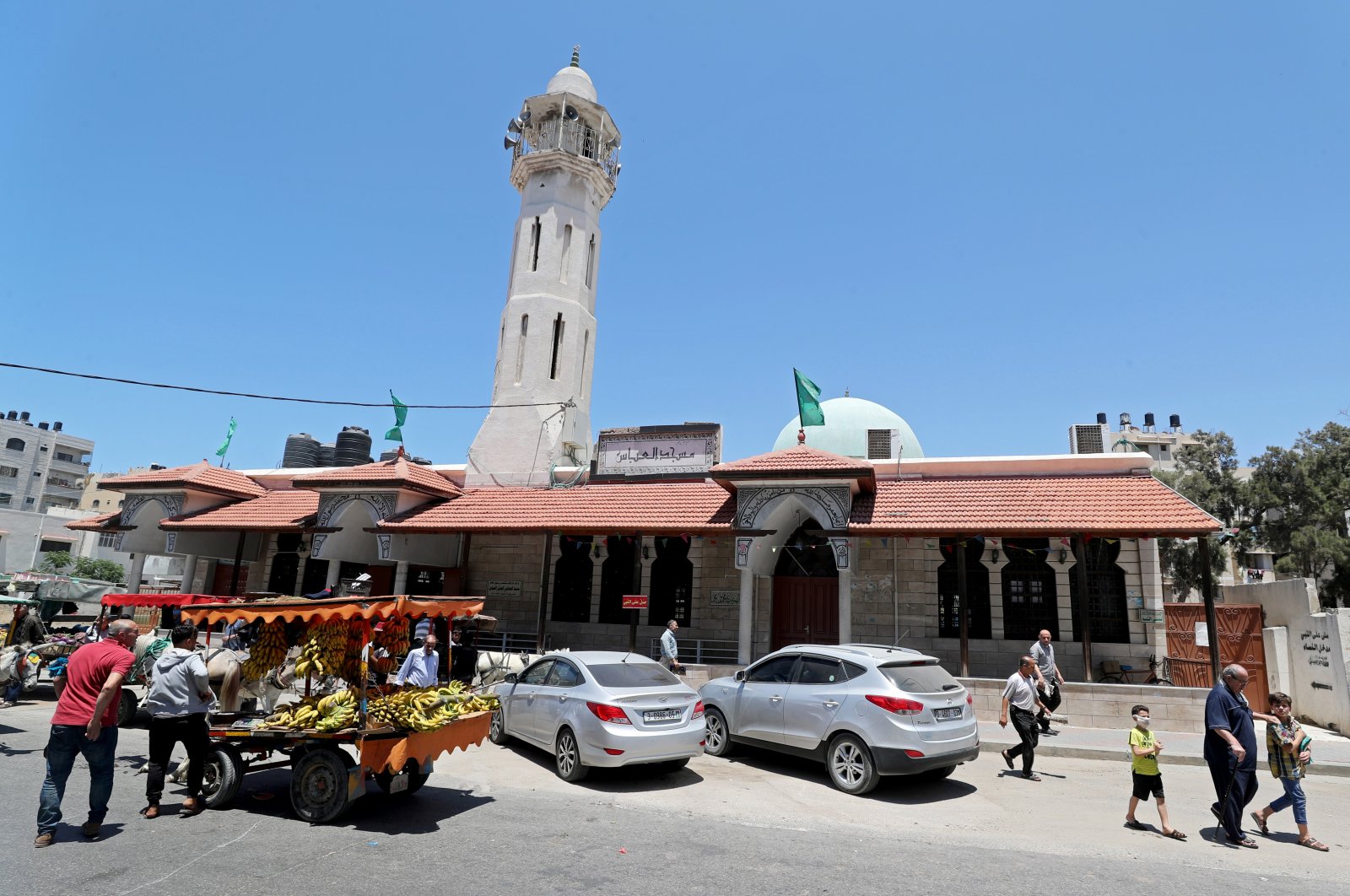 People leave after performing the dhuhr (noon) prayers at Al-Abbas Mosque as it reopens after the easing of coronavirus restrictions, in Gaza, Palestine, June 3, 2020. (Reuters Photo)
by Compiled from Wire Services
Jun 03, 2020 3:39 pm

Mosques reopened for daily prayers and children returned to preschools Wednesday in an easing of coronavirus restrictions in the Gaza Strip.

The Hamas-run enclave, whose borders are tightly controlled by Israel and Egypt, has recorded 61 confirmed cases, all in quarantine facilities, with one death recorded over the health crisis. Two million Palestinians live in Gaza.

Over the past week, Muslim religious authorities in the territory have allowed Friday prayers to resume in mosques, after a two-month closure.

They will now be open to worshippers every day. Abdel-Hadi Al-Agha, director of the Hamas-led Waqf and Religious Affairs Ministry, said he instructed mosque leaders to keep sermons and prayers brief as a health precaution.

"People's pleasure at returning to God's house is a great blessing," he said.

Gaza authorities also ordered the reopening of preschools for children between the ages of 2 and 5.

"A big percentage of families are employees, and since they have resumed their jobs in offices, they have brought their children back to our nursery school," said Hind Assousi, principal of the Beautiful Smile kindergarten in Gaza City.

The education system in Gaza and the West Bank was shut down in March to help prevent the spread of the coronavirus.

The academic year for elementary and secondary schools in Gaza and the West Bank has officially ended, with the exception of final exams that began Saturday for high school students.

In late April, the Hamas leaders reopened restaurants, following pleas from restaurant owners to ease the economic suffering. Under the decision based on the health ministry's recommendations, restaurants continued to observe social distancing rules.

Gaza, blockaded by Israel for 14 years, suffers from poverty rates close to 50%. Israel’s long-standing blockade has created serious obstacles for Gazans to gain access to a variety of medical supplies. Gaza’s health system of 13 public hospitals and 14 clinics, run by nongovernmental organizations, has buckled under persistent blockade-linked shortages of medicine and surgical supplies.