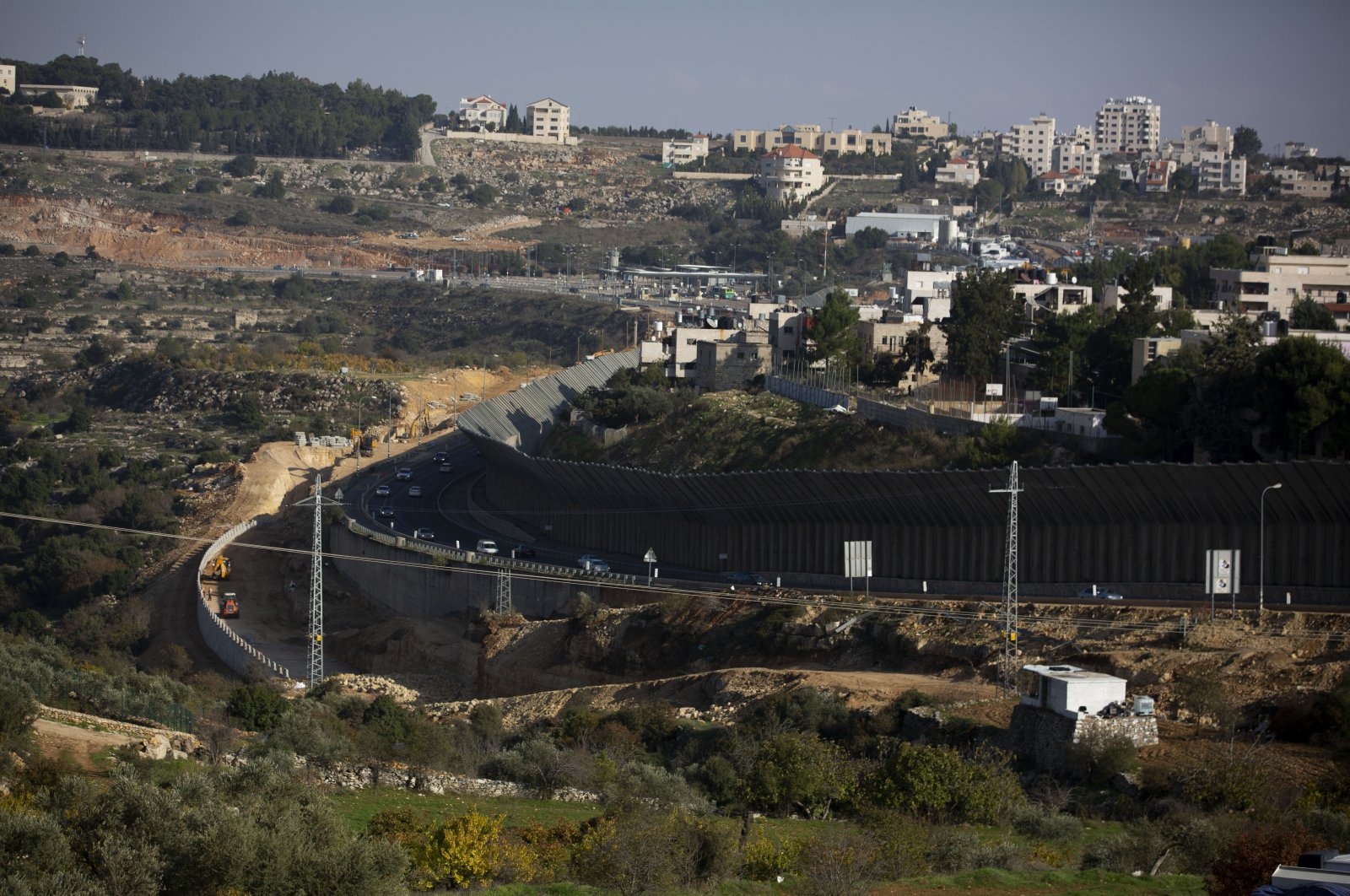 A construction project expands a road to Israeli settlements inside the occupied West Bank, near the city of Bethlehem, Nov. 29, 2020. (AP Photo)
by Daily Sabah with AP Dec 07, 2020 12:18 pm
RECOMMENDED

While Israel has pressed forward on plans for expanding settlement units in the Palestinian territories, right groups raised concerns about roads under construction that would allow Israelis to commute into Jerusalem and Tel Aviv from settlements deep inside the West Bank.

The costly infrastructure projects signal that Israel intends to keep large swaths of the occupied territory in any peace deal and would make it even harder to establish a viable Palestinian state.

This year is one of the most prolific for building new illegal settlements in Palestinian territories.

"This is not another hundred housing units there or here," said Yehuda Shaul, an Israeli activist who has spent months researching and mapping out the new projects, as quoted by The Associated Press (AP). “This is de facto annexation on steroids.”

Construction is already underway on a huge tunnel that Shaul says will one day allow settlers from Maale Adumim, a sprawling settlement east of Jerusalem, to drive into the city and onward to Tel Aviv without passing through a military checkpoint or even hitting a traffic light.

South of Jerusalem, work is underway to expand the main highway leading to the Gush Etzion settlement bloc and settlements farther south, with tunnels and overpasses designed to bypass Palestinian villages and refugee camps. Palestinians will be allowed to drive on many of the new roads, but the infrastructure will be of limited use to them because they need permits to enter Israel or annexed East Jerusalem.

But most Israelis live and work in the main cities. Except for an ideological minority, most Israelis would be uncomfortable living deep inside the West Bank, where two-lane roads pass through military checkpoints and Palestinian villages, and where clashes and rock-throwing can erupt at any time. The new roads promise to change all that, transforming settlements into affordable suburban communities with safe, easy access to cities and public transportation. Shaul estimates the new infrastructure could facilitate plans for more than 50,000 settler housing units in the West Bank and another 6,000 in East Jerusalem. “People don't bring roads; roads bring people,” he said.

Israel captured the West Bank during the 1967 Middle East war, better known as the Six-Day War. Since then, more than 700,000 Israelis have moved into settlements in the West Bank and East Jerusalem. Most of the international community considers Israel's West Bank settlements illegal according to international law and an obstacle to a two-state solution to the conflict.

Peace Now, an Israeli rights group that advocates peace between Palestinians and Israelis, said in a statement released in October that the Israeli government's plans "make 2020 the highest year on record in terms of units in settlement plans promoted since Peace Now began recording in 2012." It noted approved settlement units in 2020 have reached 12,159, "with possibility for another the Higher Planning Council (HPC) meeting for another round of approvals before year's end."

In October, Israel's latest move to approve nearly 5,000 illegal settlement units in the occupied West Bank has drawn further international criticism, especially from Turkey, the United Nations and some other European countries.