No place for US Consulate in East Jerusalem: Israeli PM Bennett 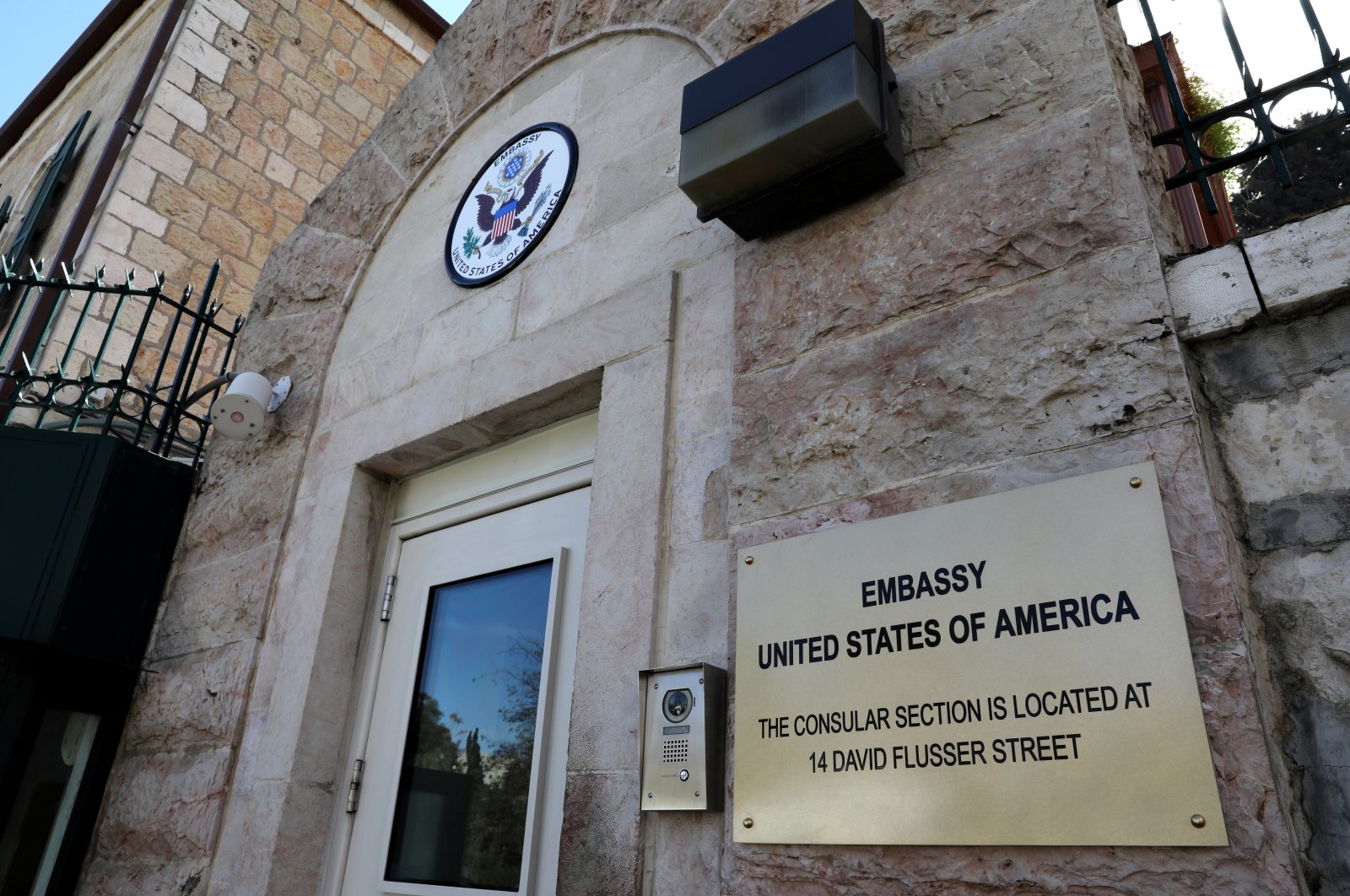 Plaques bearing the words "Embassy United States of America" are seen on a wall at the premises of the former U.S. Consulate in East Jerusalem, occupied Palestine, March 12, 2019. (Reuters Photo)
by ASSOCIATED PRESS Nov 07, 2021 2:32 pm
RECOMMENDED

Palestine on Sunday slammed Israel for rejecting the promised reopening of the United States Consulate in East Jerusalem, a move that would restore Washington's main diplomatic mission for the Palestinians in the contested city.

Israeli Prime Minister Naftali Bennett said late Saturday there was no room in East Jerusalem for another American mission.

The Trump administration shuttered the U.S. Jerusalem Consulate, an office that for years served as the de facto embassy to Palestine. Secretary of State Antony Blinken has pledged to reopen it, a move that Israel says would challenge its sovereignty over the city. The reopening could help mend U.S. ties with Palestine ruptured under Trump.

In a statement, the Palestinian Foreign Ministry said it views the reopening of the consulate as part of the international community's commitments to ending Israel's decadeslong occupation of Palestine's territories the Palestinians seek for their future state.

"East Jerusalem is an inseparable part of the occupied Palestinian territory and is the capital of the state of Palestine. Israel, as the occupying power, does not have the right to veto the U.S. administration’s decision,” the statement said.

Asked about the consulate at a press conference, Bennett repeated Israel's position on East Jerusalem.

"There's no room for another American consulate in Jerusalem,” he said. "Jerusalem is the capital of one state and that's the state of Israel.” Israeli Foreign Minister Yair Lapid suggested the consulate could instead be opened in the Palestinian administrative center in Ramallah, West Bank. Palestine rejects the idea because it would undermine its claim to East Jerusalem.

Israel views Jerusalem as its eternal, undivided capital. The Palestinians seek the eastern part of the city, which Israel occupied in 1967 and later annexed, as the capital of their state.

The consulate is emerging as another test between Bennett's government and the Biden administration, which has moved to restore traditional U.S. foreign policy toward Israel and Palestine after the Trump White House largely sided with Israel on issues related to the conflict.

Trump had downgraded the consulate's operations and placed them under his ambassador to Israel when he moved the U.S. Embassy from Tel Aviv to the holy city in 2018. The embassy move infuriated Palestine and led them to sever most ties with the Trump administration.

Blinken has not provided a firm date for the reopening and U.S. officials have implied that Israeli resistance to the move could act as a hindrance.