'Nothing on the table' for cease-fire: Senior Israeli official 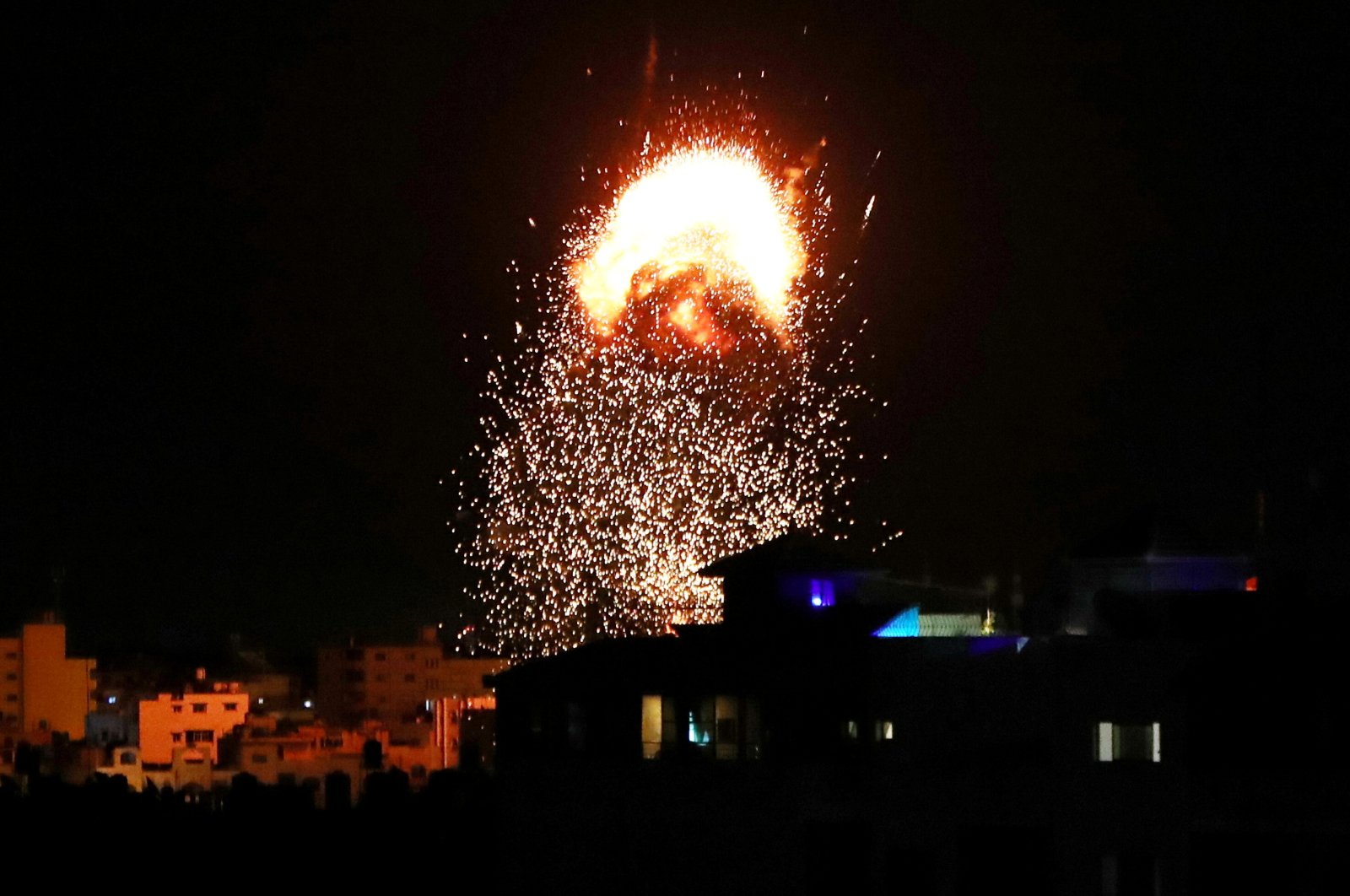 Smoke and flames rise above a building during Israeli airstrikes, amid a flare-up of Israeli aggression, in Gaza City, Palestine, May 17, 2021. (Reuters Photo)
by Agencies May 18, 2021 12:12 am
RECOMMENDED

A senior Israeli official cast doubt on Monday about the possibility of a cease-fire between Israel and Palestine after more than a week of Israeli aggression that has killed hundreds of civilians in Gaza, including children.

Efforts by the United States, Egypt and the United Nations to bring a halt to Israeli airstrikes and rocket fire by Palestinians in Gaza have so far failed to quell the fighting.

Asked if any cease-fire was in the works, a senior Israeli official told Reuters: "There is no such thing right now. There is no negotiation. There is no proposal. There is nothing on the table."

Egypt, which shares a border with Gaza, has mediated Israel-Hamas cease-fires in the past, along with Qatar and the United Nations. The U.N. General Assembly will meet to discuss the violence on Thursday.

But the senior Israeli official held out the possibility of a more prolonged conflict.

"We have no idea how much time we need, because the rocket fire is unceasing. We can't stop when the attacks are coming in like this. Israel is ready to keep fighting. The target bank is unending. This could go on for months," the official said.