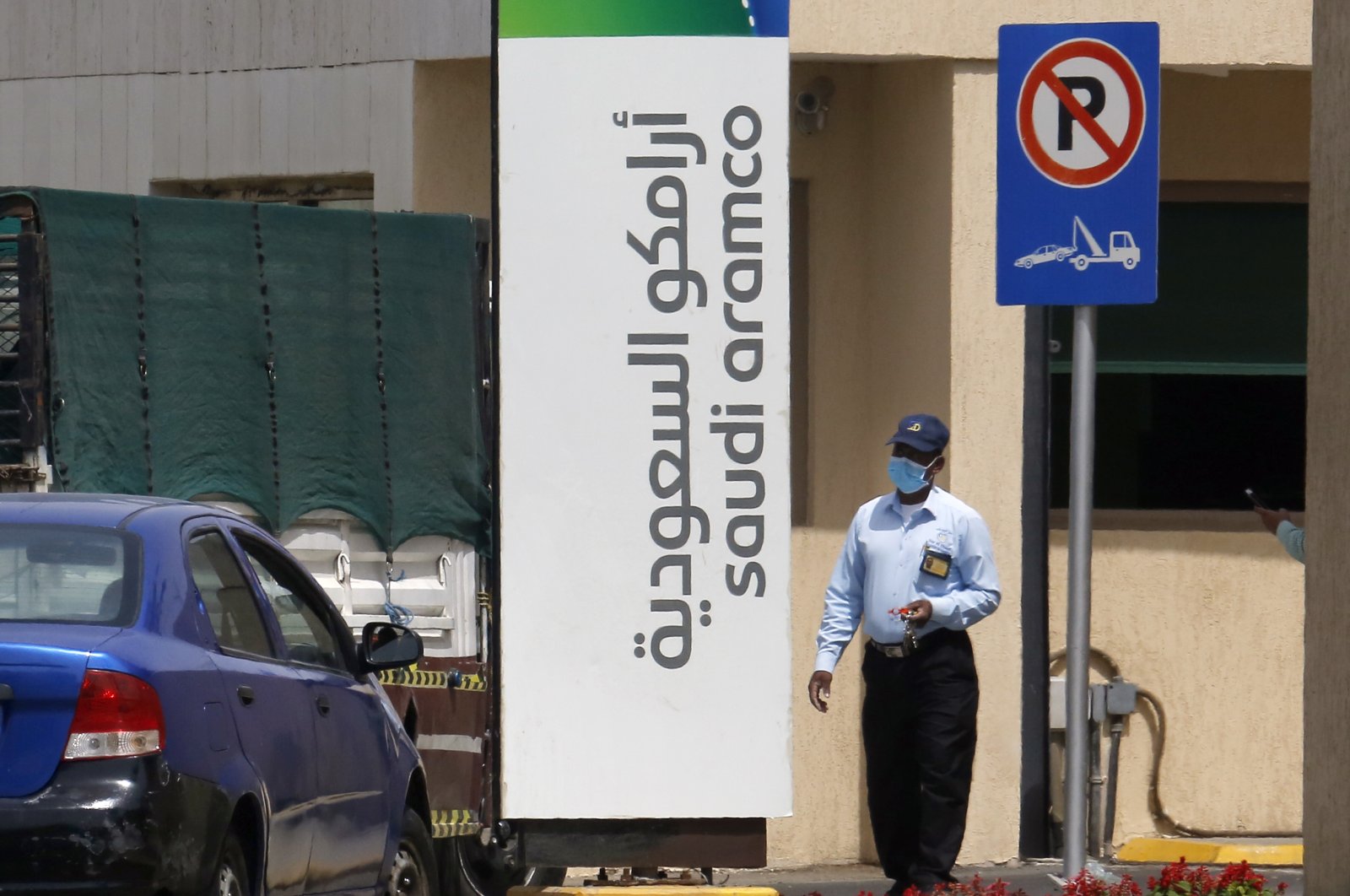 Viral photos of a worker wearing a hand sanitizer dispenser at Saudi oil giant Aramco's offices have drawn condemnation as many social media users blasted the images as racist.

The South Asian worker was shown looking downcast, even humiliated, and wearing a blue surgical mask and a large white-shaped box with the words "Hand Sanitizer" in the middle and a dispenser underneath. White men in suits are seen approaching him for sanitizer. The oil-rich country is home to millions of low-income foreign workers employed in blue-collar jobs largely shunned by Saudis.

"Disgusting racism," prominent Emirati academic Sultan al-Qassemi wrote on Twitter. The unidentified foreign worker in the images "must be compensated for this humiliating act," another Twitter user wrote. Another labeled it an act of "slavery."

Saudi Aramco, the kingdom's oil and gas producer, said it has taken action to stop what it described as "abusive behavior" in one of its office buildings after the images were shared on social media. Aramco said on its Arabic Twitter account Wednesday that it has taken action to stop and prevent this. The company said this effort at sterilization was taken without its approval.

Saudi Arabia, which has reported 21 coronavirus cases so far, has expressed alarm over its rapid spread across the Gulf, most of them in people returning from pilgrimages to Shiite holy places in Iran.

The kingdom has cordoned off the mainly Shiite district of Qatif, halted flights to and from 14 countries and closed schools and universities, in a package of measures to contain the virus.

Authorities have also suspended the "umrah" year-round pilgrimage to the Muslim holy cities of Mecca and Medina for fear of the disease spreading in the kingdom.

Saudi Arabia has blamed archrival Iran for the outbreak while condemning Tehran for allowing its citizens to enter without stamping their passports.