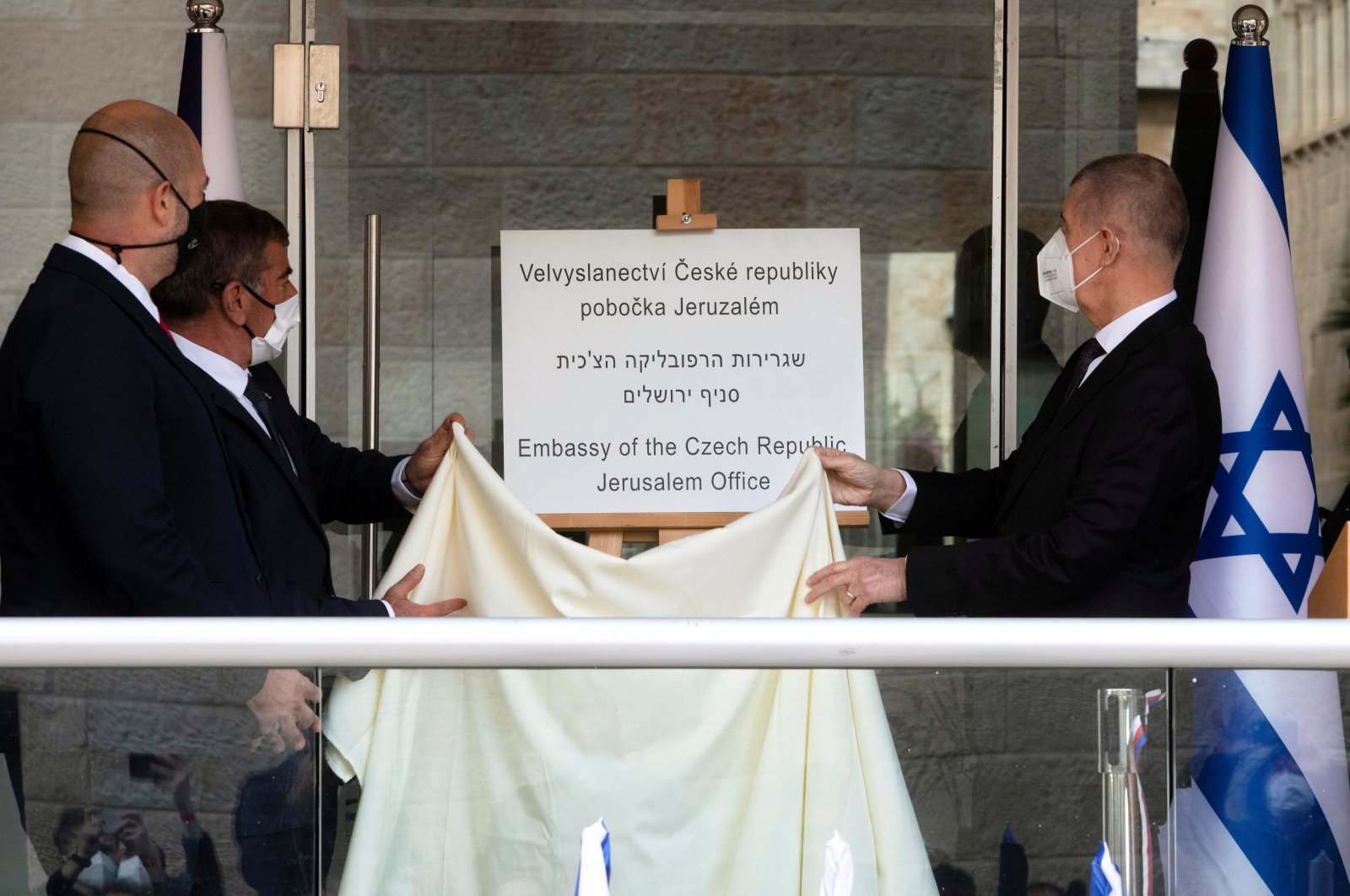 The Palestinian Authority (PA) and the Arab League on Saturday condemned the Czech Republic's opening of a diplomatic office in Jerusalem as a violation of international law.

Prague opened a Jerusalem branch of its Israel embassy, which is located in Tel Aviv, on Thursday.

The inauguration was attended by Czech Prime Minister Andrej Babis, two weeks after Israel sent 5,000 Moderna COVID-19 vaccine doses to the Czech Republic under a "vaccine diplomacy" program that later came under legal scrutiny and was frozen.

The Palestinian Foreign Ministry called Prague's move "a blatant attack on the Palestinian people and their rights, a flagrant violation of international law," and said it would harm peace prospects.

In Cairo, Arab League Secretary-General Ahmed Aboul Gheit said in a statement: "The legal status of Jerusalem will be affected by the decision of one country or another to open representative offices. East Jerusalem is an occupied land under the international law."

Jerusalem's status is one of the thorniest issues in the decades-old Israeli-Palestinian conflict. Israel annexed the eastern part of the city in a move not recognized internationally and regards all of Jerusalem as its capital.

The Palestinians seek East Jerusalem, which Israel captured along with the West Bank and Gaza in the 1967 Middle East War, as the capital of a future independent state.

Speaking beside Israeli Prime Minister Benjamin Netanyahu on Thursday, Babis said Prague was a “strategic partner” of Israel, recalling how after 1948 Czechoslovakia helped it maintain its new-found independence by sending deliveries of fighter planes.

At the inauguration ceremony, Babis said it "represents another milestone in our co-operation, it gives evidence that we see the importance of this great city."

Only two countries have full embassies in Jerusalem: the United States – after former U.S. President Donald Trump broke with decades of U.S. policy to recognize Jerusalem as the capital of Israel – and Guatemala.

The Czech Republic is one of Israel's strongest supporters in the European Union.

Although it formally supports a two-state solution to the Israeli-Palestinian conflict, it was named in an International Criminal Court (ICC) pretrial decision last month as one of the countries supporting Israel's argument that the court should not investigate war crimes in the Palestinian territories.

Babis said on Thursday his country regarded the ICC’s decision to proceed with an investigation as “unfortunate,” adding: “Though we respect the independence of the court, the Czech Republic doesn’t consider Palestine to be a state, therefore the court has no jurisdiction over it.”