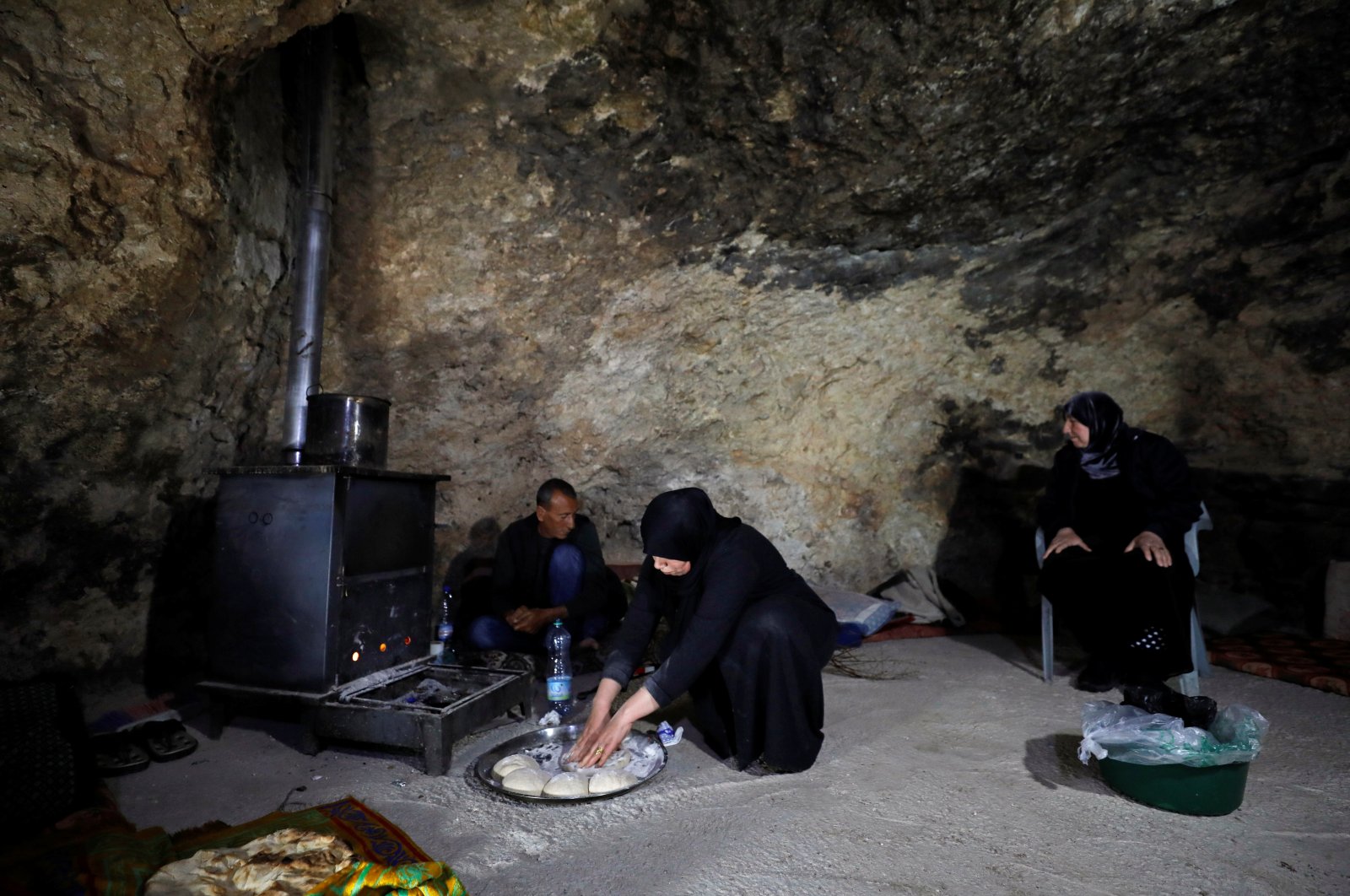 A Palestinian man who lives in a hillside cave in the West Bank says his home is often under threat from Israeli settlers in the occupied territory.

"You'll be sitting with your wife in the cave, and the settlers will raid it without any notice," Barakat Mour, 60, told Reuters about his family's dwelling near the occupied West Bank city of Hebron. "Here is where I was born. I was born in this cave."

The Israeli military said that in recent weeks, "there have been several reports of friction between settlers and Palestinians in caves near the village of (At-Tuwani)" and that troops worked to "separate the participants and restore order." Natural caves dot the southern Hebron hills.

According to the Israeli rights group B'Tselem, Palestinian cave-dwellers have been living there at least since the 1830s, using some caves as shelter for sheep and goats and others as homes.

Most have openings carved from stone and are divided into a living space, a storage area and a kitchen.

Mour and his 12 brothers live in the Palestinian village of Yatta but spend most days in a cave and rotate sleeping there to deter settlers from seizing it at night, he said. Mour said that in one incident last week, around 70 settlers entered the cave and damaged the property.

Some 440,000 settlers live among more than 3 million Palestinians in the occupied West Bank, territory Israel captured in the 1967 Middle East war and that Palestinians seek for a future state.

Most countries view Israeli settlements in occupied territory as illegal under international law.

Israel disputes this, citing historic, religious and political links to the land as well as security needs.

Israeli and Palestinian activists have staged demonstrations outside the cave to support Mour's family. At one recent protest, on Jan. 23, activists banged drums and chanted "occupation, no more" toward a group of settlers before being dispersed by Israeli troops firing stun grenades.

The military said "a disturbance developed" during which a number of Palestinians violated an order to leave the area, resulting in soldiers employing "riot dispersal means."

According to Anadolu Agency (AA), the Israeli army on Monday demolished around 40 Palestinian houses in the occupied West Bank, causing the displacement of 11 families, according to the Palestinian Red Crescent Society, while the Palestinian group Hamas decried the move as a "policy of ethnic cleansing." The Israeli forces also removed tents set up at the site by activists in addition to confiscating two of their vehicles.

"Israel's demolition of homes in the northern Jordan Valley area is a continuation of the policy of ethnic cleansing that the Zionist institutions have practiced against our people for decades," the movement's spokesperson Hazem Qassem said in a statement Thursday.

Qassem shunned the practice as a form of "organized terror" by the Zionists against Palestinians and called for "the intensification of a comprehensive and united resistance to counter the policy of house demolitions and displacement (of Palestinians)."