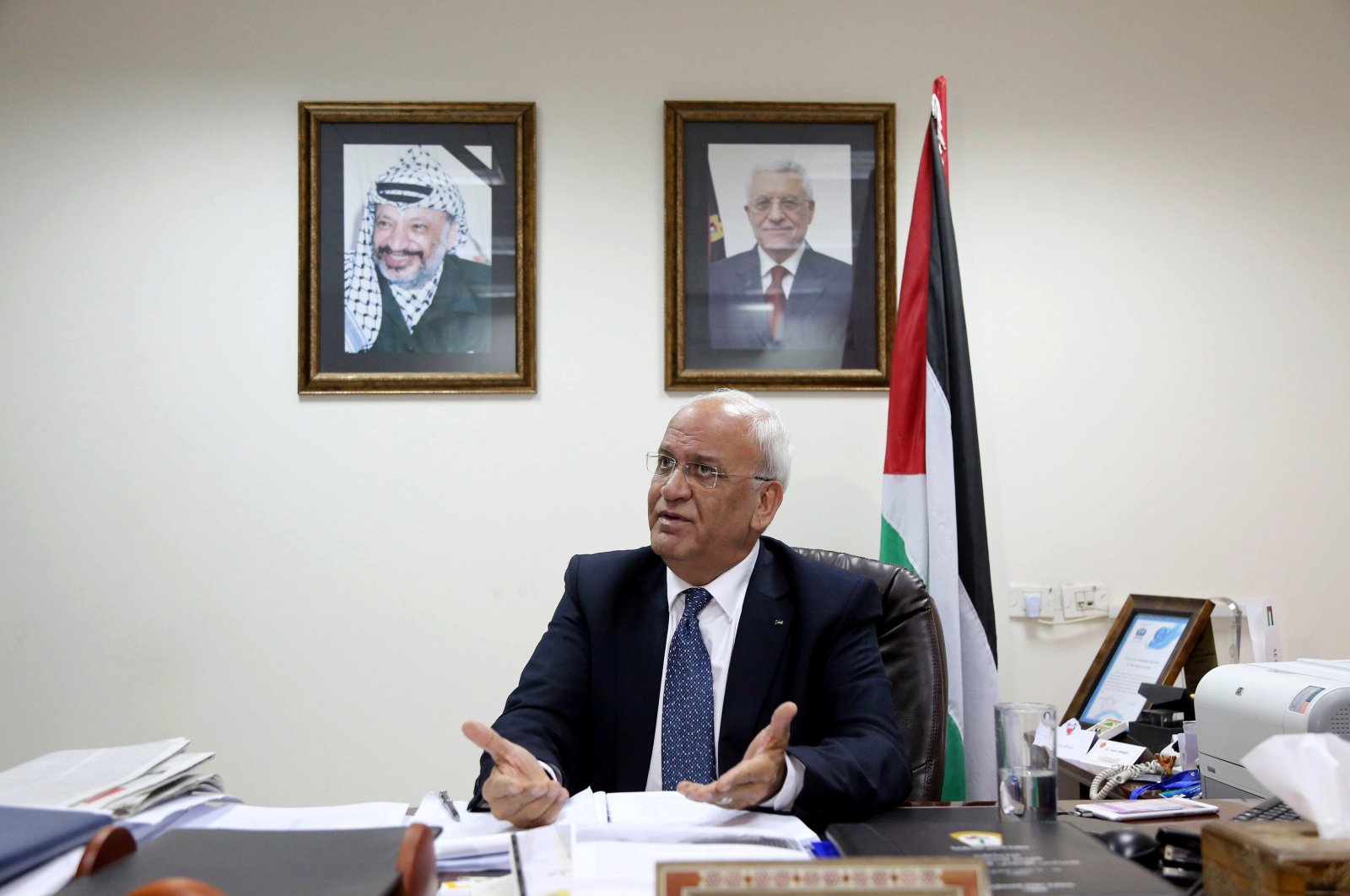 Saeb Erekat, a prominent Palestinian spokesperson for decades, died on Tuesday after contracting COVID-19, a senior member of his Fatah party said. He was 65.

Erekat confirmed on Oct. 8 that he had been infected with the coronavirus. In 2017 he underwent a lung transplant in the United States, which suppressed his immune system. He was rushed from his home in the West Bank city of Jericho to Hadassah Medical Center in Israel last week. Doctors placed him on a ventilator and in a medically induced coma after his condition deteriorated.

Chief negotiator in U.S.-brokered peace talks with Israel that collapsed in 2014, Erekat was also secretary-general of the Palestine Liberation Organization (PLO) and a member of its most powerful faction, Fatah.

Erekat was involved in nearly every round of peace negotiations between Israel and the Palestinians going back to the landmark Madrid conference in 1991, when he famously showed up draped in a black-and-white checkered keffiyeh, a symbol of Palestinian nationalism.
Over the next few decades Erekat was a constant presence in Western media, where he tirelessly advocated for a negotiated two-state solution to the decades-old conflict, defended the Palestinian leadership and blamed Israel for the failure to reach an agreement.