Palestinian dies of wounds sustained by Israeli fire in Gaza 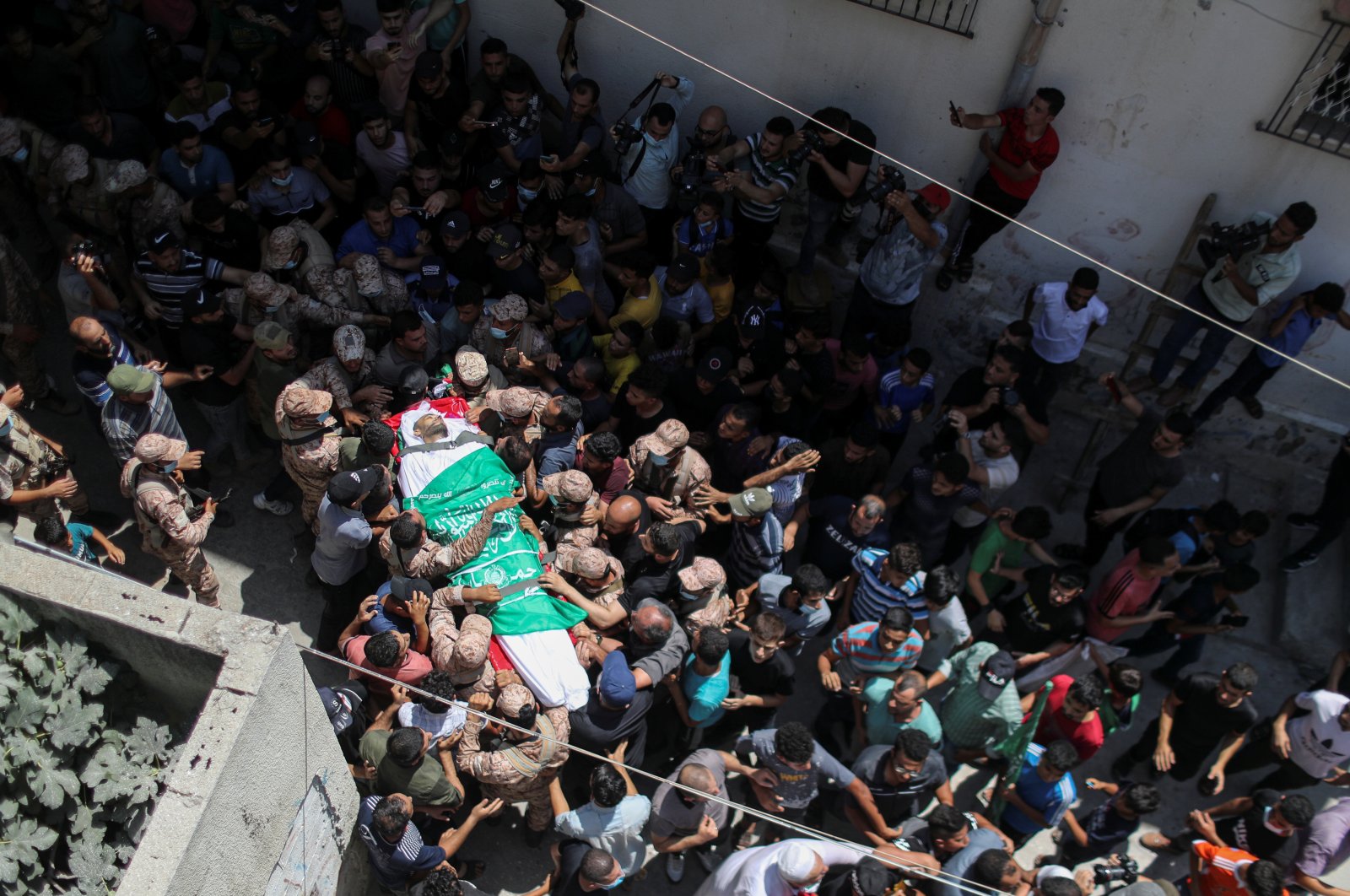 Mourners carry the body of Palestinian Osama Deeij, who died of a wound he sustained during an anti-Israel protest at the Israel-Gaza border fence on Saturday, Gaza Strip, Palestine, Aug. 25, 2021. (Reuters Photo)
by ASSOCIATED PRESS Aug 25, 2021 1:44 pm
RECOMMENDED

A Palestinian man died Wednesday from a bullet wound suffered during clashes with Israeli forces along Gaza's border fence over the weekend, Palestinian health officials said.

Osama Dueij, 32, was shot in the leg on Saturday during a violent demonstration on the border. The Israeli military said demonstrators approached one area of the fence in northern Gaza and tried to climb over while throwing explosives at troops. In response, it said that troops fired tear gas and live rounds toward the protesters.

Israeli gunfire wounded 41 Palestinians, including a 13-year-old boy who was shot in the head, the Health Ministry in Gaza said.

Hundreds of Palestinians took part in Saturday's demonstration organized by Gaza’s Hamas rulers against the Israeli-Egyptian blockade of the enclave and Israel's decision to halt Qatari aid funds.

The new Israeli government, led by Prime Minister Naftali Bennett, initially blocked Qatari aid and the import of reconstruction materials following May's war with Hamas, the fourth since the Palestinian resistance group seized power in 2007. But after an agreement with the Gulf Arab country last week, Israel agreed to resume aid payments to thousands of families in the Gaza Strip.

The payments are expected to arrive in the coming weeks and will be transferred by the United Nations directly to Gaza families, with Israel having oversight on the list of families receiving aid.

At least 254 people were killed during May’s Gaza-Israel war, including 67 children and 39 women. Twelve civilians, including two children, were killed in Israel, along with one soldier.