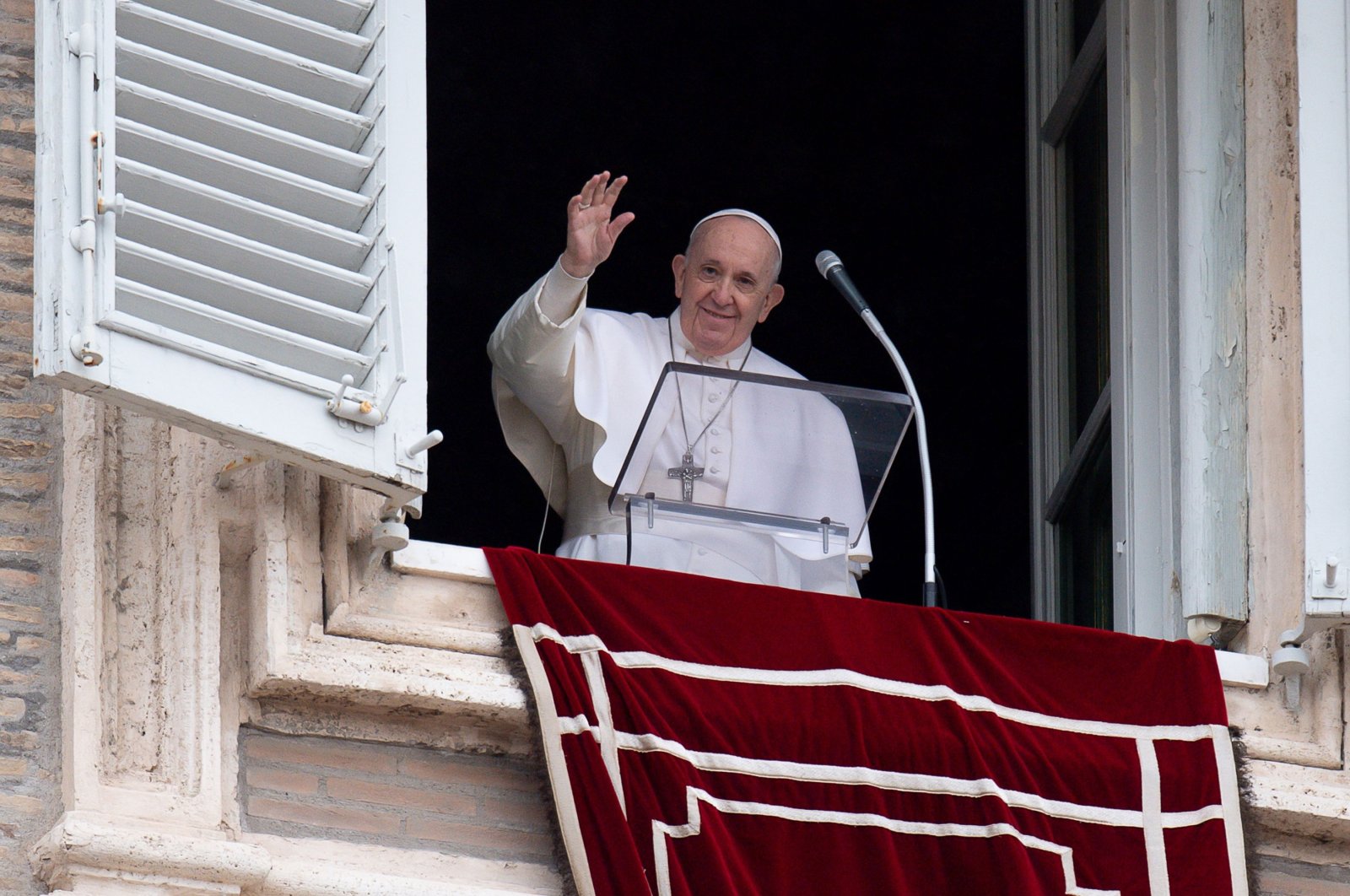 Pope Francis waves from the window of the apostolic palace overlooking St. Peter's Square during the weekly Angelus prayer in the Vatican, during the COVID-19 pandemic, Feb. 7, 2021. (AFP)
by German Press Agency - DPA Feb 08, 2021 7:09 pm

Pope Francis has planned meetings with political and religious leaders during his trip to Iraq next month, the first visit to the Middle Eastern country by the head of the Catholic Church.

As the Holy See announced on Monday, a reception with Prime Minister Mustafa al-Kadhimi in Baghdad and a visit with Iraqi President Barham Salih are on the schedule for March 5.

Francis is also planning to meet representatives of the Catholic Church.

The following day, Francis will travel to the holy city of Najaf for a meeting with the influential Shiite cleric, Grand Ayatollah Ali al-Sistani.

The 84-year-old Argentinean also wants to visit Ur in the south of the country, which is mentioned in the Bible, for an interfaith meeting.

In the north of the country, an appointment with representatives of the autonomous region of Kurdistan in the city of Irbil is on the agenda.

In the nearby city of Mosul, the pontiff will pray for the victims of the conflict in Iraq. A total of two masses are also planned.

Francis visited the United Arab Emirates at the beginning of 2019 and met the top religious representative of Sunni Islam.