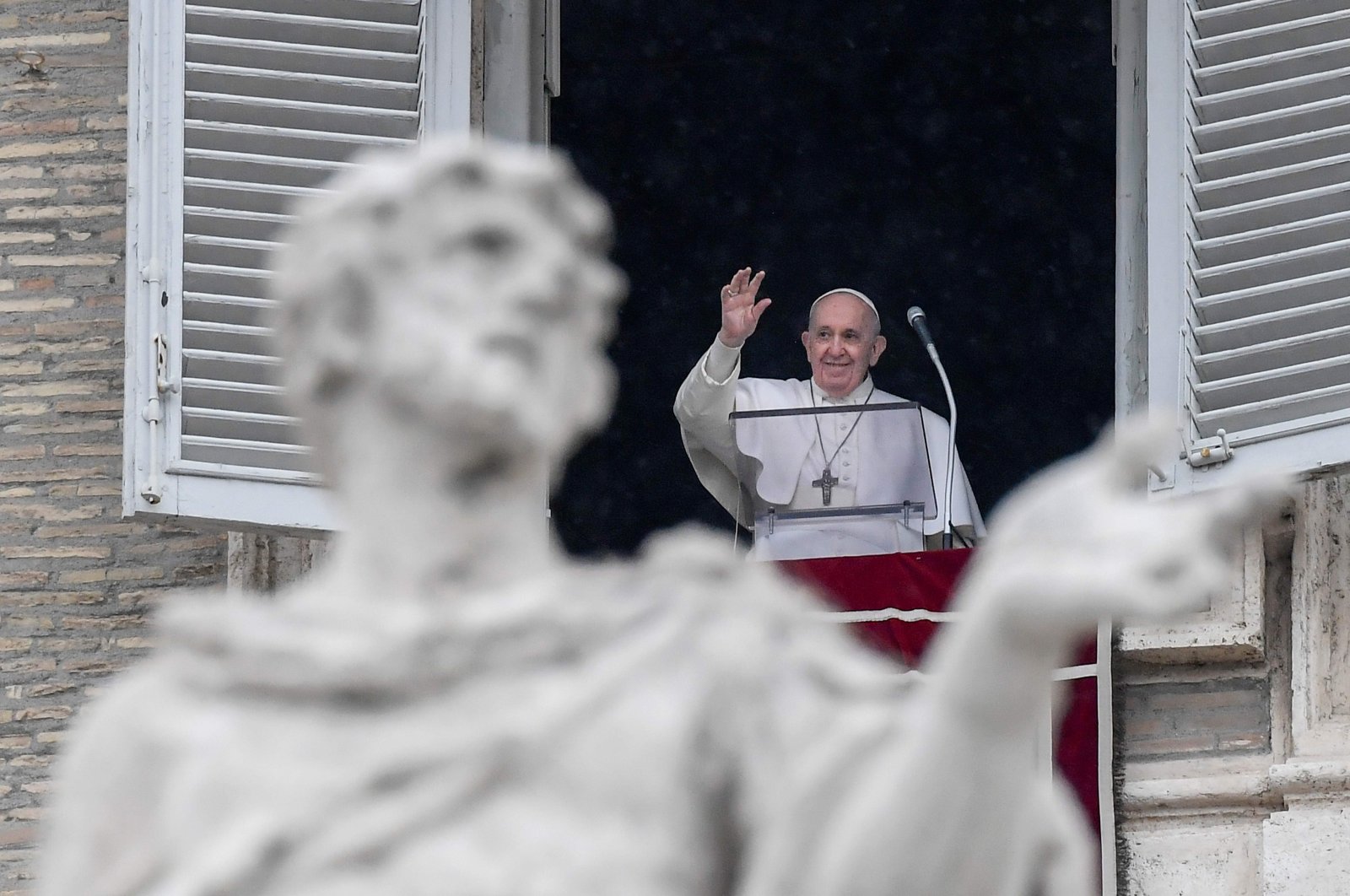 Pope Francis waves from the window of the Apostolic Palace overlooking St. Peter's Square during the weekly Angelus prayer on Feb. 7, 2021 in the Vatican (AFP)
by ASSOCIATED PRESS Feb 07, 2021 9:00 pm

Pope Francis on Sunday delivered the Angelus prayer and greeted the public in St. Peter's Square, resuming the Sunday noon tradition in the Vatican City after a seven-week hiatus to discourage mass gatherings during the COVID-19 pandemic.

Smiling broadly, Francis appeared at an Apostolic Palace window overlooking the square and greeted a couple of hundred people standing a safe distance apart in the cobblestone square. Most held umbrellas on a drizzly, windy day.

“In the square again!” Francis said. He appeared on the first Sunday since the Rome area regained Italy’s "yellow zone’’ designation, which carries the least restrictions on movement.

Just the day before, in a break with tradition, Pope Francis appointed French national Nathalie Bacquart as an undersecretary of the synod of bishops, making her the first woman to hold the post and have voting rights.

Normally thousands of pilgrims, tourists and locals would turn out in the vast square on Sundays to hear the pope. But Italy isn’t allowing travel between regions in the country, and with stringent measures discouraging arrivals from overseas, tourism and pilgrimages have practically evaporated.