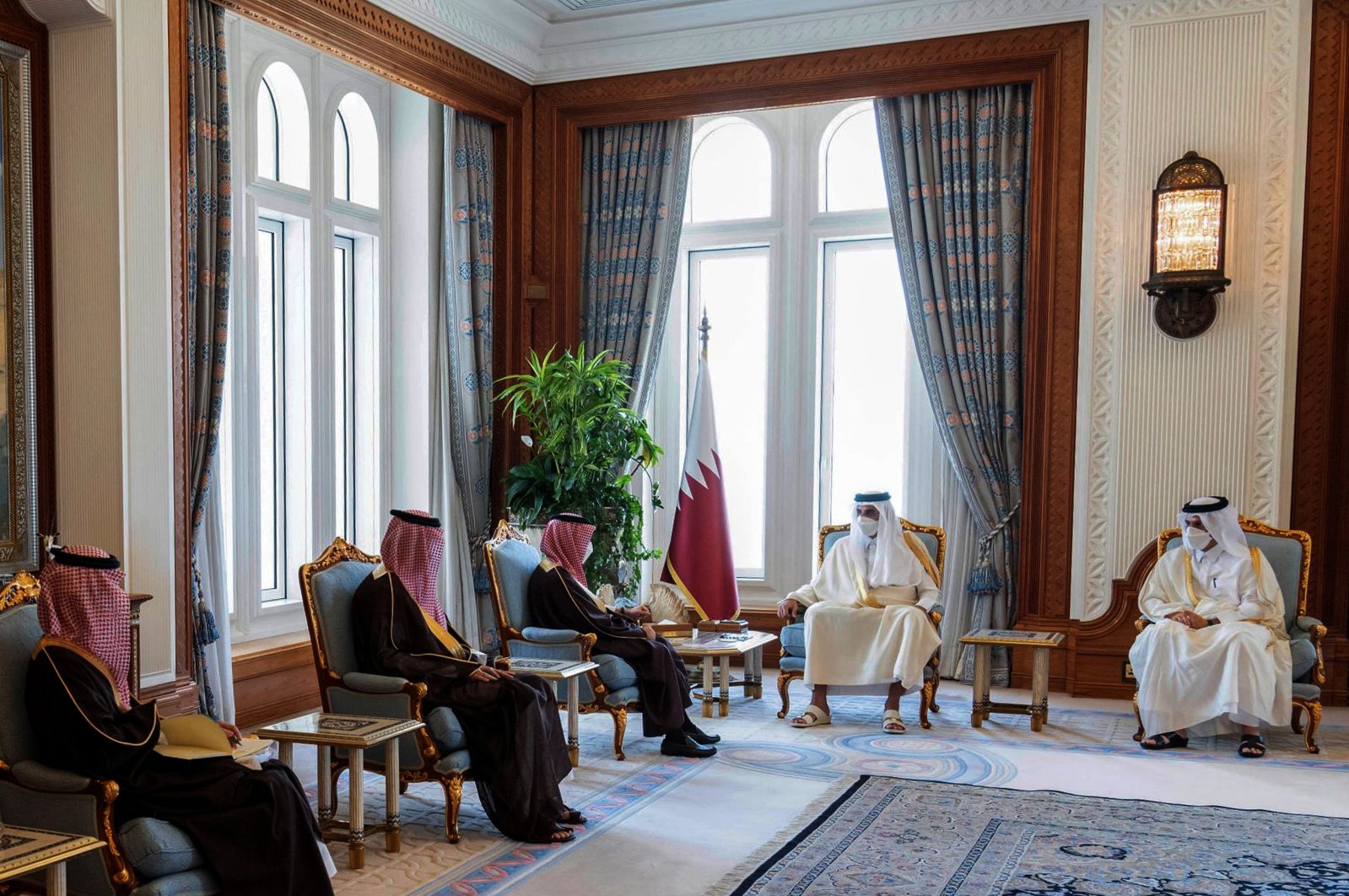 The visit to the Qatari capital comes after Saudi Arabia and its Arab allies in January agreed to end a bitter political row with Doha and restore ties severed since mid-2017 over accusations that Qatar supports terrorism, a charge Doha denies.

Saudi Arabia, the United Arab Emirates (UAE), Bahrain and Egypt have all restored travel links with Qatar since the deal backed by the administration of former U.S. President Donald Trump was announced at an annual Gulf Arab summit in Saudi Arabia.

Egypt and Saudi Arabia have restored diplomatic ties with Qatar. State-run Saudi Press Agency (SPA) said the charge d'affaires of the Saudi Embassy in Doha, Ali al-Qahtani, was among those greeting Prince Faisal upon arrival on Monday.

The visit is the latest sign of warming ties between the two countries after their respective foreign ministers met last week on the sidelines of an Arab League session in Cairo.

Although the thaw has been widely welcomed, there is mistrust toward the United Arab Emirates, the other major player in the boycott bloc, which was the staunchest critic of Doha and its leadership throughout the crisis.

But since the reconciliation, there have been cautious steps toward normality, including the resumption of air travel between the former adversaries and the reopening of Qatar's sole land border with Saudi Arabia.

In a sign of goodwill, Egyptian authorities released an Al-Jazeera Arabic journalist from jail in February after more than four years of detention.