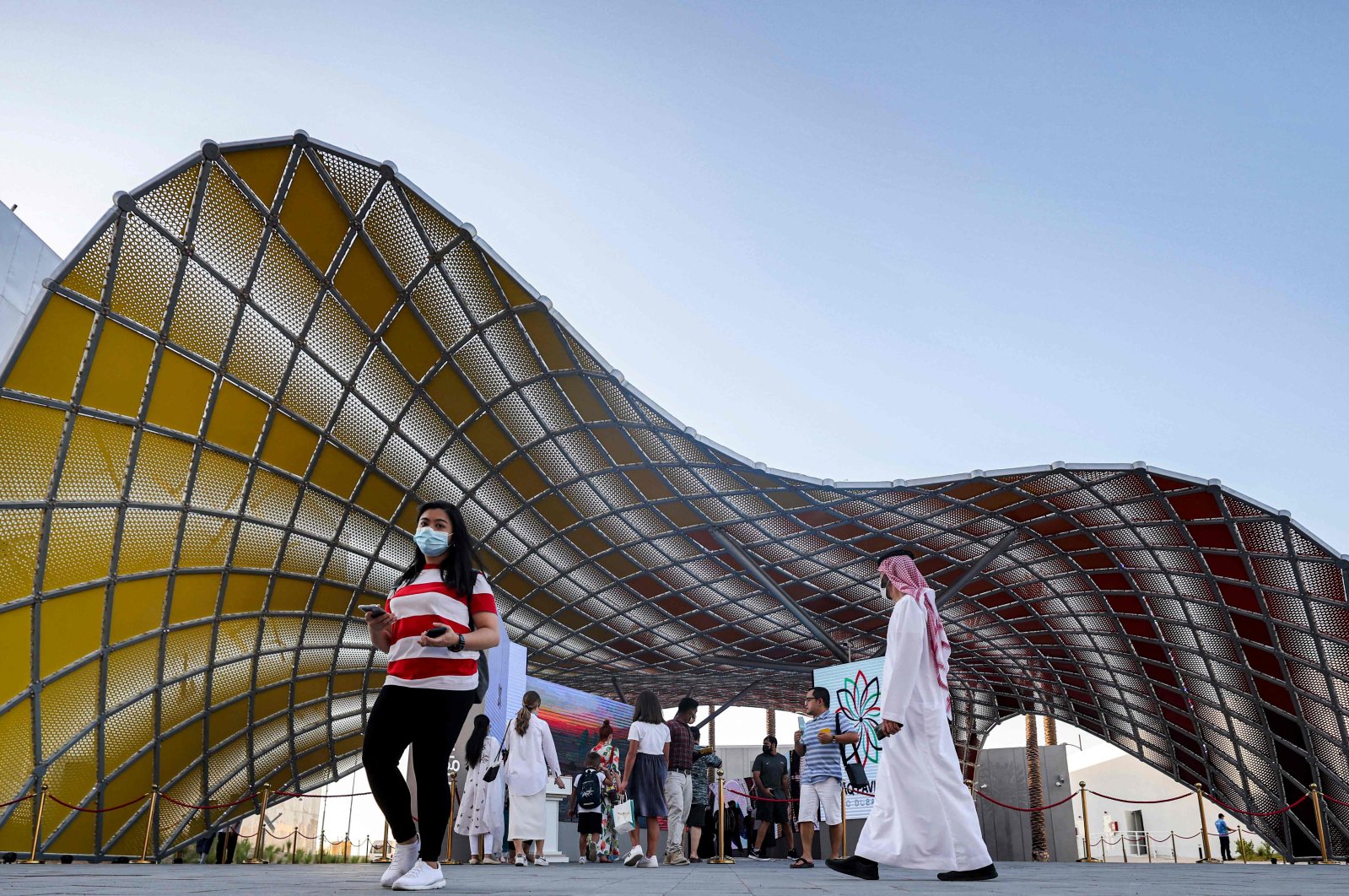 Dozens of human rights organizations paid tribute Thursday to rights advocates who have been arrested or oppressed by authorities in the United Arab Emirates (UAE) in the wake of the massive 2020 World Expo Fair hosted by Dubai.

Hosting the 2020 World Expo in Dubai, the Gulf nation has launched the world's fair with a gleaming ceremony, musical performances and lavish decorations in hopes of bringing more investors to the country after its economy was hit hard by the coronavirus pandemic. The event, which started on Oct. 1 and will last for six months, was designed to burnish the city’s reputation abroad and draw millions of visitors.

While UAE officials were busy enjoying all the attention the fair brought to the country, the alternative expo was taking place online, with musicians, poets and visual artists from across the Middle East putting a spotlight on rights abuses in the Emirates by using their talents, standing in solidarity with detained activists.

"The country claims that when the world comes together, we create a better tomorrow. In reality, the UAE continues to invest in whitewashing, manipulation and controlling and monitoring and imprisoning human rights defenders," said Weaam Youssef, a program manager at the Gulf Centre for Human Rights. "Creating a better world is impossible without the help and contributions of human rights defenders."

"In the UAE, every rights defender has been either exiled (or) imprisoned, in violation of their rights for freedom of expression," Youssef said.

During the two-hour gathering, participators told sundry stories, denouncing UAE, Bahrain, Saudi Arabia and Egypt for repressing their own people in order to silence the critics and maintain their hegemony.

Human rights activists said that while international celebrities, including Italian tenor singer Andrea Bocelli, British singer Ellie Goulding, Chinese pianist Lang Lang and Saudi singer Mohammed Abdu were headlining the spectacular opening ceremony in Dubai, many prominent voices went unheard such as that of an award-winning activist based in the UAE, Ahmed Mansoor, who is serving a 10-year sentence in jail for his calls to reform the country. He has been an outspoken critic of the UAE government during the Arab Spring and was imprisoned in 2011 as part of the "UAE Five" for insulting the nation's leaders.

"(Mansoor) was imprisoned for his peaceful and legitimate work in the field of human rights," said Khalid Ibrahim of the Gulf Centre for Human Rights.

The UAE has also come under fire over a lack of transparency after the World Expo offered conflicting figures for how many workers had been killed on-site during construction of the massive world’s fair, first saying five and then three. Later the management of the world's fair apologized and described the initial figure as a “mistake.”

Authorities had refused for months to publicly provide any figures for construction-related casualties in the run-up to the $7 billion fair rising from the desert outside Dubai. The inconsistent statements came as the event and the UAE as a whole has long faced criticism from human rights activists over poor treatment of the low-paid migrant laborers from Africa, Asia and the Middle East who keep the country’s economy humming.

When pressed to provide a number for worker deaths at a news conference on Oct. 2, Expo spokesperson Sconaid McGeachin said without hesitation that “we have had five fatalities now,” adding, “you know, that is obviously a tragedy that anybody would die.”

But just after 5 p.m. GMT on the same day and hours after The Associated Press (AP) report quoted McGeachin, Expo put out a statement that said: “Unfortunately, there have been three work-related fatalities (and) 72 serious injuries to date.” Just after 7 p.m., Expo issued another statement apologizing for “the inaccuracy.”

Expo said that its 200,000 laborers who built the vast fairgrounds from scratch worked over 240 million hours. Over the past year, authorities had not offered any overall statistics previously on worker fatalities, injuries or coronavirus infections despite repeated requests from the AP and other journalists.

The admission comes after the European Parliament urged nations not to take part in Expo, citing the UAE’s “inhumane practices against foreign workers” that it said worsened during the pandemic. Ahead of Expo, businesses and construction companies are “coercing workers into signing untranslated documents, confiscating their passports, exposing them to extreme working hours in unsafe weather conditions and providing them with unsanitary housing,” the resolution last month said.

“We have taken steps to ensure those have been addressed and very much intervened in cases on that,” she said, without elaborating.

Laborers in the UAE are barred from unionization and have few protections, often working long hours for little pay and living in substandard conditions. Most foreign workers, hoping to earn more than they would at home, come to the UAE and other oil-rich Arab states through recruitment agencies, part of a sponsorship system that ties their residency status to their jobs and lends their employers outsized power.

Earlier in October, prominent human rights organization Human Rights Watch (HRW) said that Abu Dhabi is using Expo 2020 to "falsely present itself on the world stage as open, tolerant and rights-respecting while shutting down the space for politics, public discourse and activism."

"Dozens of UAE peaceful domestic critics have been arrested, railroaded in blatantly unfair trials and condemned to many years in prison simply for trying to express their ideas on governance and human rights," deputy Middle East director at HRW Michael Page said, according to London-based news site Middle East Eye (MEE).

Another human rights organization, Amnesty International, also slammed UAE after reports that Abu Dhabi used Israel's spyware Pegasus to spy on world leaders, political dissidents and journalists broke out. On Thursday the Guardian reported that one of the most prestigious educational institutions in the U.K., the University of Cambridge, has cut off talks with the UAE over a record 400 million British pounds ($548 million) partnership following allegations of the Gulf State using controversial Pegasus hacking software, the university's outgoing vice-chancellor said.

“There were further revelations about Pegasus that really caused us to decide that it’s not the right time to be pursuing these kinds of really ambitious plans with the UAE,” Stephen Toope told the Varsity student newspaper, according to the Guardian.

The Guardian's Pegasus Project leaked more than 50,000 phone numbers believed to be associated with people of interest to clients of NSO Group, the Israeli company behind Pegasus. According to the British daily, the UAE turned out to be the main government responsible for selecting hundreds of British numbers.