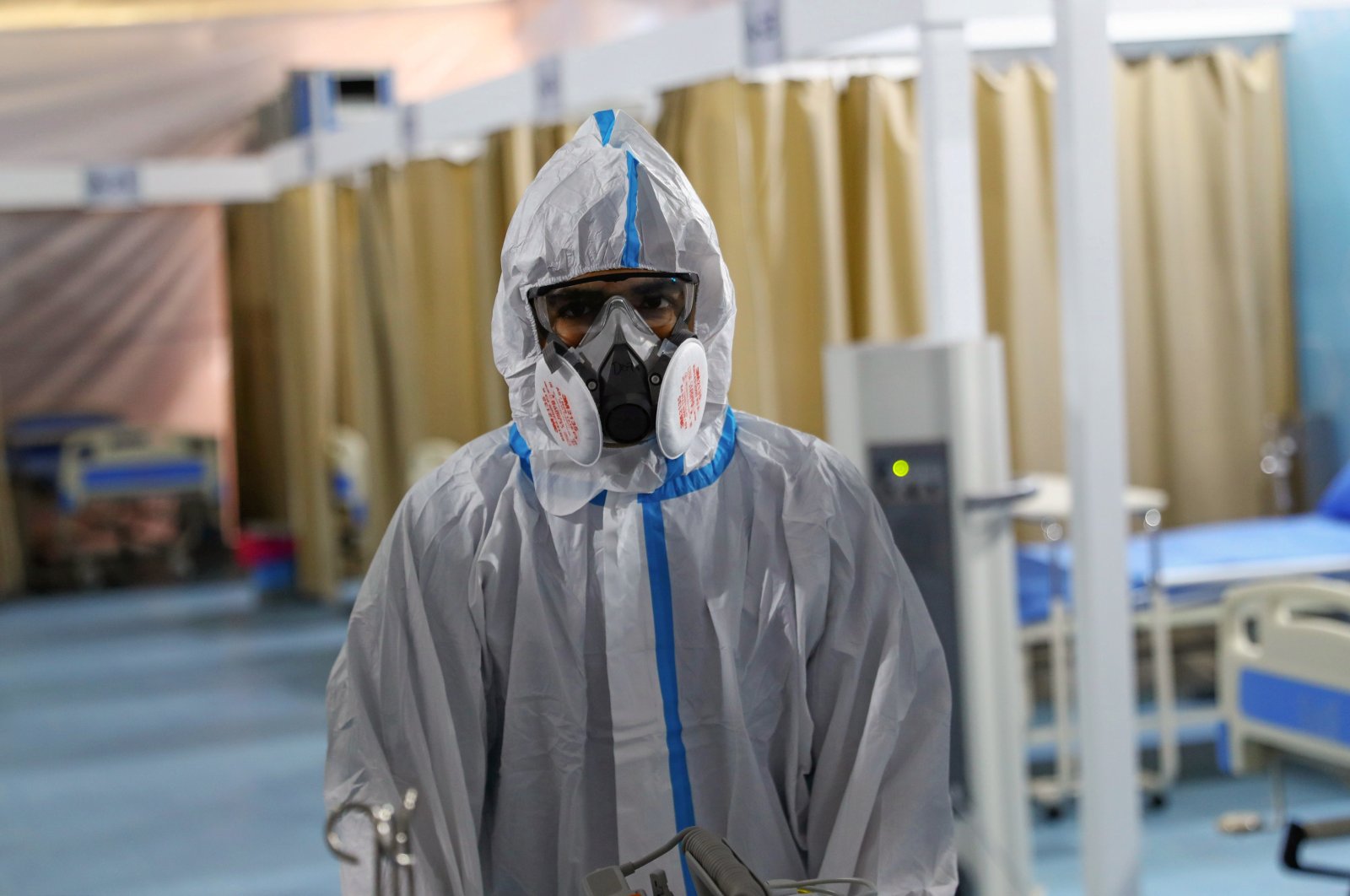 A health worker is seen at the Ain Shams field hospital prepared to receive COVID-19 patients, during the global outbreak of the coronavirus, in Cairo, Egypt, June 15, 2020. (Reuters Photo)
by ASSOCIATED PRESS Jun 18, 2020 12:14 pm
RECOMMENDED

An international rights group urged Egyptian authorities Thursday to stop a "campaign of harassment and intimidation” against health care workers who have criticized the government's response to the coronavirus pandemic.

Since the pandemic hit, health care workers in the country have been complaining of a dearth of protective equipment, testing and hospital beds for frontline doctors.

"Instead of protecting frontline health care workers by addressing their legitimate concerns over their safety and livelihoods, the Egyptian authorities are handling the COVID-19 crisis with their usual repressive tactics,” Amnesty International said in a statement.

Overall, Egypt has officially recorded more than 49,000 cases of the coronavirus, including 1,850 deaths. But last month, an Egyptian official said the country might realistically have as many as 100,000 cases.

At least 68 health care workers have died of the virus and more than 400 have tested positive, according to the country’s doctors’ association.

Amnesty said it has documented the arbitrary detention of eight Egyptian health care workers, including six doctors and two pharmacists, who shared their health-related concerns on social media between March and June.

"The campaign not only further undermines freedom of expression in the country, but also hamstrings the efforts of those tackling the heath crisis and puts their and others’ lives in danger,” said Philip Luther, Amnesty’s research and advocacy director for the Middle East and North Africa

On Tuesday, Egypt’s Doctors’ Syndicate released a statement saying it had urged Egypt’s top prosecutor to release five physicians who were arrested for having expressed their frustration with the way the Health Ministry is handling the COVID-19 outbreak.