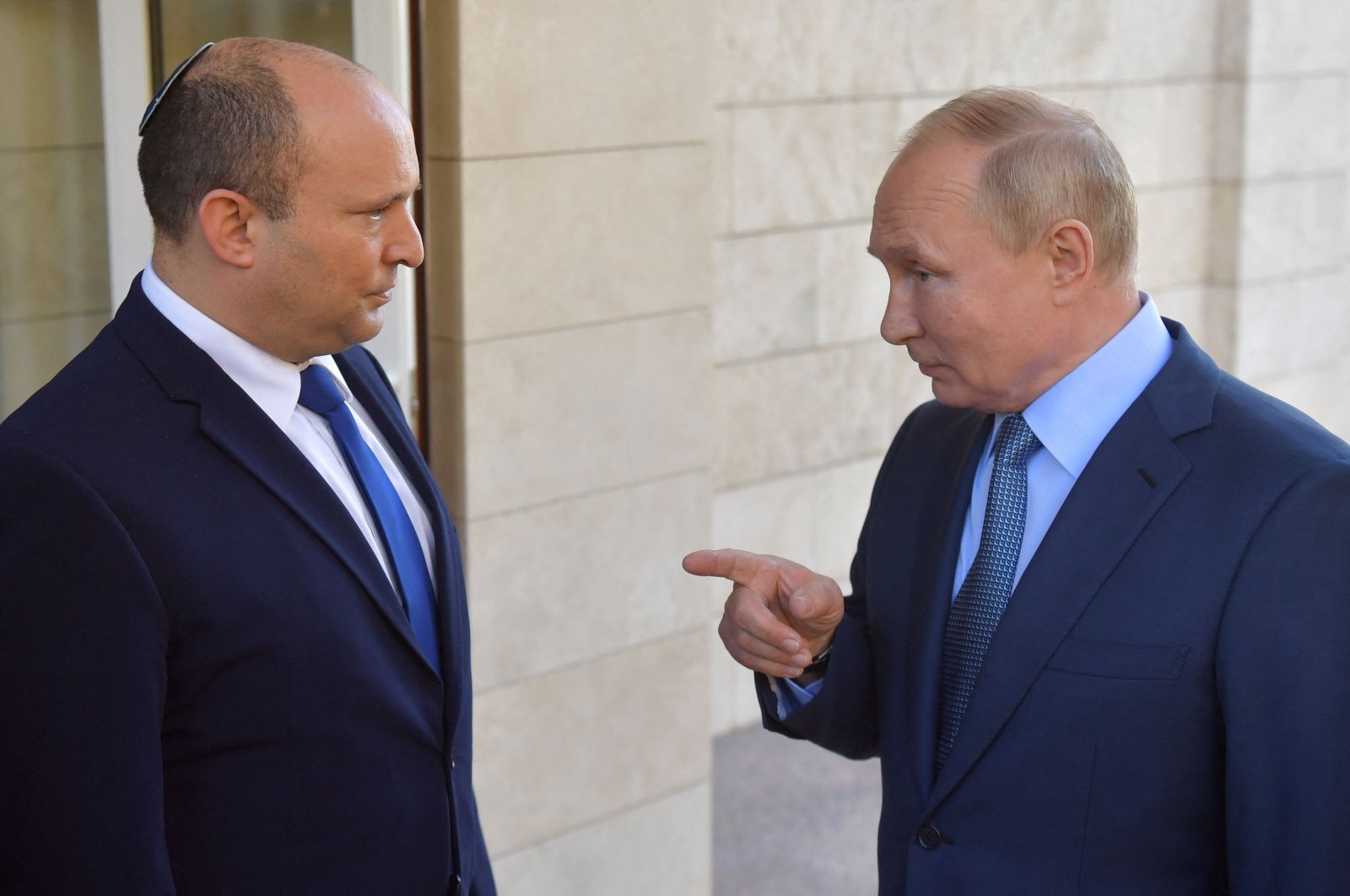 Russian President Vladimir Putin has asked Israeli Prime Minister Naftali Bennett to encourage the United States to ease some of its sanctions on Syria’s Bashar Assad regime so Russian companies can take part in the country’s reconstruction, a report said Wednesday.

The Axios news site, citing unidentified Israeli authorities, said Moscow wants to get most of the large-scale reconstruction projects in Syria in a bid to boost revenues while increasing its influence on the Syrian economy.

The report said Putin told Bennett during a meeting in Sochi last week that some Russian companies were afraid to do business in Syria because they could be targeted by U.S. sanctions.

Russians argue that the U.S. sanctions open the way for Iranian firms, which are already under sanctions, to get the major reconstruction projects, leading to an increase in Iranian influence in Syria, the report added, citing the unnamed Israeli officials.

In 2019, then-President Donald Trump signed the U.S. Caesar Act, implementing sanctions on a number of sectors in war-torn Syria, such as energy and infrastructure. The law holds back foreign companies interested in participating in the reconstruction of Syria. The Kremlin appears to be hoping that Israel's interest in weakening Iran's influence in Syria will prompt the Bennett government to push the Biden administration to ease sanctions.

In recent weeks several Arab countries took the first steps to normalize relationships with Assad's regime. The head of the regime, who is criticized for numerous atrocities against the Syrian population, namely massacres, torture and arbitrary detentions, recently spoke with the leaders of Jordan, Egypt and the United Arab Emirates (UAE).

Moscow backs Arab efforts to tighten ties with Syria, while Washington voiced opposition and concern over normalization with Assad. According to Axion, the Putin administration is pushing for a triangle meeting of the national security advisers of Russia, Israel and the United States to discuss the next steps in Syria.

Russia joined Syria’s now 10-year conflict in September 2015, when the regime military appeared close to collapse. Moscow has since helped tip the balance of power in favor of Assad, whose forces now control much of the country. Hundreds of Russian troops are deployed across Syria, and it also has a military air base along Syria’s Mediterranean coast.

Russia is the main ally of the Syrian regime, while Turkey supports groups that have fought to unseat Assad. However, Russian and Turkish troops have cooperated in Idlib, the final holdout of opposition forces, and in seeking a political solution in the war-torn country.