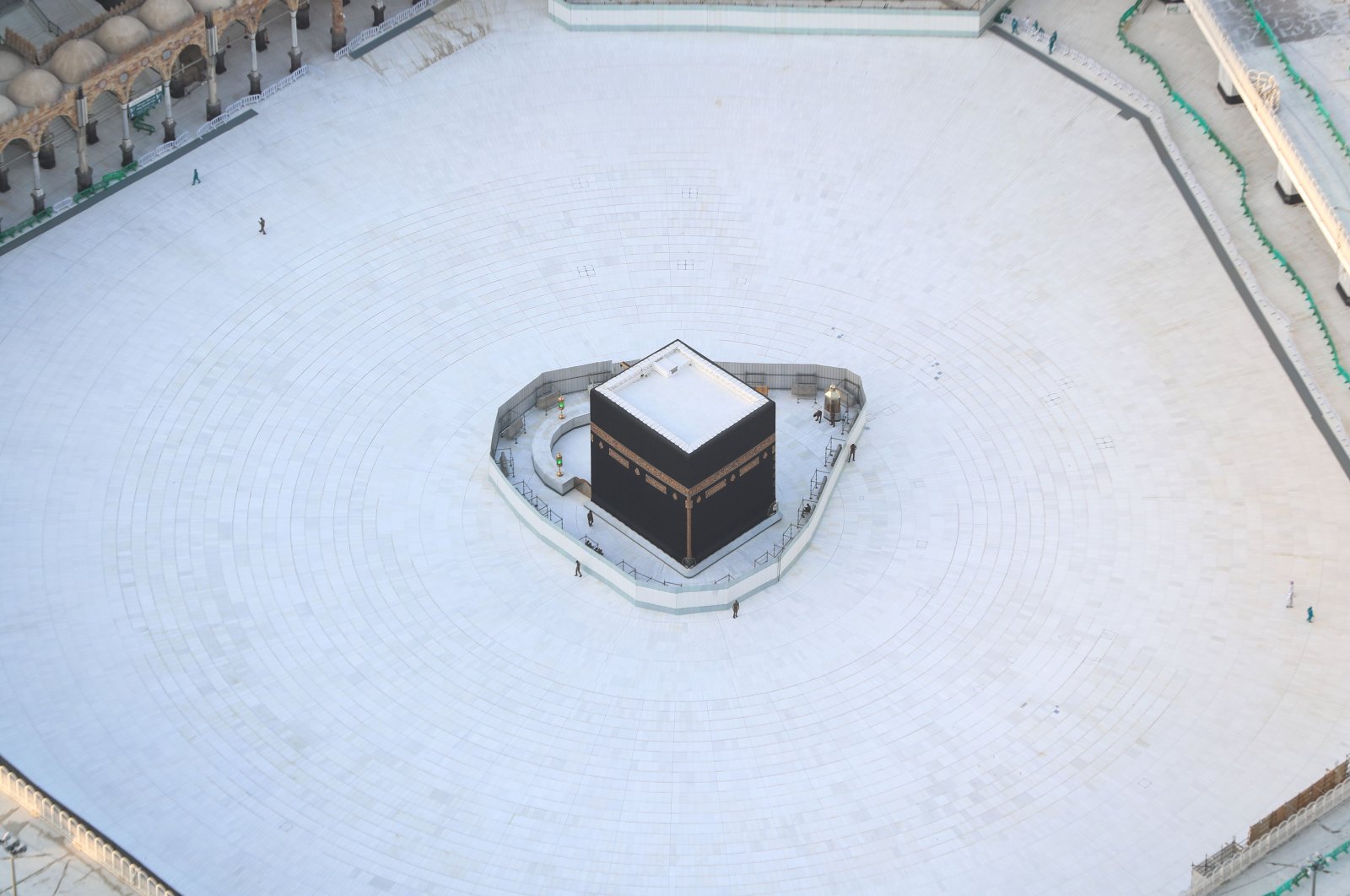 Saudi Arabia Saturday reopened the area around the sacred Kaaba in Mecca's Grand Mosque, Islam's holiest site, reversing one of a series of measures introduced to combat the coronavirus outbreak.

Saudi authorities this week suspended the year-round Umrah pilgrimage, during which worshippers circle the Kaaba seven times, and also announced the temporary closure of the area around the cube structure. But King Salman has "allowed for the opening of the Mataf [in which people circumambulate the Kaaba] for non-Umrah performers" starting on Saturday at dawn, the official Saudi Press Agency (SPA) reported.

Hundreds of Muslims were seen rotating around the Kaaba, but the area between two hills that pilgrims must go between seven times to complete Umrah remained closed.

Barricades blocked access to the Kaaba, draped in a gold-embroidered black cloth, while men in green uniforms cleaned the white-tiled floor. Authorities had emptied the Grand Mosque for sterilization on Thursday. The unprecedented suspension of the Umrah has raised uncertainty over the annual Hajj pilgrimage, scheduled for the end of July.

Authorities have said prayers will be allowed at the Prophet's Mosque in Medina and in Mecca's Grand Mosque while the Umrah is suspended, apart from during nighttime cleaning and sterilization. The suspension has left thousands of Muslim pilgrims in limbo. Around two-thirds of the 18.3 million Umrah participants in 2018 were citizens and residents of the kingdom, according to government statistics.

On Saturday, SPA said entry into Saudi Arabia from the United Arab Emirates, Kuwait and Bahrain would be "temporarily" restricted to three airports in Riyadh, Jeddah and Dammam. Only commercial trucks would be allowed to cross by land, it added.

The newly established ministry of sports said it would "suspend public attendance" at all sports events starting Saturday, reflecting calls across the Gulf to cancel mass gatherings.

Some 2.5 million faithful traveled to Saudi Arabia from across the world in 2019 to take part in the Hajj, which all Muslims must perform at least once in their lives if able. The event is a massive logistical challenge for Saudi authorities, with colossal crowds cramming into relatively small holy sites, making attendees vulnerable to contagion.

Already reeling from slumping oil prices, the Saudi kingdom risks losing billions of dollars annually from religious tourism as it tightens access to the sites. With the number of coronavirus cases in the Gulf region now more than 200, neighboring Kuwait also announced additional precautionary measures. It said it would suspend all flights to and from Bangladesh, the Philippines, India, Sri Lanka, Syria, Lebanon and Egypt for a week.