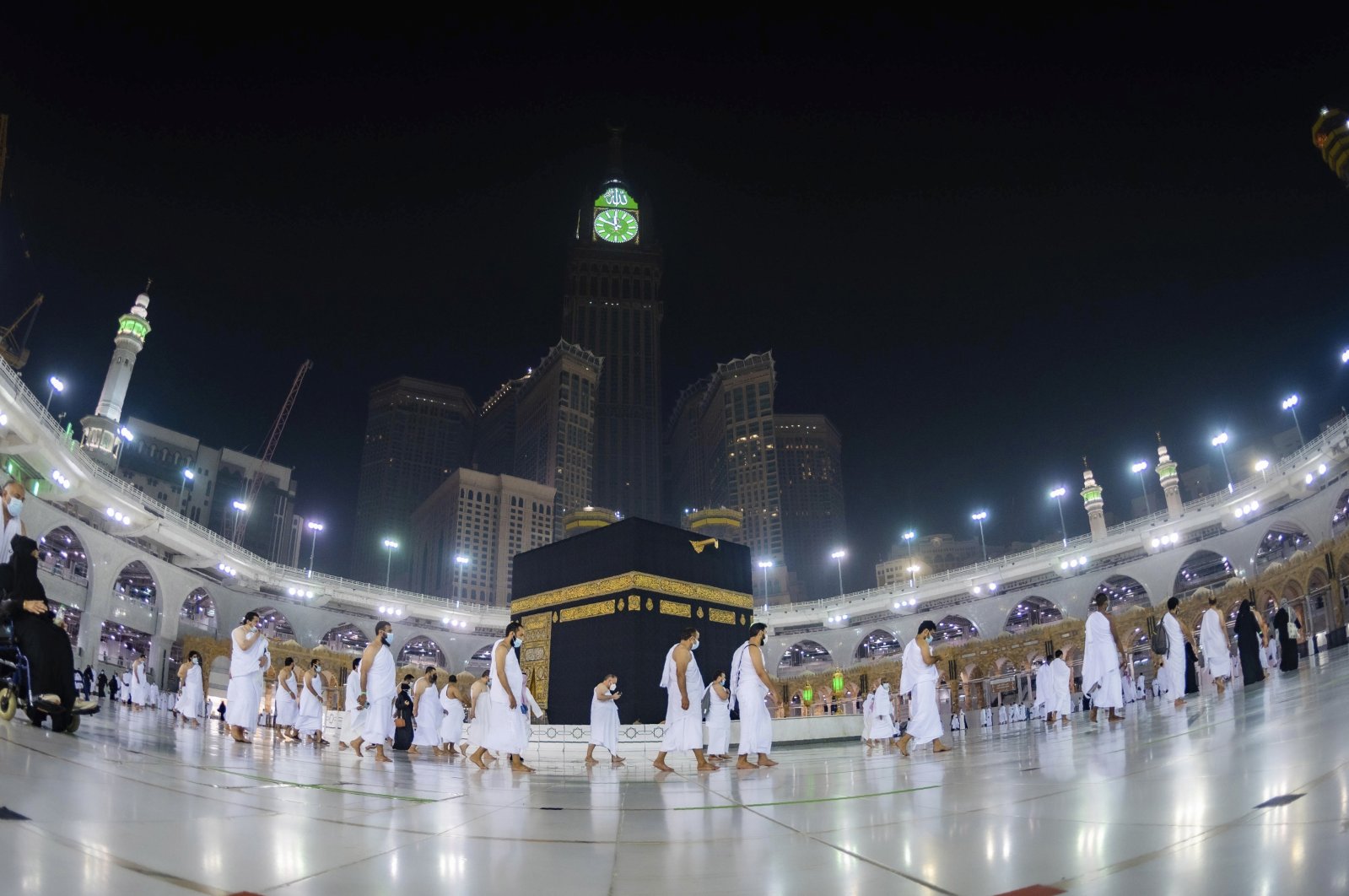 Muslims practice social distancing while praying around the Kaaba in the Muslim holy city of Mecca, Saudi Arabia, Sunday, Oct. 4, 2020. (Saudi Ministry of Hajj and Umrah via AP)
by German Press Agency - DPA May 09, 2021 6:24 pm

Saudi Arabia will have strict health measures in place for this year's hajj pilgrimage due to the COVID-19 pandemic.

However, due to the coronavirus pandemic, the kingdom last year only allowed a limited number of Saudis and foreign Muslims already residing in Saudi Arabia to perform the hajj.

The Saudi Ministry of Hajj announced the monarchy's intention to hold the pilgrimage under strict health, security and organizational measures to protect pilgrims and ensure rituals took place in a "safe environment," the country's state news agency SPA reported.

The exact rules for this year's hajj will be announced later, the ministry said.

"Health agencies in the kingdom continue to evaluate and take all necessary measures," it said.

In December, Saudi Arabia started mass vaccinations against COVID-19. More than 10 million doses have since been administered in the oil-wealthy country.

One of the five pillars of Islam, the hajj is a mandatory duty for all Muslims to complete once in a lifetime, if they have the financial and physical means to do so.

During the hajj, pilgrims perform the same rituals in a demonstration of religious unity, equality and pursuit of spiritual renewal.