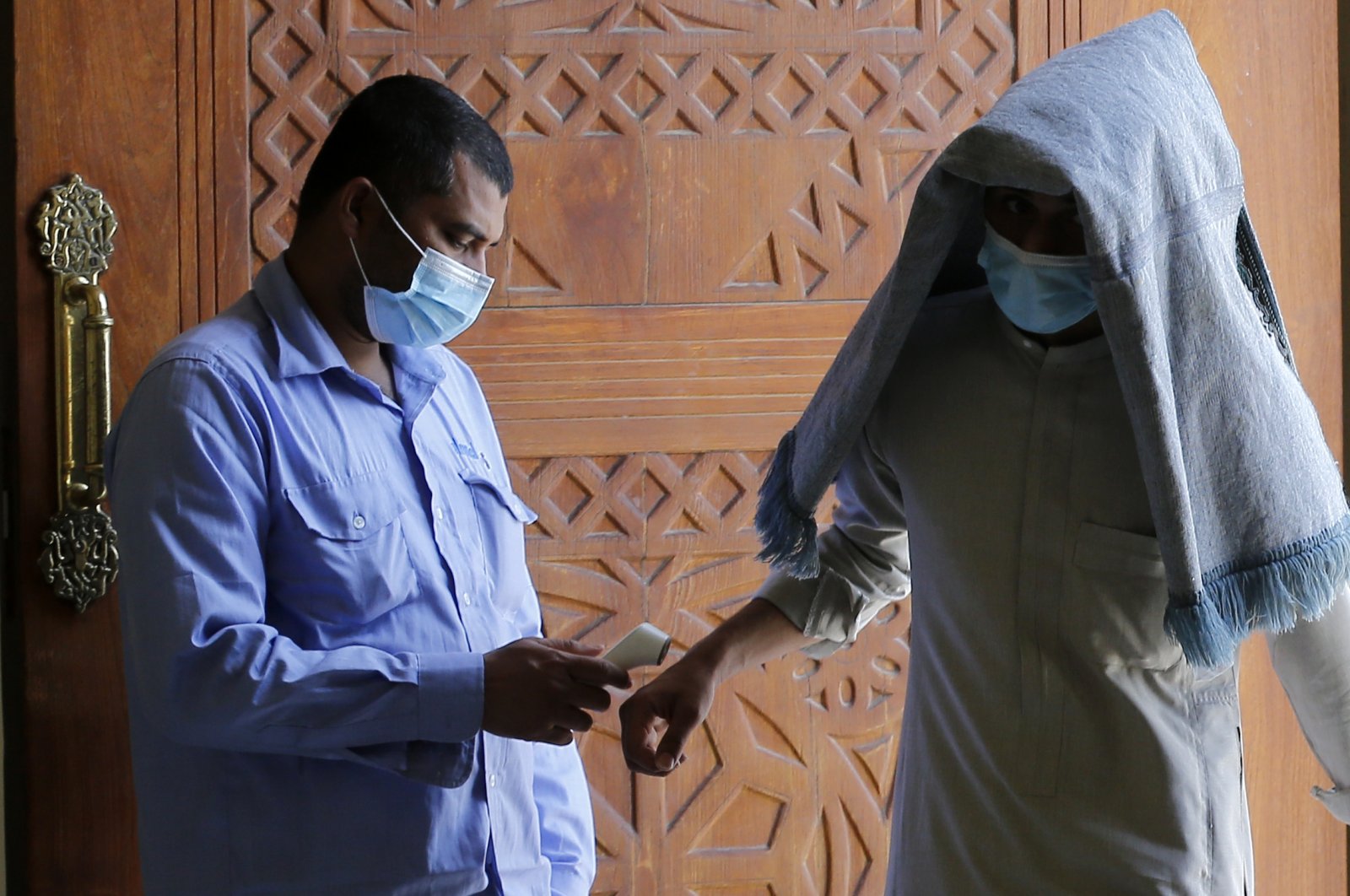 A Muslim worshipper covered by his prayer carpet and wearing a mask to curb the spread of the coronavirus has his temperature measured as he enters al-Jaffali mosque ahead of Friday prayer during the Muslim fasting month of Ramadan, in Jiddah, Saudi Arabia, April 30, 2021. (AP Photo)
by REUTERS May 02, 2021 7:12 pm

Saudi Arabia's interior ministry announced Saturday that the kingdom will open land, sea and air borders on May 17 and allow its citizens to travel abroad.

Saudi citizens who have received two vaccination shots, or one shot at least two weeks prior to travel, those who have recovered from coronavirus within the last six months and those who are under 18 years old will be allowed to travel, the ministry said.

"The decision to lift the suspension on citizens traveling outside Saudi Arabia will go into effect at 1:00 am on May 17," the ministry said, adding that the kingdom will re-open its land, sea and air borders.

The policy represents an incentive for citizens, barred from traveling abroad since the pandemic began, to get vaccinated.

The kingdom's health ministry said it has administered more than nine million coronavirus vaccine doses, in a country with a population of over 34 million.

Saudi citizens have largely been barred from travel since March 2020, when the kingdom first banned all travel in and out of the country as COVID-19 began spreading worldwide.

Its borders reopened in July 2020 but citizens were still not allowed to travel. In January, authorities postponed the end of the travel ban for the public and the full reopening of entry points to May 17.

In February, it suspended entry for noncitizens from 20 states with the exception of diplomats and medical practitioners.