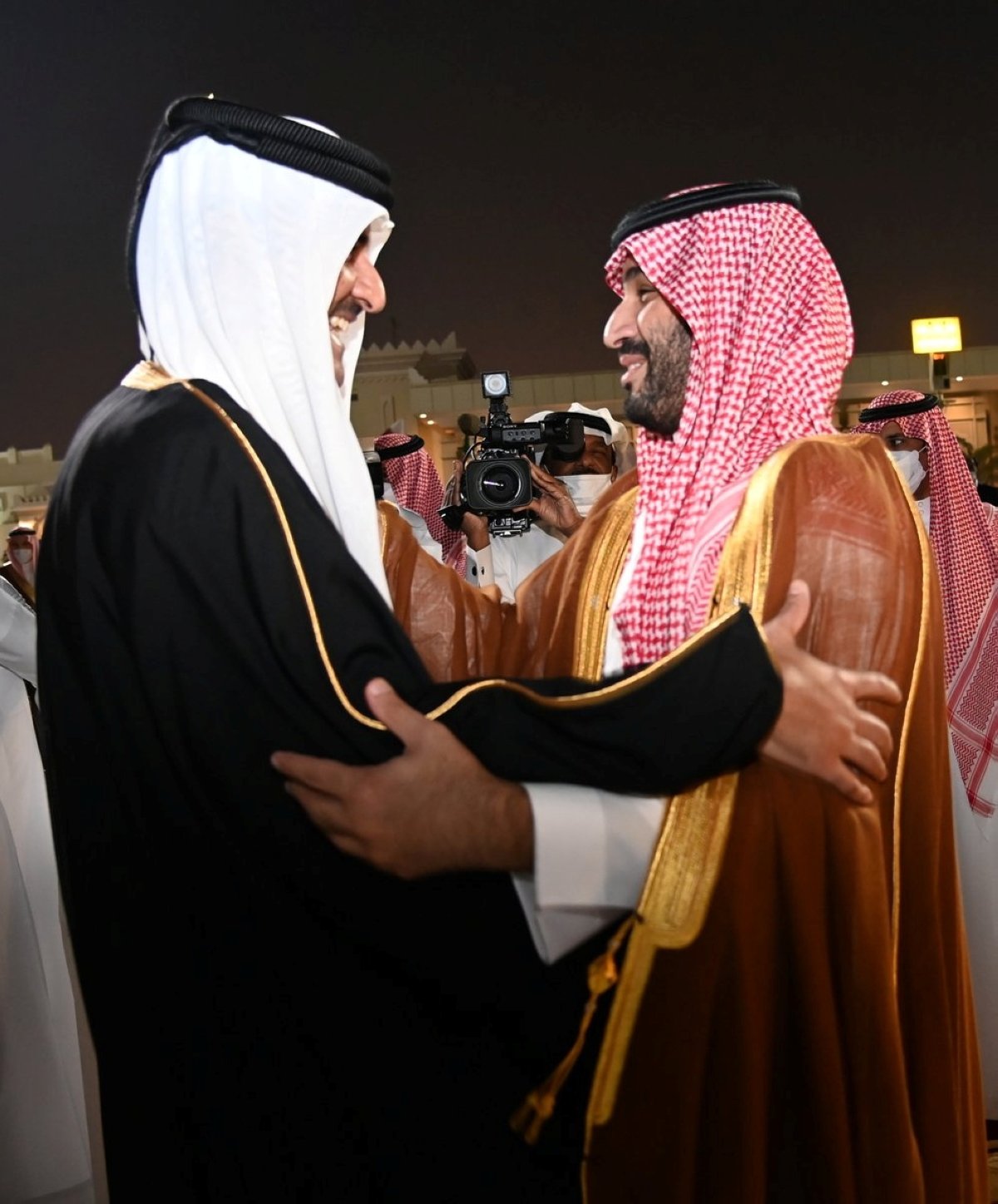 Saudi Crown Prince Mohammed bin Salman (MBS) paid his first visit to Qatar since Doha and Riyadh cut ties in 2017 on Wednesday as part of a tour of the Gulf marking a relative ease in regional tensions.

Saudi Arabia, the United Arab Emirates and Bahrain cut all links with Qatar in June 2017, alleging it backed "extremist" groups and was too close to Riyadh's rival Tehran – allegations Doha denied.

But relations were fully restored in January after a landmark summit in the Saudi desert city of Al-Ula.

The crown prince was greeted by the emir of Qatar Tamim bin Hamad Al Thani, with whom he will hold talks, said the official Saudi Press Agency.

His tour comes while a flurry of diplomacy occurs to resolve regional disputes, especially with Iran and Turkey.

Turkish President Recep Tayyip Erdoğan was in Qatar this week for two days of talks.

Ankara and Doha had become economic and political partners in recent times, with Erdoğan's government notably backing Doha during the Saudi-led boycott of Qatar.

Turkey – which is reeling from severe fluctuations in its currency, the lira, and is searching for foreign investment and trade – has sought to rebuild relations with former rivals in the Gulf, including the UAE and Saudi Arabia.

There have also been signs this year of a thaw between Saudi Arabia and Iran, which have held several rounds of talks since April aimed at improving ties.

Simmering tensions between Ankara and Riyadh escalated after the 2018 killing of Saudi journalist Jamal Khashoggi in the kingdom's Istanbul consulate.

The arrest of a man in Paris on Tuesday suspected of being involved in Khashoggi's murder had threatened to overshadow MBS's Gulf tour.

The crown prince's global image was tainted by the killing of Khashoggi, a critic of Saudi authorities, inside the kingdom's Istanbul consulate.

But France on Wednesday released the Saudi man bearing a passport in the name of Khalid al-Otaibi after realizing he was not the same individual wanted on an arrest warrant issued by Turkey.

The crown prince arrived in Doha after a visit to the UAE, where he met with Abu Dhabi’s crown prince, Sheikh Mohammed bin Zayed Al Nahyan and attended the site of Expo 2020.

Security was tight at the Expo, where the lavish Saudi pavilion was closed to visitors and a small crowd of onlookers, including women in black robes, gathered outside.

Saudi songs, including one with the lyrics "Welcome Mohammed," were playing on the loudspeaker at Al Wasl Plaza, the site's central venue.

The two countries released a joint statement on Wednesday, saying they were committed to "enhancing the unity and stability of the Gulf Cooperation Council," which includes Saudi Arabia, the UAE, Bahrain, Kuwait, Oman and Qatar.

The Saudi prince had arrived in the UAE from Oman, where the two sides signed agreements potentially totaling $30 billion, and will also visit Bahrain on Thursday and then head to Kuwait.

MBS has sought to position himself as a champion of modernization and reform, even as his international reputation took a hit from Khashoggi's murder.

The crown prince has said he accepts Saudi Arabia's overall responsibility but denies a personal link, with the kingdom saying it was the work of agents who had gone "rogue."