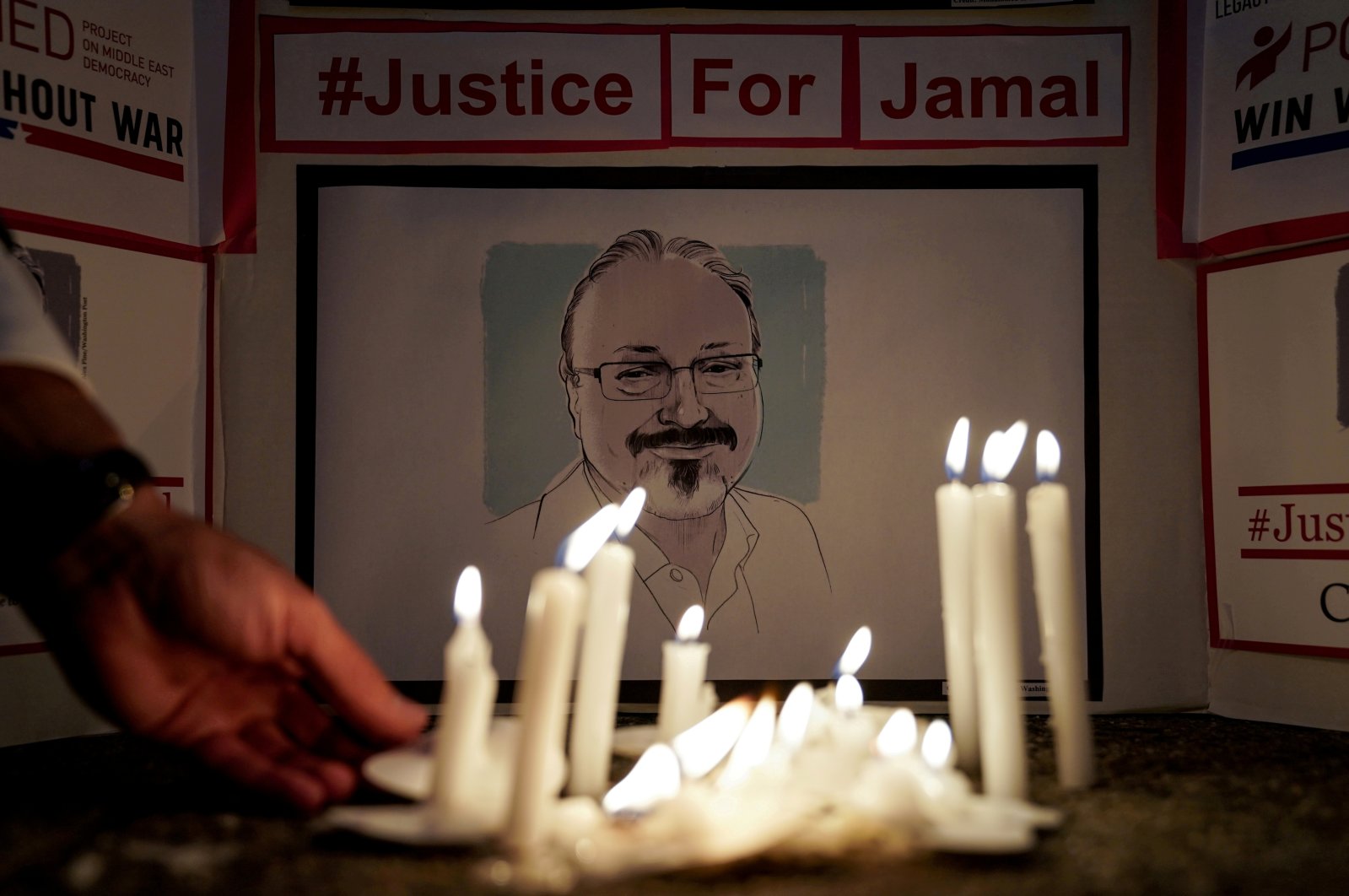 The Committee to Protect Journalists and other press freedom activists hold a candlelight vigil in front of the Saudi Embassy to mark the anniversary of the killing of journalist Jamal Khashoggi, Washington, U.S., Oct. 2, 2019. (Reuters Photo)
by French Press Agency - AFP Dec 09, 2021 11:47 pm
RECOMMENDED

The Washington city council voted in favor of the move to rename a street facing the Saudia Arabia embassy "Jamal Khashoggi Way," to honor the Saudi journalist who was murdered by government agents.

The council voted unanimously on Tuesday to symbolically name the 700-foot (213-meter) stretch of New Hampshire Avenue that runs between the embassy and the Watergate complex for Khashoggi, a dissident journalist working for The Washington Post at the time of his murder in Turkey.

"Through his journalism, Jamal Khashoggi was a fierce advocate for democracy, human rights, and the rule of law," said a council report on the bill.

"By designating the street fronting the Royal Embassy of Saudi Arabia after Jamal Khashoggi, the District is creating a memorial in his honor that cannot be covered up or repressed," it said.

Khashoggi, a vocal critic of the Saudi monarchy, was murdered and dismembered in the Saudi consulate in Istanbul on Oct. 2, 2018, after traveling there from the United States to file paperwork to marry his Turkish fiancee.

The killers were a team of men closely connected to the palace of Crown Prince Mohammed bin Salman (MBS), who is accused by Western intelligence of authorizing the murder.

The Saudi embassy did not respond to the request for comment on the move.

The bill from the council is expected to be signed by Washington Mayor Muriel Bowser and not meet objection in the U.S. Congress, which reviews all legislation from the U.S. capital city government.

In 2018, Washington named a street outside the Russian embassy in honor of prominent Vladimir Putin critic Boris Nemtsov, who was assassinated in Moscow three years earlier.