Saudi-led coalition behind mysterious air base on Yemeni island 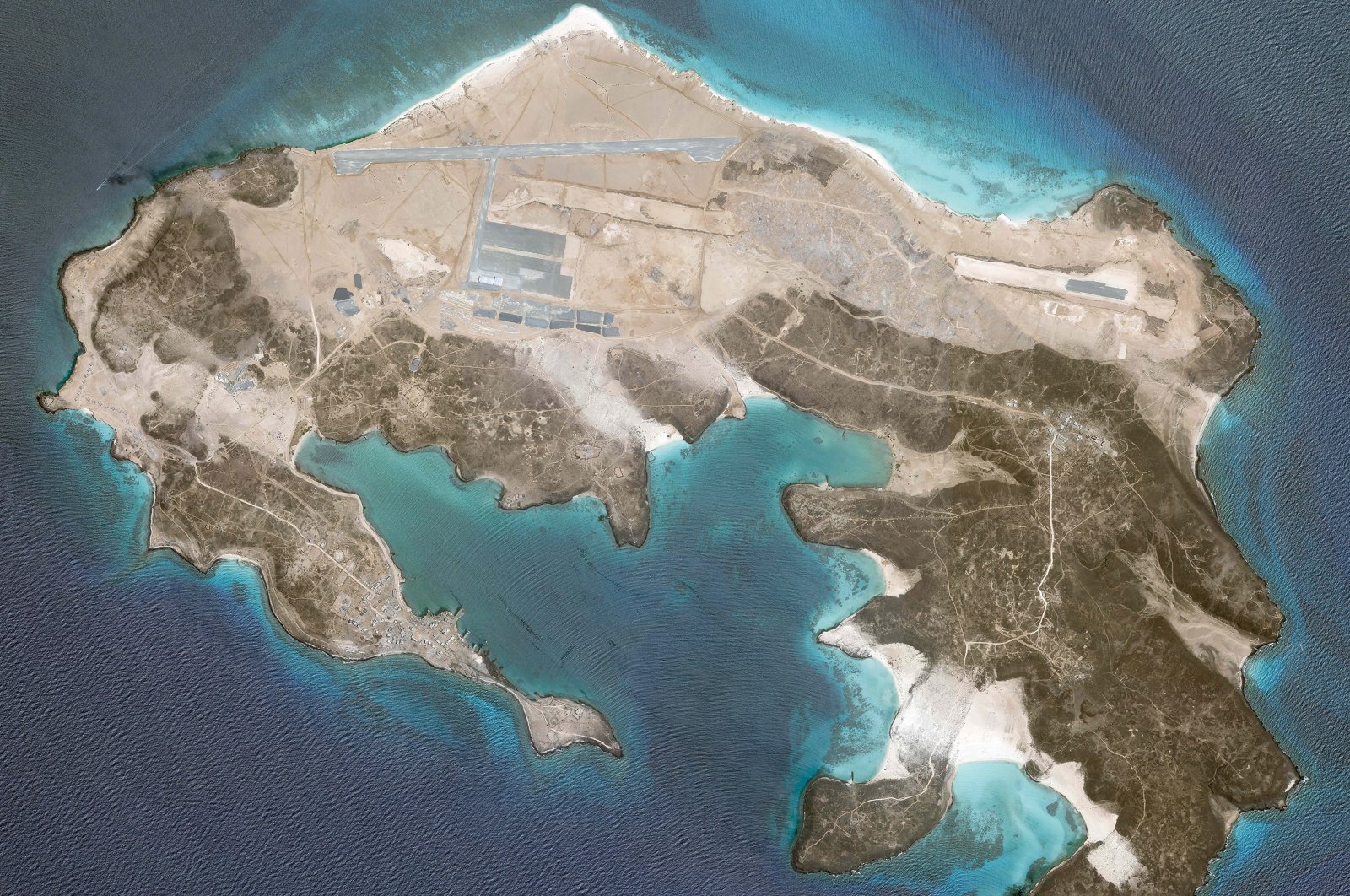 A satellite image released by Planet Labs Inc. shows a mysterious air base being built on Yemen's volcanic Mayun Island, Tuesday, May 25, 2021 (AP Photo)
by REUTERS May 27, 2021 3:20 pm
RECOMMENDED

The Saudi-led military coalition engaged in Yemen said Wednesday it had established a presence on a strategic island at the entrance to the Red Sea to counter perceived threats to maritime trade from the Iran-aligned Houthi movement, following a report on the mysterious base, claimed by no nation.

The statement was issued in response to The Associated Press (AP) report citing Yemeni officials saying the United Arab Emirates (UAE) was behind an air base that has emerged on Perim Island, also known as Mayun, in the vital Bab al-Mandab strait.

The AP said it obtained satellite images showing a 1.85 km runway on Perim along with three hangars. "All equipment currently present on Mayun Island is under the control of the Coalition Command, and is situated there to ... counter the Houthi militia, secure maritime navigation and support West Coast forces," said a statement on Saudi state news agency SPA, citing an unnamed official in the coalition.

The official dismissed as "baseless" reports that Emirati forces were present on Perim and Socotra islands, saying current UAE efforts were focused on providing air support for coalition operations in the mainland city of Marib, which Houthi forces are trying to seize. UAE authorities have not commented on the AP report.

The Gulf state withdrew most of its forces from Yemen in 2019 but maintains influence via southern fighters it armed and trained. Perim, a lump of volcanic rock providing a foothold astride major trade routes, was captured by the coalition in 2015 after it intervened in Yemen against the Houthis, who ousted the internationally recognized government from the capital Sanaa.

The Bab al-Mandab strait, where the Red Sea meets the Gulf of Aden in the Arabian Sea, is only 20 km (12 miles) wide, making hundreds of ships potentially an easy target.

The Yemen conflict is seen in the region as a proxy war between rivals Saudi Arabia and Iran. The Saudi-led coalition accuses Iran of supplying the Houthis with their arsenal of drones and missiles, an allegation denied by both. The war has been in a military stalemate for years with the Houthis holding most big urban areas.