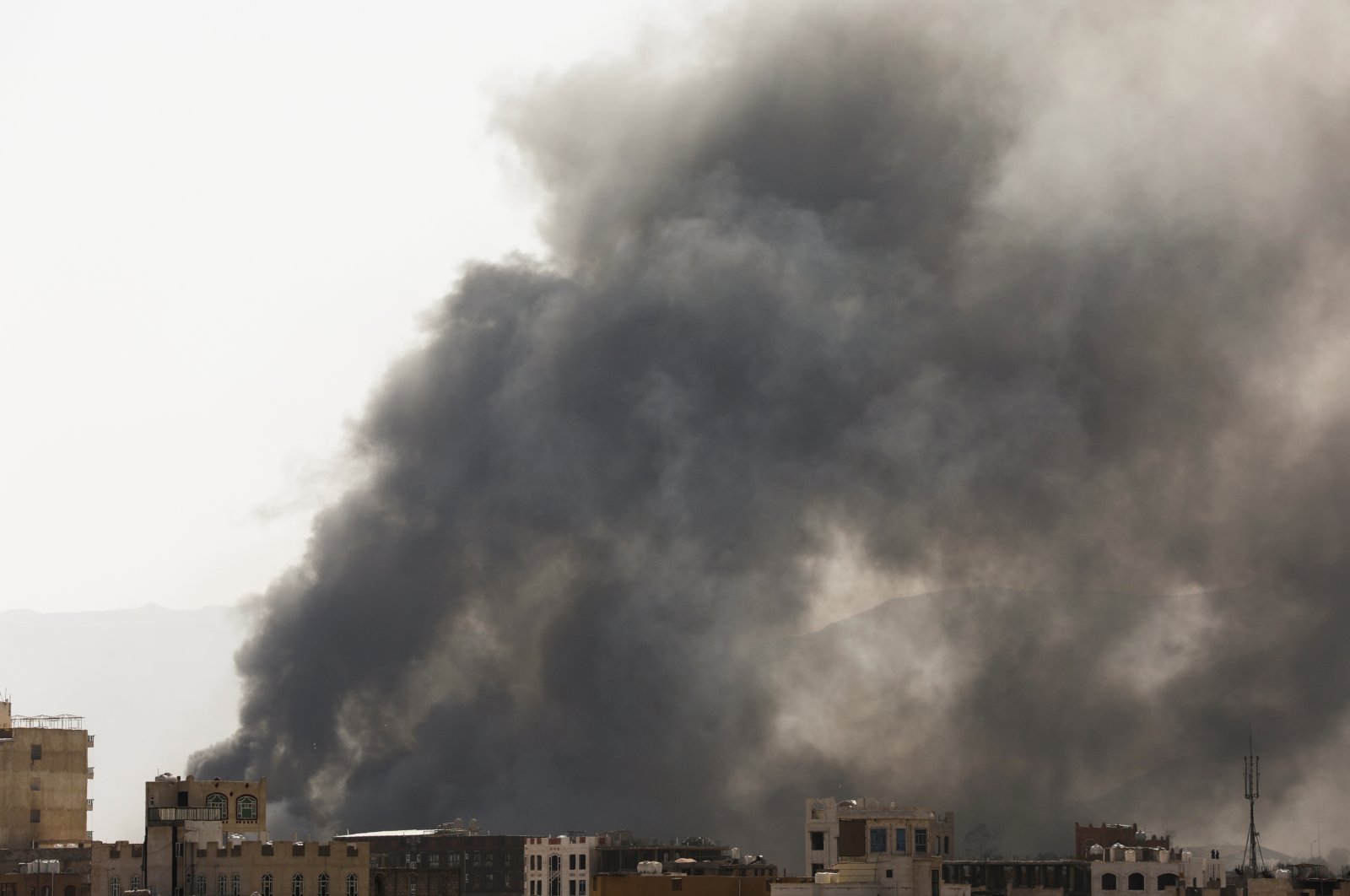 The Saudi-led military coalition battling the Iran-aligned Houthi movement in Yemen said on Sunday it conducted air strikes on Houthi military targets in Sanaa and other regions after the group launched armed drones toward Saudi Arabia.

The U.S. Consulate in the Saudi Red Sea city of Jeddah issued an advisory, citing reports of suspected attacks and explosions on Sunday near Jeddah and the southern town of Khamis Mushait. In the Houthi-held Yemeni capital Sanaa, a Reuters witness reported several air strikes.

Plumes of black smoke were visible in the vicinity of a military compound near Sanaa University.

The Houthis, who have been battling the coalition since it intervened in Yemen's civil war in March 2015, recently stepped up cross-border missile and drone attacks on Saudi Arabia. Fighting has also intensified on the ground in Yemen in Marib and Taiz regions.

The escalation comes as the United States and the United Nations increase diplomatic efforts for a cease-fire to pave the way for a resumption of U.N.-sponsored political talks to end the conflict, which is largely seen in the region as a proxy war between Saudi Arabia and Iran.

Saudi state media on Sunday cited the coalition as saying the Houthis were emboldened after the new U.S. administration revoked Washington's designation of the Houthis as a terrorist organization in February.

Last week, the Treasury Department imposed sanctions on two Houthi military leaders after the movement ramped up attacks on Saudi cities and its offensive in Marib.

The Houthis, who ousted the internationally recognized government from power in Sanaa in late 2014, deny being puppets of Tehran and say they are fighting a corrupt system and foreign aggression.

The war, in a military stalemate for years, has killed tens of thousands of people and has pushed Yemen to the brink of famine. Medical charity Medecins Sans Frontieres said on Friday that Al-Thawra hospital in Taiz treated 28 people wounded in intense clashes since Wednesday and that the hospital itself was hit by gunfire, injuring three people, including a 12-year-old boy.

In Marib, hundreds of fighters from both sides have been killed.