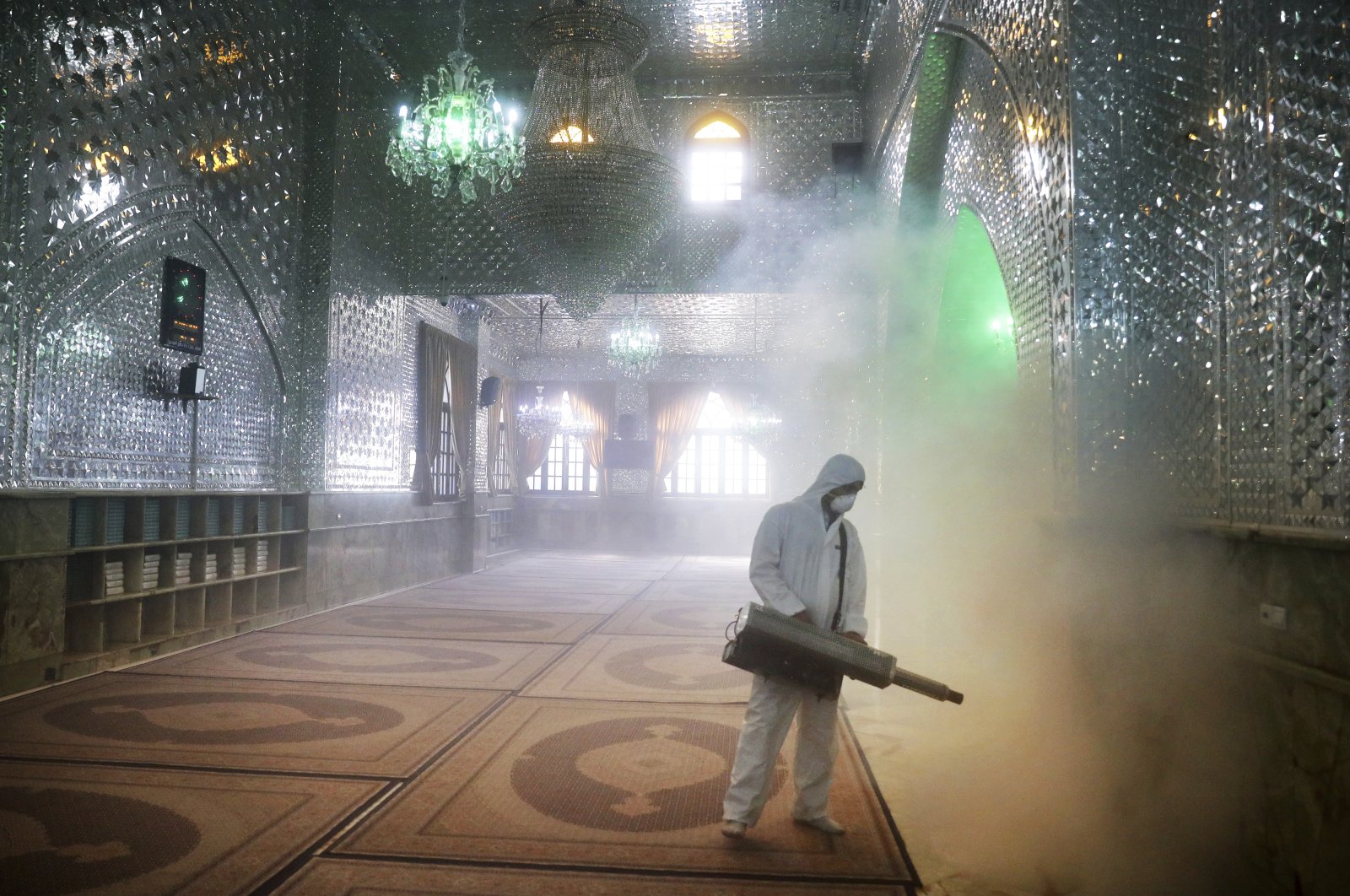 A firefighter disinfects the shrine of Saint Saleh to help prevent the spread of the new coronavirus in northern Tehran, Iran, Friday, March, 6, 2020. (AP Photo)
by Compiled from Wire Services Mar 07, 2020 12:58 pm

An Iranian lawmaker has died from coronavirus, the semi-official Tasnim news agency reported Saturday, in another sign the disease is spreading within state institutions.

Iran is one of the countries outside China most affected by the epidemic. As of Friday, the country had reported 4,747 infections.

The lawmaker who died on Friday was Fatemeh Rahbar, Tasnim announced. The 55-year-old Tehran-born conservative had recently been elected to parliament to represent the capital Tehran.

It did not say if she was included in the country's official toll of 124 deaths from the virus, given on Friday. Rahbar is the second lawmaker and one of seven politicians to have died in the outbreak since the country reported its first cases in mid-February.

On March 2, Tasnim reported the death of Mohammad Mirmohammadi, a member of the Expediency Council, intended to resolve disputes between parliament and the Guardian Council, a governmental body that vets electoral candidates among other duties.

Iran's deputy health minister, Iraj Harirchi, and another member of parliament, Mahmoud Sadeghi, have also said they have contracted the virus.

Iran has closed schools and universities, suspended major cultural and sporting events and reduced working hours across the country to slow the contagion, which has spread to all of its 31 provinces.