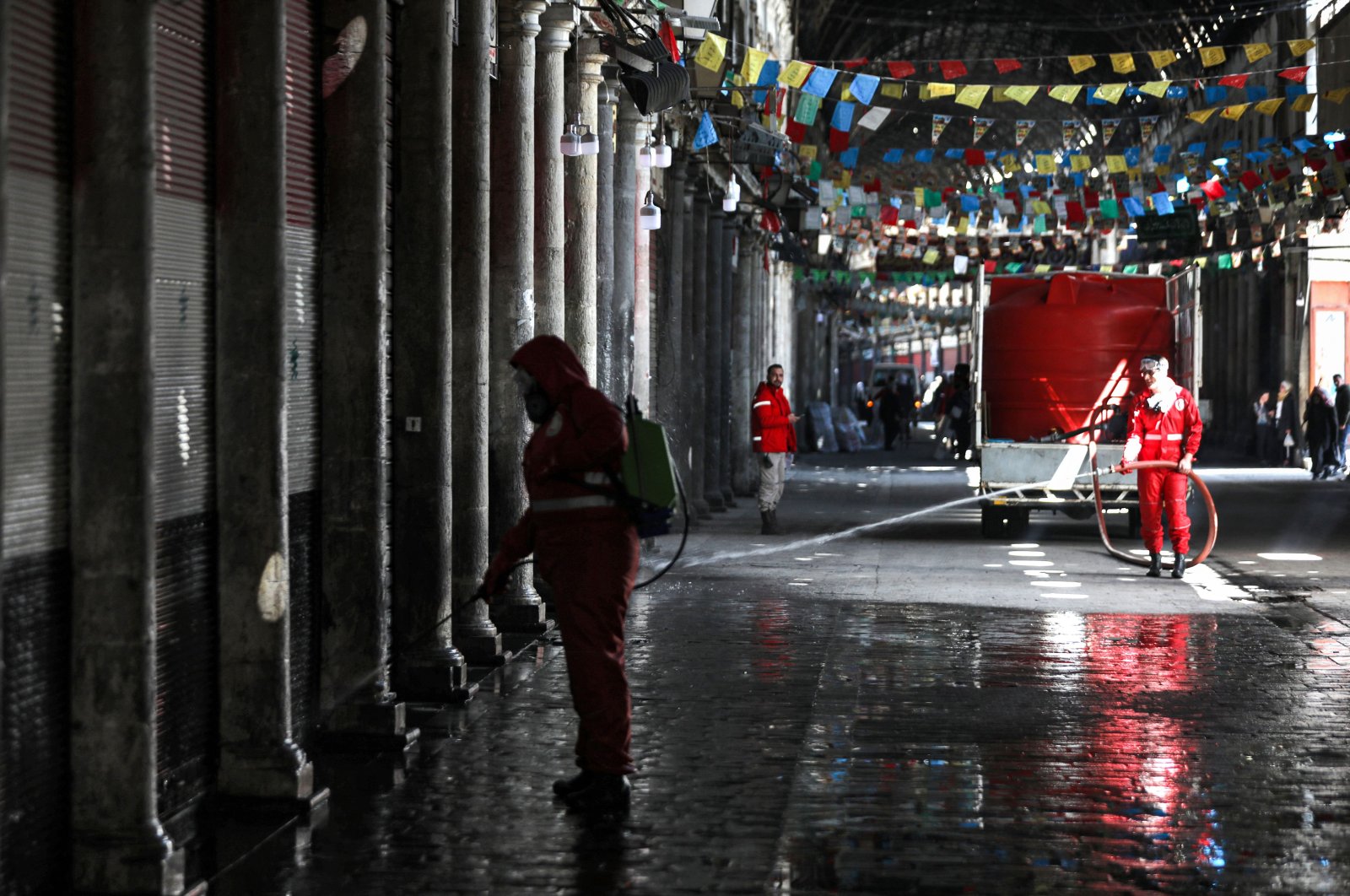 A Syrian Red Crescent member sprays disinfectant along an alley of the historic Hamidiyah souk (market) in the old city of Syria's capital Damascus on March 22, 2020, as part of efforts against the coronavirus pandemic. (AFP Photo)
by Compiled from Wire Services Mar 22, 2020 10:18 pm

The Syrian regime's health minister says the country has reported its first case of coronavirus in a person who came from abroad.
State news agency SANA quoted the minister, Nizar Yazigi, as saying Sunday that all measures have been taken to deal with the case. The minister did not say which country the infected person came from.

There had been unconfirmed reports in recent weeks of coronavirus cases in Syria, whose health system, housing and infrastructure have been ravaged by nine years of civil war, but the Bashar Assad regime authorities had denied them.

However, the regime had decided to close all educational institutions and suspend public transport inside its provinces as precautionary measures.