Too early to accept Iran proposal on renewing nuclear deal, US says 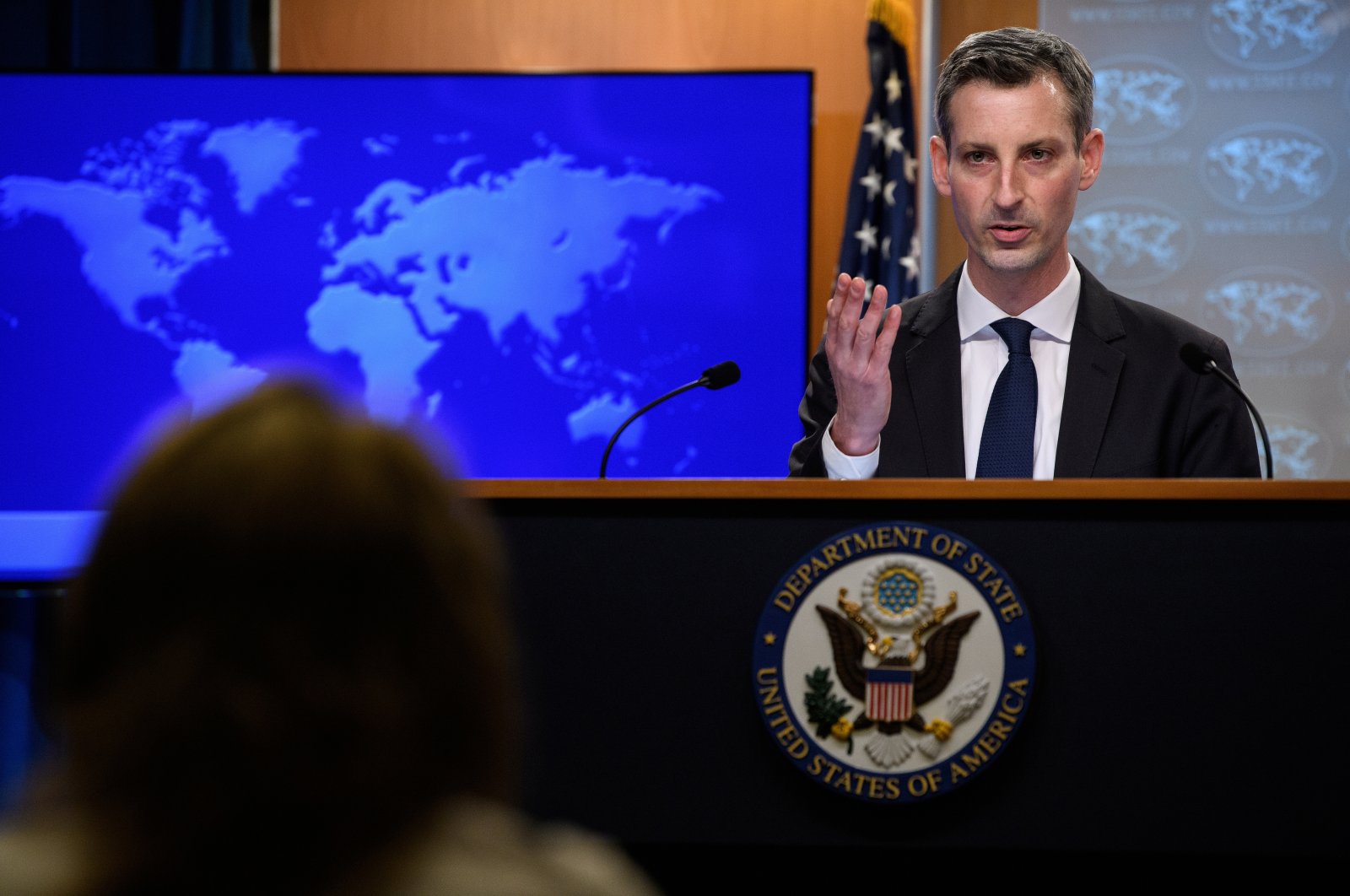 The United States said Tuesday it was too early to accept an Iranian proposal for the European Union to help revive a nuclear deal, reiterating calls on Tehran to come into full compliance.

President Joe Biden supports a U.S. return to the 2015 deal, known as the Joint Comprehensive Plan of Action, but has not changed his position that Iran must take action first.

"If Iran comes back into full compliance with its obligations under the JCPOA, the United States would do the same," the State Department's new spokesperson, Ned Price, told reporters.

Iran has insisted that the U.S. first lift sanctions imposed by former President Donald Trump before Tehran pulls back nuclear steps it took to protest his pressure campaign.

Offering a way out of the diplomatic stalemate, Iranian Foreign Minister Mohammad Javad Zarif in an interview broadcast Monday proposed that the European Union coordinate to "synchronize" actions by the U.S. and Iran.

"The United States needs to come back into compliance and Iran will be ready immediately to respond. The timing is not the issue," Zarif told CNN International.

Meanwhile, his U.S. counterpart Anthony Blinken said recently that the "U.S will return to nuclear accord after Iran complies."

In Brussels, a spokesperson for EU foreign policy chief Josep Borrell said he was "working extremely hard to get the JCPOA back on the rails."

"We're talking to the American administration to see if those sanctions could be lifted, to see if we can have full implementation of the JCPOA," said the spokesperson, Peter Stano.

Biden believes that Trump made a serious error by leaving the accord negotiated by former President Barack Obama, as Iran had been in compliance and has only grown more hostile toward the U.S. since the previous administration exerted its "maximum pressure" campaign.

The Biden administration said it broadly shares worries about Iran, and said Tuesday it was "concerned" about the clerical regime's latest launch of a satellite-carrying rocket.

Iran, which denies it seeks a nuclear weapon, says its space program is aimed at boosting business and does not violate any international agreements.