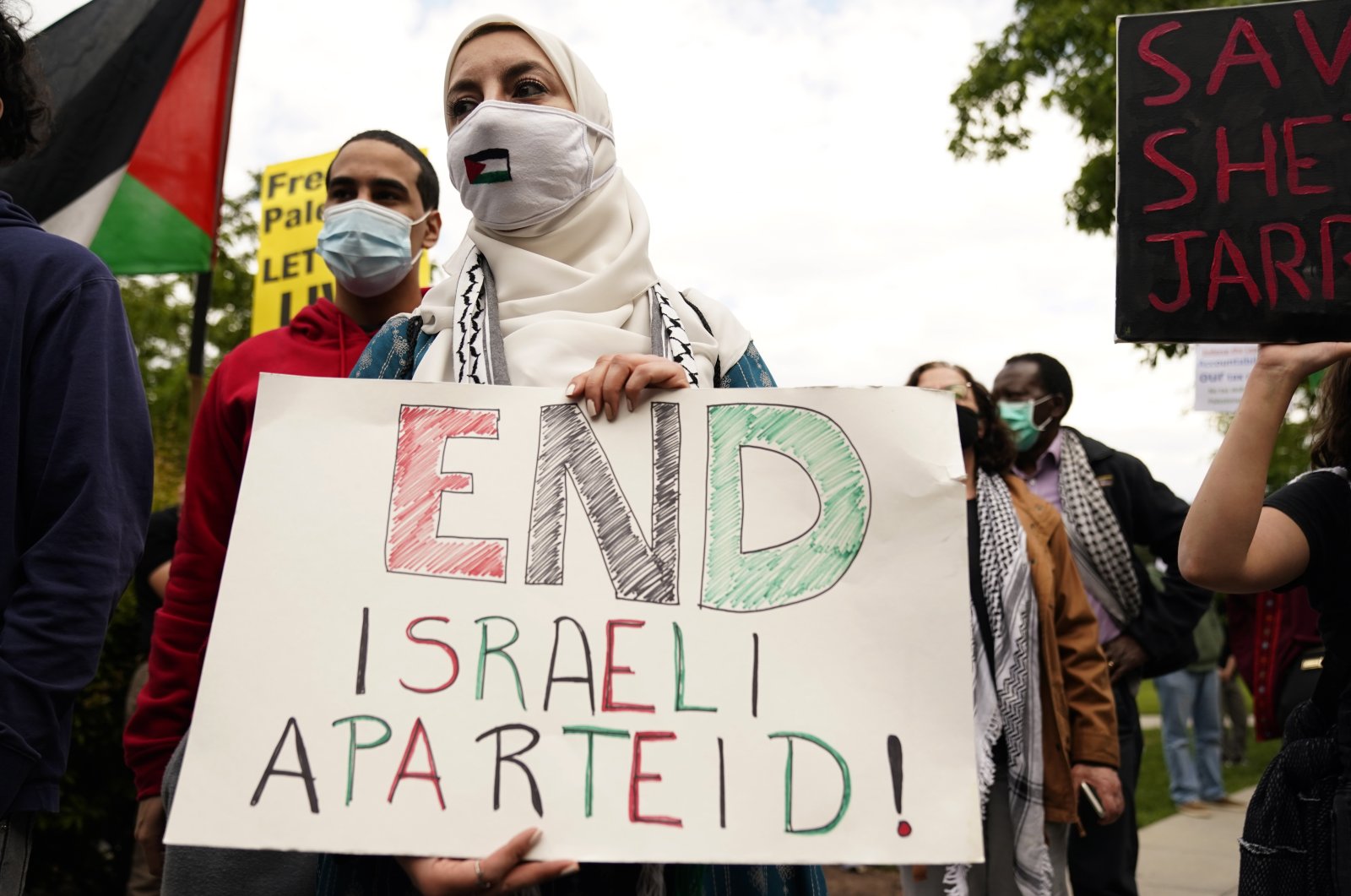 Pro-Palestine protesters take part in a demonstration outside the US State Department in Washington, DC, USA, 11 May 2021. (EPA Photo)
by Daily Sabah May 12, 2021 1:56 am
RECOMMENDED

The Turkish Academic Platform of Quranic Tafsir, a community of Islamic scholars, released a statement late Tuesday, condemning Israel’s ongoing violence against Palestinian civilians and calling upon the international community to take a stance against oppression.

“It is a known fact that the State of Israel has displayed a cruel attitude towards the Palestinian people” by violating their right to live, freedom to acquire property and freedom of belief among other fundamental rights, the platform said.

“Hundreds of Muslims were killed and wounded as a result of these heinous attacks,” the scholars said in the statement.

“It is obvious that these heinous attacks and blasphemous intrusions against those who worship in the Masjid Al-Aqsa, which is regarded as sacred by the celestial religions, offend all conscientious people who observe their religious rituals in these places,” the statement added.

“Therefore, we believe that sensitive Muslim people and administrators of all Islamic countries should act in unison against these atrocities, condemning the State of Israel. Within this context, we also declare that we support all measures and calls necessary to be made by the Turkish Republic for taking action against atrocities perpetrated by Israel,” it underlined.

“We demand that the world political power centers and Jewish academic, political and artistic circles intervene in the situation urgently; we strongly condemn the occupation of the Masjid Al-Aqsa by Israel for its Zionist-fascist attacks against Muslims. Allah is with the righteous.”