UAE pulls out of mediation on Sudan-Ethiopia border dispute 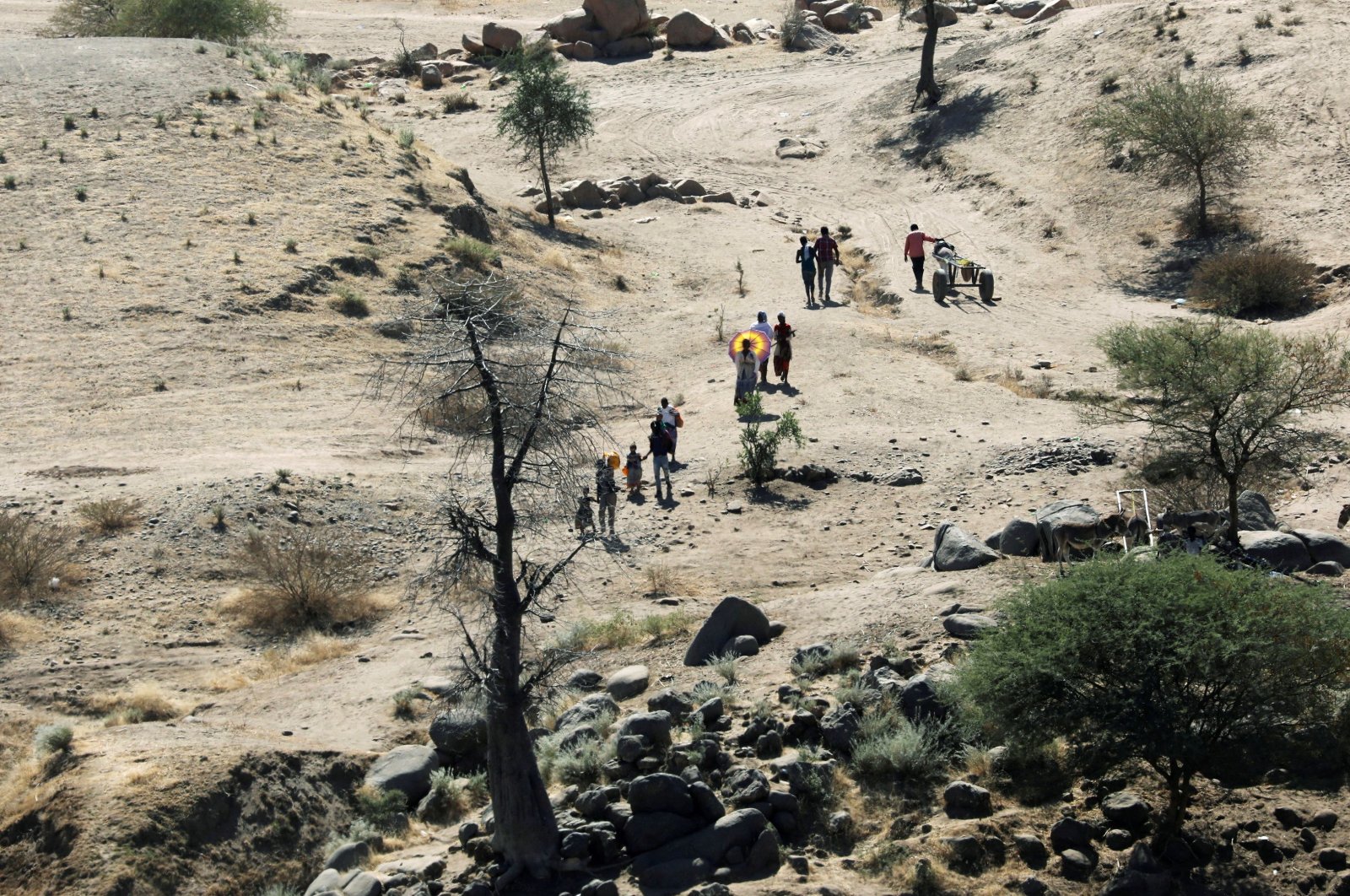 Ethiopians fleeing from the Tigray region walk toward a river to cross from Ethiopia to Sudan, near the Hamdeyat refugee transit camp, which houses refugees fleeing the fighting in the Tigray region, on the border in Sudan, December 1, 2020. (Reuters Photo)
by Anadolu Agency May 24, 2021 3:53 pm

The UAE assured the Khartoum administration that it will respect Sudan's position in the crisis, Saudi-based Asharq news channel cited sources from Sudan's ruling Sovereign Council as saying.

With a 1,600 kilometers (994 miles) long shared border, Sudan and Ethiopia are engaged in a conflict over the al-Fashaqa Triangle, a disputed border with no clear demarcation.

The two countries' dispute was exacerbated when Khartoum declared on Dec. 31, 2020, that its army had taken control of the entire Al-Fashaqa territory, resulting in tensions and armed clashes. Khartoum claimed full control of the territory in the disputed area where Ethiopian militias were present.

Addis Ababa, on the other hand, insisted that the Sudanese army seized control over the Ethiopian area, which Khartoum denied. Sudan demands the establishment of border markers with Ethiopia based on an agreement signed May 15, 1902, in Addis Ababa between Ethiopia and the United Kingdom – on behalf of Sudan. Addis Ababa refuses to recognize the agreement and wants talks to resolve disputes concerning borders.