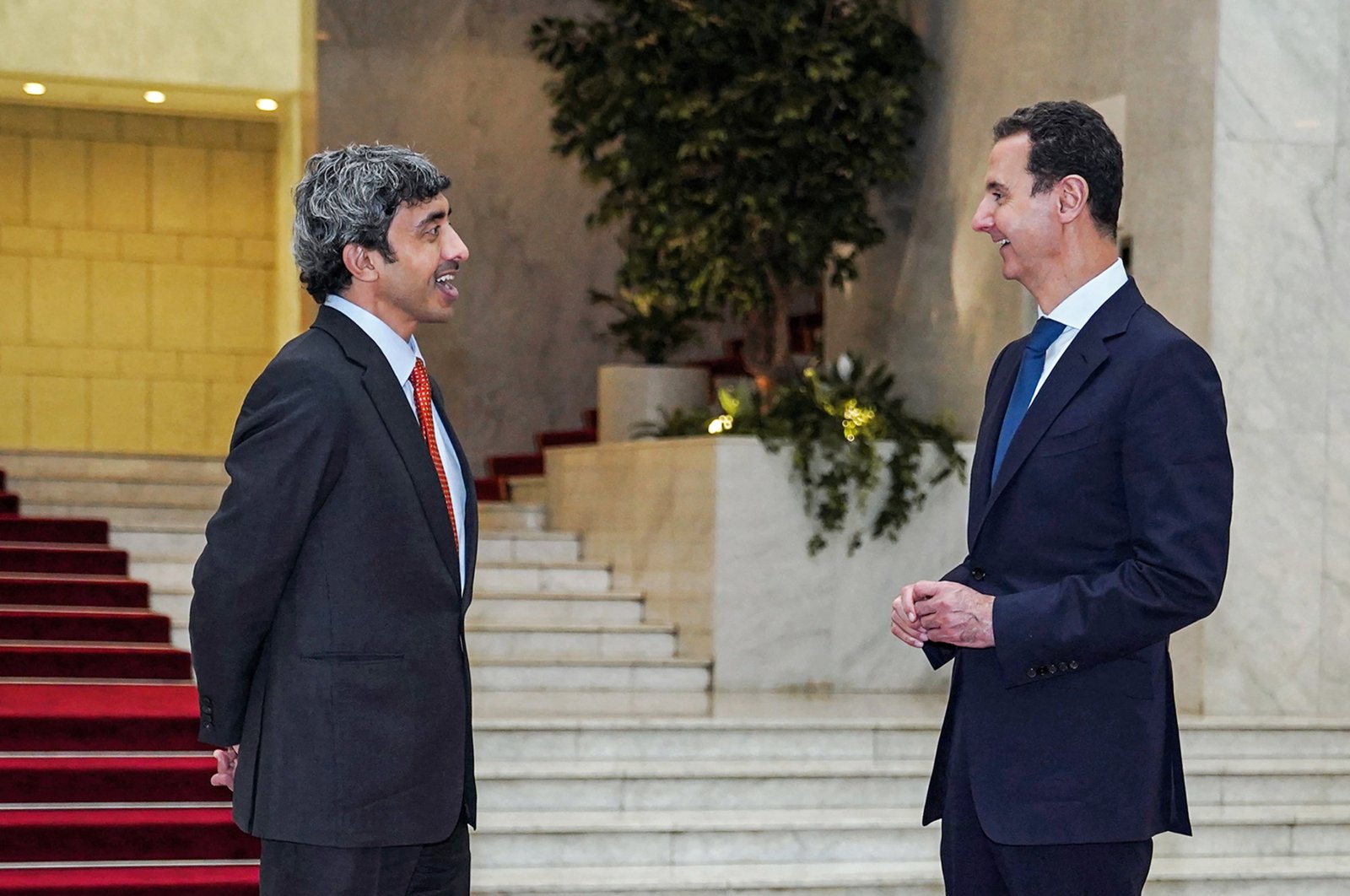 Emirati Foreign Minister Sheikh Abdullah bin Zayed Al Nahyan on Tuesday met with Bashar Assad, head of the Syrian regime in the capital Damascus, in the first high-level visit from the Gulf country since the outbreak of the Syrian civil war in 2011.

The meeting "dealt with bilateral relations between the two brotherly countries and the development of bilateral cooperation in various fields of common interest," SANA said.

According to SANA, Assad spoke of "close brotherly relations" with the United Arab Emirates (UAE) and what he called "objective and correct stances adopted by the UAE, stressing that it has always stood by the Syrian people."

Zayed, for his part, affirmed his country's support for efforts aimed at achieving stability in Syria.

This is the first official visit by a high-level Emirati official to Syria since the outbreak of the civil war in the country in March 2011.

On Dec. 27, 2018, the Gulf state reopened its embassy in Damascus, after seven years of closure at the level of charge d'affairs.

In June 2020, the administration of then U.S. President Donald Trump warned Abu Dhabi of the repercussions of the continued normalization of its relations with the Assad regime, and the possibility of facing sanctions under the Caesar Act, which targets everyone who deals with the Assad regime.

Since July, Arab normalization steps with the Syrian regime have accelerated, especially by Jordan, the UAE and Egypt, represented by mutual meetings, agreements and economic understandings.

The next Arab League summit in Algeria in March is expected to discuss restoring the membership of Syria, which has been frozen since 2011 due to the violence of the Assad regime against its people.

In March 2011, popular protests erupted in Syria, calling for the start of a peaceful transfer of power, but the Assad regime chose to suppress it militarily, which pushed the country into a devastating civil war.